Nissan has confirmed the longer-range Leaf e+ electric car will come to Australia next year. Here’s our first-drive review ahead of its arrival.

The new Nissan Leaf e+ is exactly what it says on the tin: a Leaf, but with a bigger battery and a longer range. It barely feels any different to the regular model, and even with this extra range it can’t match rivals such as the Hyundai Kona Electric. Cheaper Leaf models make more sense.

The Nissan Leaf e+ is a new version of the Japanese brand’s popular electric car that has a bigger battery and a new motor. This more powerful set-up isn’t quieter than the lower-spec one, nor does it deliver power differently. It’s just that if you want to pay a bit more money for your Leaf, you get a bit more power and range. 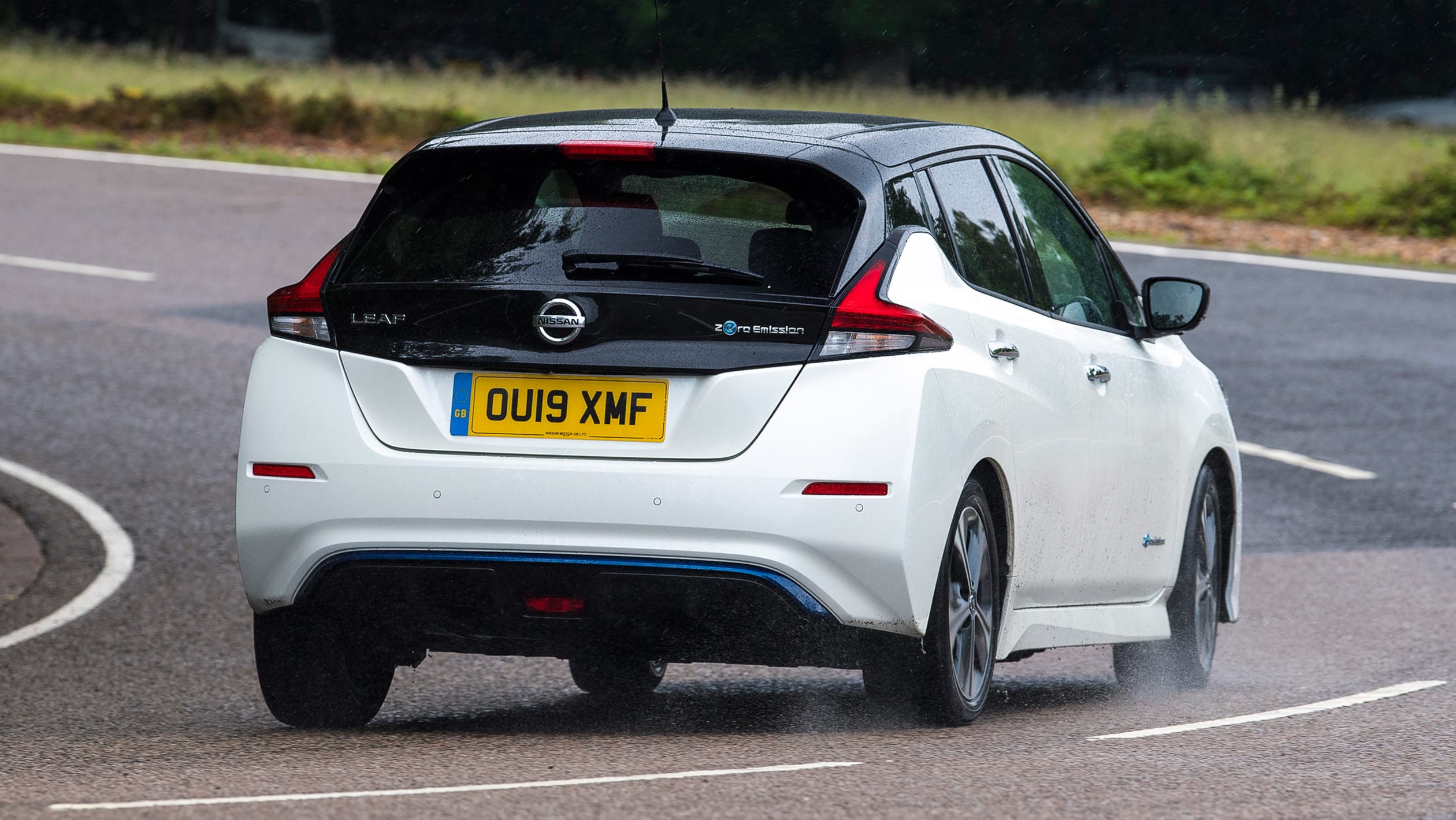 The Hyundai is a better car in nearly every way than the Leaf, too. For a start, it’s more comfortable and easier to drive, as although the Leaf’s suspension is well-judged and deals with beaten roads well, the driving position is ergonomically awful. It has no reach adjustment for the steering wheel and a seat that’s set way too high up. A revised suspension set-up for this e+ model hasn’t changed much about the way the car handles or rides – it’s very similar to the standard model. The Leaf isn’t bad to drive, with reasonably well-weighted steering and the instant power delivery that you’d expect from an electric car. However, the more powerful motor isn’t that noticeable from behind the wheel.

In a petrol or diesel, 160kW is rather a lot in a car the size of a Leaf. Yet the Leaf e+ barely feels any faster than the lesser version (the new model goes from 0-100km/h an almost imperceptible one second quicker), especially once you’re up to speed. Like all EVs, its punchy low-speed acceleration can be fun, but it soon runs out of steam as you go faster.

It’s not worth buying this model based on the more powerful motor, then, so really the decision is about the longer range. Its figure of 385km is good, and it will help make longer trips more palatable – but as most people drive less than 50km a day, the 270km range on the standard version is more than good enough for those with a conventional car on the drive as well.

The Leaf’s cabin is a little drab and cheap-looking too, with hard-wearing materials even on this top-spec model, though there are leather seats and a nicer infotainment system for the Nissan over what it used to use. The 8.0-inch touchscreen display also uses Apple CarPlay and Android Auto as standard, so you can bypass Nissan’s own system.

Indeed, the Leaf e+ delivers its primary purpose in spade: more range. But if you really need a longer range some similar-price rivals might be worth a look; though we admit, we’ll have to wait and see how Nissan Australia price it here.