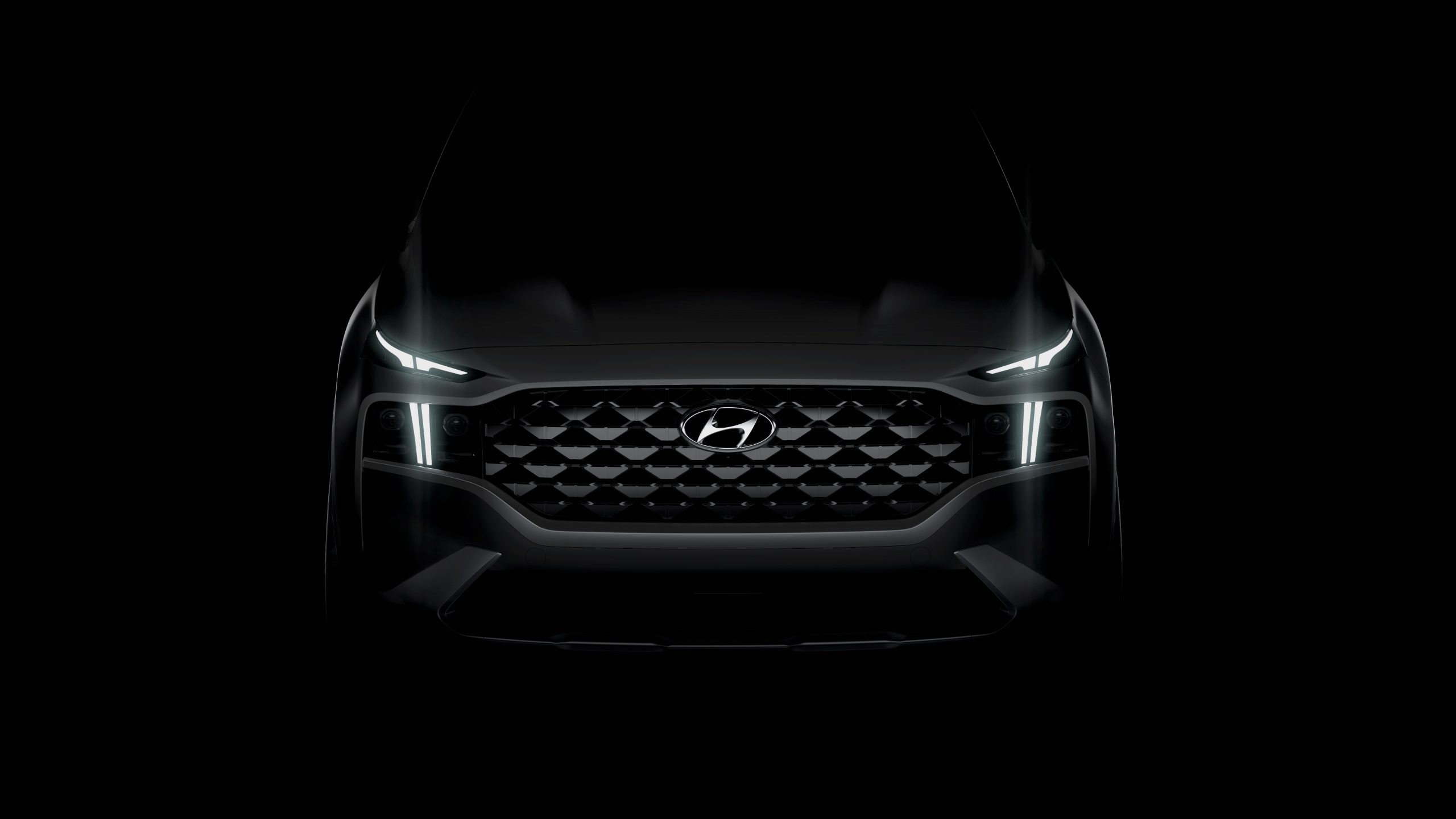 Hyundai’s sharp-looking 2021 Santa Fe facelift is on track to arrive in Australia soon.

Touting the 2021 model update as the “Ultimate family adventure vehicle,” the facelift will bring a hefty revision to the exterior and interior aesthetics.

Most striking is the new front (at least until we see an interior image), which continues with narrow LED headlights with added downward claw. There’s also a new wider grille that has been completely redesigned. Hyundai says that the geometric pattern grille produces a “striking stereoscopic effect” and that there are “eye-catching T-shaped DRLs that hint at technological enhancements,” without telling us what those are.

The two images shown depict subtle differences, pointing to alternate fascias depending on model grades or capabilities, with a hybrid or N-Line model the likely reason for the changes upfront. Of course, details will follow in good time.

The 2021 facelifted Hyundai Santa Fe will replace the current 2020 model Santa Fe on sale in Australia now and is expected to arrive on our shores later this year. A hybrid and plug-in hybrid Santa Fe are also on the cards, with the model using the same 1.6-litre turbo four-cylinder petrol hybrid drivetrain found in the 2021 Kia Sorento – a vehicle that Kia’s tells us won’t be offered as a hybrid in Australia.

With pricing currently starting at $43k before on-roads for the entry-level Santa Fe and topping out at $61k for the Highlander flagship, a plug-in hybrid could be priced near the pointy end of the lineup.