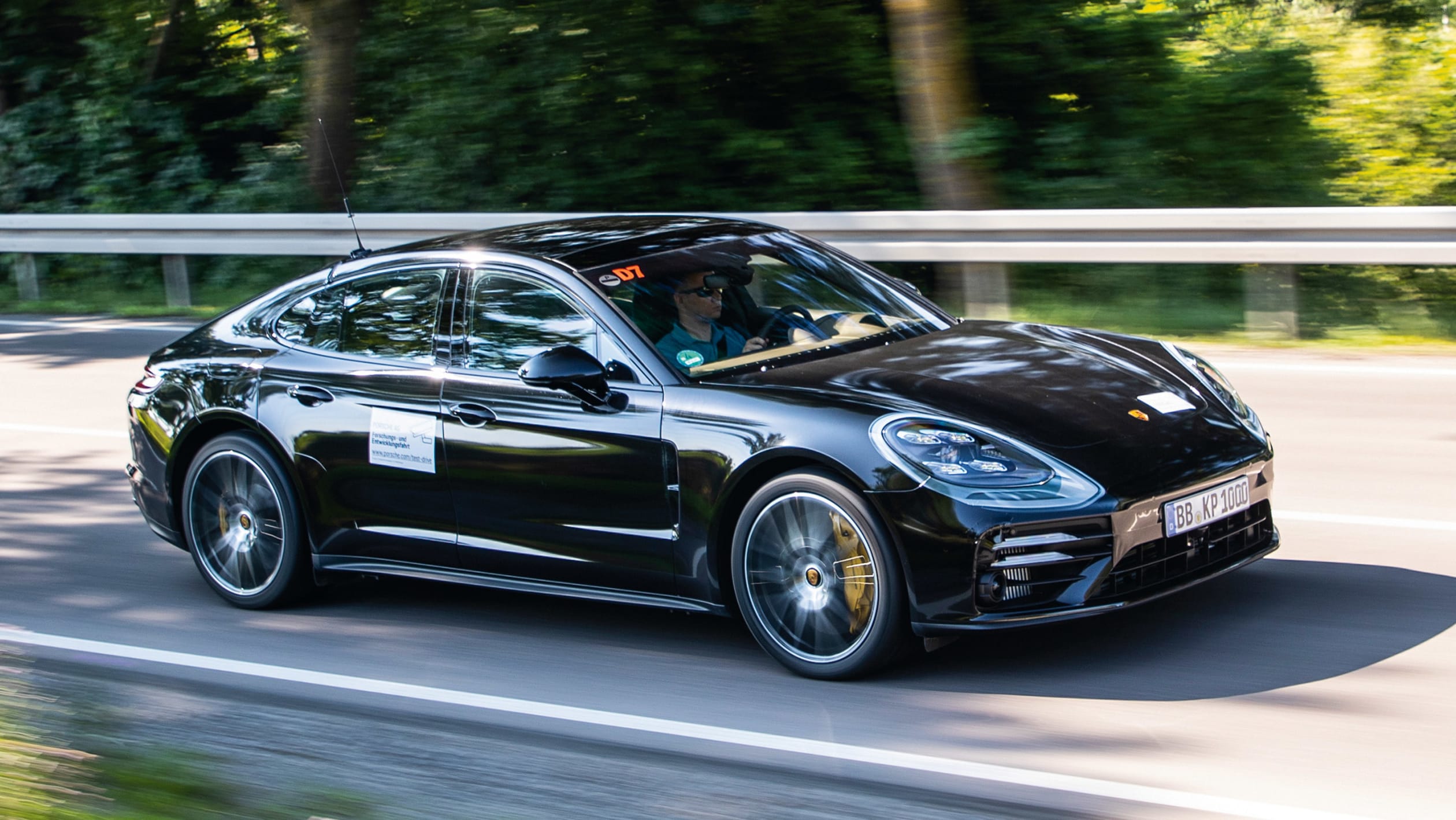 We ride shotgun around Germany’s Black Forest in a prototype of the new 463kW V8 Turbo S Panamera.

Porsche has faced one of its toughest makeover challenges for years with the Panamera. The super-saloon has been honed over two generations, and the German firm seemed happy with its work on the current model. So which direction should it take with the facelift?

Luckily, thanks to the 911, Porsche’s engineers have had plenty of experience of chipping away at a model over time. So the facelifted Panamera will get more performance, the chassis will be finely tuned, and smarter multimedia will be introduced for its late-2020 debut. What the Panamera will not get is a radical styling overhaul. There’s a new graphic in the rear light strip, a redesigned rear diffuser and, at the front of some versions, a new bumper and headlights. Factor in three new alloy wheel designs and a couple of additional paint colours, and that’s about the lot for the exterior.

Inside, there’s a smarter voice control system and a new infotainment processor that allows the whole system to react faster, and improved, full-HD resolution on the 12.3-inch, 21:9-ratio touchscreen. The changes beneath the bonnet are more considerable – especially at the top end of the range. The headline news is that the current 404kW Turbo is being replaced by a Turbo S with 463kW. The more driver-focused GTS will also get a boost, up from 339kW to 353kW.

The existing V6 turbos in the Panamera 4 and 4S escape the overhaul, so they stay at 242kW, but there will be a third plug-in hybrid in the shape of the 4S E-Hybrid, with around 412kW. This model slots between the revised 4 E-Hybrid and Turbo S E-Hybrid, and all three get a bigger battery than before – up from 14.1kWh to 17.9kWh – for additional pure-electric range.

We joined Porsche’s engineers undergoing sign-off work with the Turbo S and 4S E-Hybrid in the Black Forest. There, on Germany’s equivalent of B-roads and country lanes, both cars showed fine balance and composure. To achieve this, the technicians have re-engineered the car’s three-chamber air suspension, as well as tweaked Porsche’s active anti-roll system (PDCC) that’s designed to be more sensitive. The firm certainly seems to have succeeded.

The Turbo S, with its new 4.0-litre twin-turbo V8, is in a league of its own, with astonishing brute force and thrust (and a great ability to get that power to the tarmac cleanly), plus a great exhaust note.

The standout feature on the E-Hybrid is how well the petrol engine, electric motor and eight-speed dual-clutch auto interact. Soften your driving style accordingly and you’ll be able to use electricity alone for surprisingly long distances – and doing so increases the already-impressive refinement another notch. There wasn’t really much for Porsche to do with this facelift, but even so the changes – particularly under the skin – feel deeply impressive. The Panamera drives more crisply and steers more sweetly than ever before, and the range-topping Turbo S’s motor is an experience in itself.