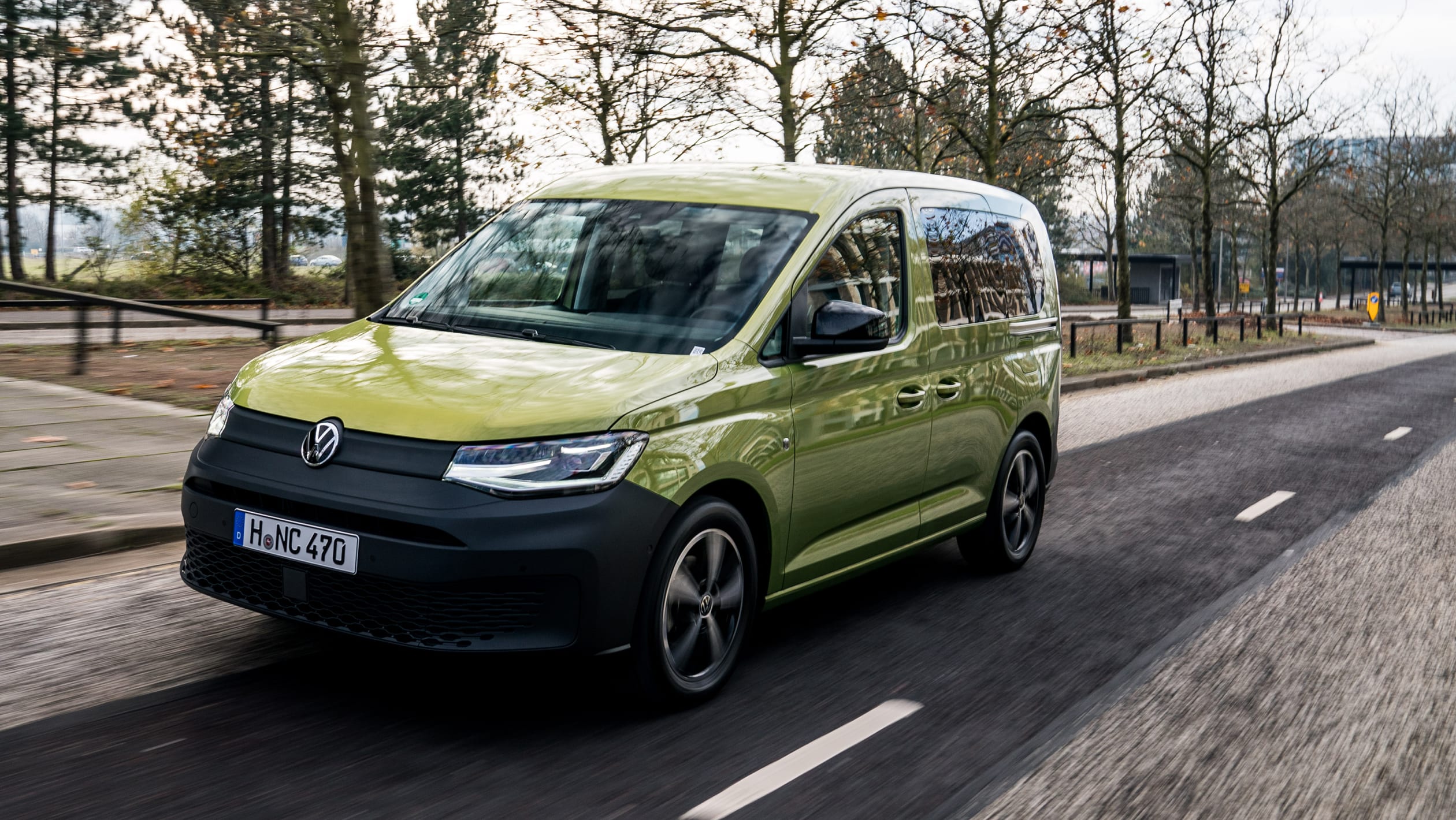 The new Caddy will arrive in Australia early in the second half of 2021, and our first-drive review uncovers a greatly improved new van.


With dwindling choice available in the pure MPV class, buyers in need of a car with decent people-carrying ability are having to broaden their horizons. And for those that need to carry the maximum amount of passengers and luggage at the same time.

The Caddy 5 is based on the smallest van in VW’s commercial vehicle range, the new Caddy Cargo, but for this fifth-generation the van has tapped into the technology and engineering of the latest Golf Mk8 to deliver a drive that’s more car-like than ever. From the outside, the Caddy MPV still has a typically van-like body to maximise space, but the styling details are smoother to help make it easier on the eye. The slender headlights have a style similar to that of the latest Golf, while the minimalist design looks relatively smart. At the back, an effort to improve aerodynamic efficiency means there’s an upright Kamm-style rear end with the roofline tapering down slightly, while the model badge emblazoned across the bootlid is another cue taken from the Golf.

Inside, the dashboard is relatively upright – another van-focused feature that’s designed to move the cab as far forward as possible to maximise carrying capacity further back. There’s a fair amount of grey plastic on show, too, but VW has incorporated a lot of the latest technology from the Golf Mk8 here. The switchgear is a clear carry-over, with the Golf’s touch-sensitive light control panel, column stalks and infotainment screen all present. There’s a 10-inch touchscreen and VW’s digital dials on top-spec models, too. The Caddy also features sliding temperature controls, which are mounted in a groove below the touchscreen, but in practise these are tricky to use on the move, especially if you want to fine-tune the cabin temperature.

It’s easy to get comfortable at the wheel, though, and thanks to that high roof there’s plenty of space inside. The five-seat interior offers good accommodation for all occupants – although the dark tinted rear windows mean the cabin doesn’t feel quite as spacious as you might expect. Back seat access is boosted by the standard sliding doors, though. Open the large tailgate, and you’re greeted by a vast boot that’s a uniformly square shape, while the back seats are removable if you need maximum carrying capacity. Those seats have been lightened when compared to the previous generation Caddy – although they will still be pretty weighty to remove – while the fully carpeted floor means it’s not quite as ‘work ready’ as the van versions.

We drove the 75kW 2.0 TDI diesel, which is expected to be the best-seller in the range. That large capacity means its maximum 280Nm of torque is available from a lowly 1400rpm, and while we drove the Caddy while unladen, we don’t expect it to struggle with a big load on board. The engine is audible when accelerating, but it’s far from being loud, while the six-speed manual gearbox has the typically solid feel of a VW transmission.

Since the Caddy 5 is based on VW’s MQB platform, the difference in handling between it and the previous generation Caddy is like night and day. This is a car that belies its boxy looks by delivering decent grip and surprisingly sharp handling. The steering responds quickly to your inputs, while body roll in corners is kept well in check. The ride is a little fidgety over bumps – but that’s sure to smooth out with a bit of weight on board. There’s some wind noise from the door mirrors at motorway speeds, but overall the Caddy 5 is a quiet and refined people carrier.

If you want more space than a VW Golf can offer, then the Caddy 5 offers similar quality and identical tech in a spacious and practical package. There’s no getting away from the boxy looks, but the styling touches do at least separate it from its van-derived competitors, while the practical touches inside mean it’s a versatile family wagon. More oomph and lower suspension brings Golf GTI closer to the reward of its best rivals. Go to a test track anywhere in the world...
Read more
Facebook