2022 Fisker Ocean available to order in the US now 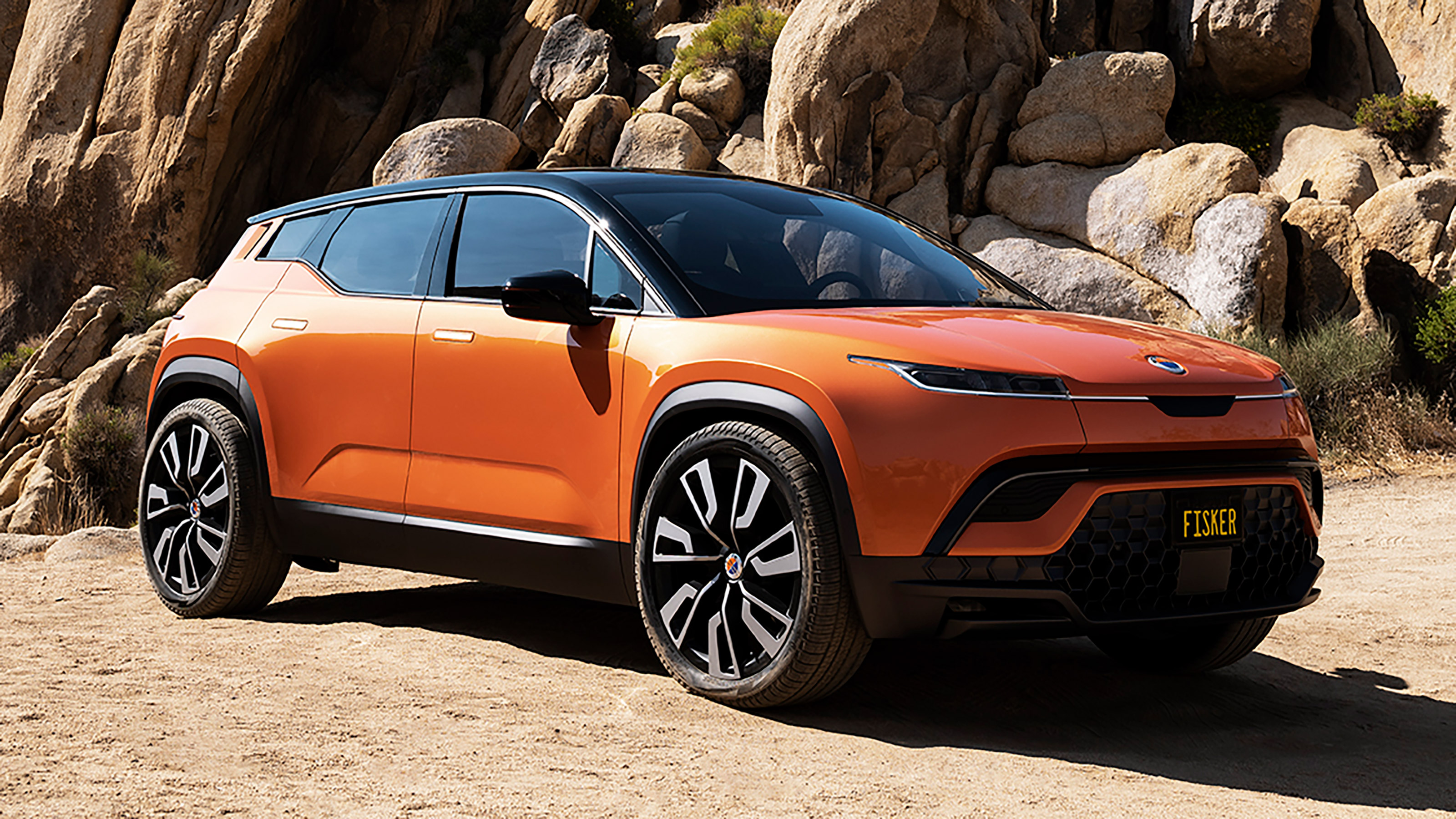 Fisker has moved one step closer to the launch of the new new Ocean electric SUV by revealing a base price in the USA and opening order books, with prices starting from $37,499 (roughly AUS$48,000) before local taxes or any electric car subsidies.

Buyers can reserve a build slot for a refundable deposit of $250 (or AUD$320), with the first cars expected in showrooms next year.

Fisker has previously suggested it intends to launch a right-hand drive version of the Ocean in 2022, which will be homologated for safety standards outside of the US, meaning Australia could soon receive another rival for the Mercedes EQC and Audi e-tron.

Specifications for the base model with its AUD$48,000 price have not been revealed, and Fisker will detail the Ocean line-up later in 2021. Previously, the company had revealed that the range topping version will use an 80kWh battery pack, offering between 400 and 480 kilometres of range. High-spec versions of the new electric SUV can recover an 80 percent charge in around 30 minutes from a DC charger, and even 350kW charging technology has been touted.

The range-topping version Fisker Ocean will feature an electric motor on each axle, giving the SUV a combined output of 225kW. An entry-level, rear-wheel drive variant is also in the pipeline, although the company is yet to confirm its specifications. However, it will likely use a smaller battery pack and arrive with a much smaller working range, if the price tag is anything to go by.

Later in the car’s life-span, Fisker may even launch a high performance version with a sub-three second 0–100km/h time.

Fisker says the Ocean has been designed to be as ecologically sustainable as possible. The car’s seats are trimmed using recycled polyester fibres, while its interior carpets are made from recycled nylon, sourced from abandoned fishing nets (which ties-in rather nicely with the SUV’s nameplate).

The Ocean’s roof also features a solar panel, which drip-feeds the SUV’s battery pack and provides a claimed additional range of 1,600 kilometres per year. Fisker says it will also utilise the discarded rubber waste from tyre production for several components in the Ocean, which prevents the offcuts from going to landfill and ultimately lowers the SUV’s carbon footprint. Finally, to save money and weight (as well as benefit the SUV’s aerodynamic efficiency), the Ocean’s bonnet has been fixed shut. The space gained under the nose houses the SUV’s electronics and a next-generation, ultra-efficient air-conditioning unit, which Fisker says increases the amount of available cabin space.

The Ocean is based on Fisker’s new FM29 platform, which has enough space over the rear axle for a third seating row. The company says the cabin has been designed to seat five adults, though – and the dashboard will be littered with all the latest technology.

Buyers will get a 9.8-inch digital instrument cluster, a head-up display and an enormous 16-inch infotainment system, which offers support for Apple CarPlay and Android Auto. Fisker also says it plans to include an augmented reality navigation system, although the specifics of the hardware are yet to be confirmed. Entry-level cars will come with 20-inch alloy wheels, while range-topping models will feature 22-inch alloy wheels. The Ocean will also come with a range of practical extras, including a tow-bar, roof-rails and a retractable rear screen, which allows oversized items to be carried in the SUV’s boot without the need to leave the tailgate open.

The Ocean will also come with a setting called “California Mode,” which lowers the SUV’s side and rear windows to provide what Fisker calls “open-air” atmosphere in the cabin. It’ll be fitted as standard across all of the car’s option packages, although it won’t be available on the base-model.

Fisker says it will introduce new ownership and purchasing methods with the Ocean, with one option being a short-term lease through a dedicated smartphone app.

In effect, buyers will have the option to lease the Ocean in a similar way they would to a smartphone, paying an initial deposit of $2,999 (AUD$3,875) followed by monthly payments of $379 (AUD$490). When the user is finished with the car, they can choose to give it back to Fisker at any time they like – assuming that they cover fewer than 50,000 kilometres per year. 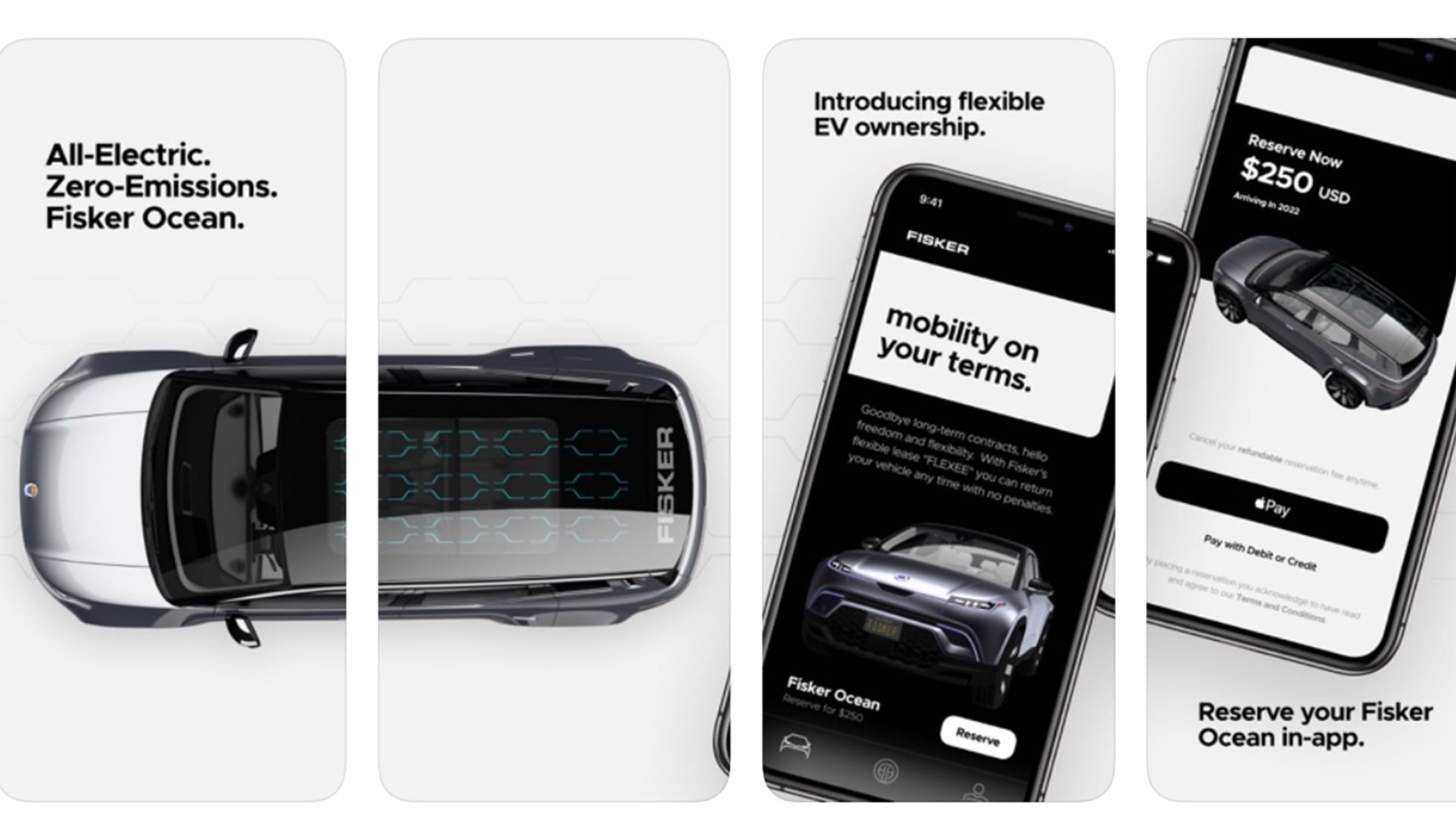 Fisker also promises that servicing will be a completely stress-free process. The brand will send a technician to collect and return the vehicles whenever maintenance is needed or a service is booked – all of which can be arranged through a mobile app.

Henrik Fisker, Chairman and CEO of Fisker Inc, said: “For the past two years, we have been working quietly on an affordable luxury electric vehicle that will serve as a flagship for driving positive global change – from the most sustainable materials possible across the supply chain to practicality that will change the perception of what an EV can be.

“The future of mobility is about enjoying an electric vehicle without hassle, long-term commitment and the prohibitive high cost of ownership. Driving the Fisker Ocean will be easy: through a flexible lease via a mobile app. And we take care of all the service and maintenance. Simply put, we’re introducing the future of hassle-free, fun and easy e-mobility.”