The new Hyundai Ioniq 5 is on sale in Australia, priced from $71,900 before on-road costs. It’s the first model from the Korean manufacturer’s new pure-electric sub-brand that rivals the likes of the Tesla Model 3.

Just two launch models will are being offered for buyers initially, though an expansion of the range will arrive later.

The Ioniq 5 is based on the Hyundai Group’s new E-GMP electric underpinnings, which will form the foundations for the brand’s assault on the electric car market. The Ioniq 5 will be joined by a sedan and a larger SUV, as well as smaller models.

The range-topping model ($75,900) features the same battery pack, but an extra electric motor on the front axle which gives the Ioniq 5 four-wheel drive and an output of 225kW and 605Nm of torque. The extra grunt slashes the EV’s 0–100km/h time to 5.2 seconds, although its maximum range figure takes a slight hit at 430km. Both cars feature the exact same equipment beyond the driveline.

You can read our Ioniq 5 AWD review here.

Charging shouldn’t be too laborious a task, either, as the Ioniq 5 comes with 800v electrical architecture as standard, meaning it’s capable of super-fast charging normally reserved for premium vehicles, such as the Porsche Taycan.

Hyundai says the system can receive DC charging feeds of up to 350kW, which allows both batteries to charge from 10 to 80 percent capacity in just 17 minutes. When connected to a more accessible 50kW feed, the 58kWh battery can be fully recharged in 46 minutes, while the 73kWh model takes 56 minutes. 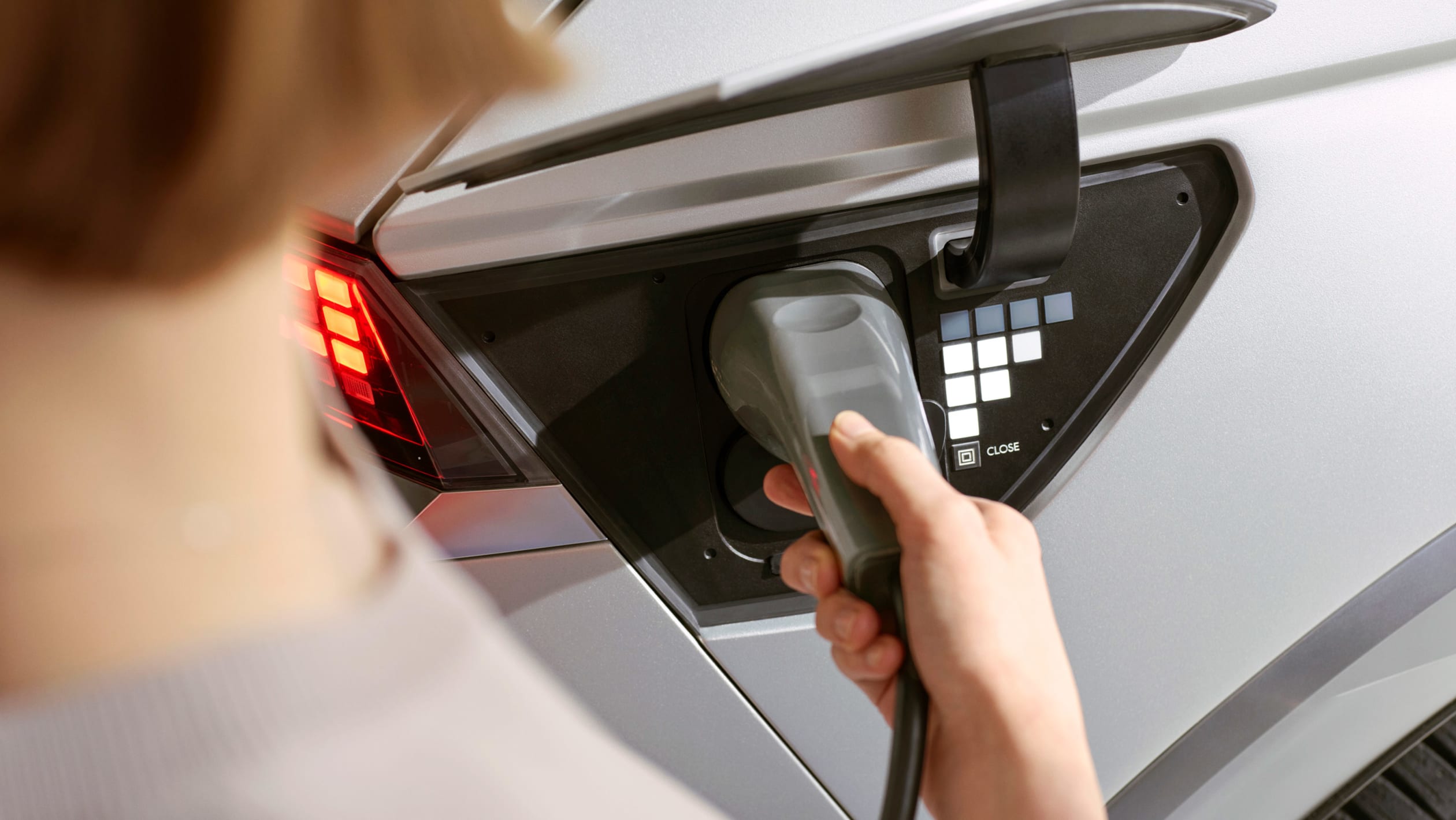 In addition, the Ioniq 5’s charging system has bi-directional functionality. This is most likely to be used in the cabin, where a conventional power socket will allow users to plug in a laptop, for example. But the car’s charging port – situated at the rearmost tip, beyond the back wheel – can also export charge as well as receiving it. So in theory, the 5 could provide electricity to another vehicle at up to 3.6kW via a conventional Type 2 cable. No details of this system have been given for the Australian version, however.

Extra equipment for the two Launch Editions are 20-inch alloy wheels, LED headlights and cool pop-out door handles. The rather flash matte gold paint is a $1000 option on either front or all-wheel drive speciation vehicle.

The Ioniq 5 is a 4.6-metre-long hatchback although the positioning of the battery pack in the floor lifts the passenger compartment to a height where Hyundai is actually referring to the body style as a crossover.

The E-GMP underpinnings give the car a particularly long wheelbase for a vehicle of its size; at 3000mm it’s longer than that of an Audi A6, even though the new EV is more than 300mm shorter than the A6 overall. 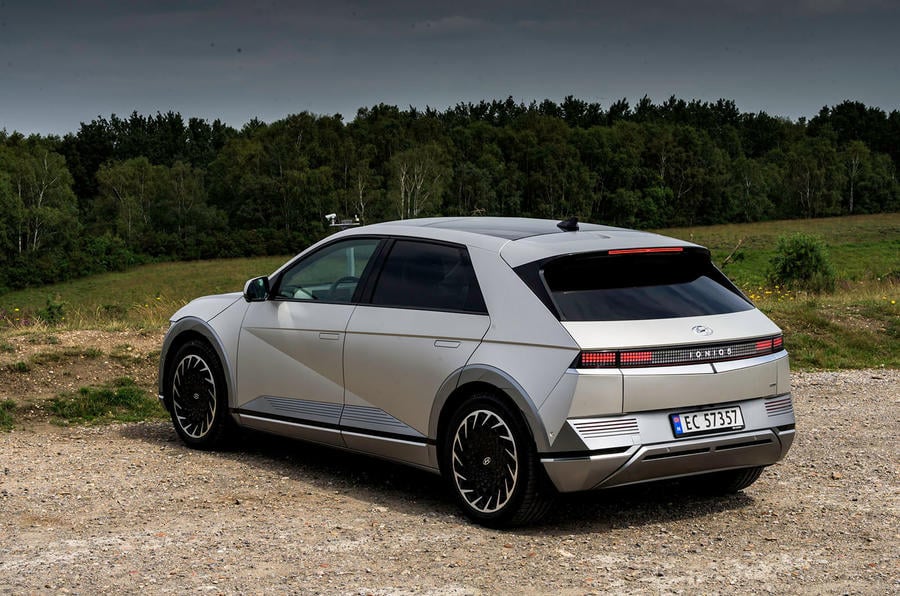 The looks of the Ioniq 5 are inspired by a show car that Hyundai produced in the seventies. Based on the humble Pony hatchback, the Pony Coupe Concept was a striking sharp-edged creation penned by Giorgetto Giugiaro at ItalDesign. This, in turn, influenced the 45 Concept, a show car that previewed the Ioniq 5 back in 2019.