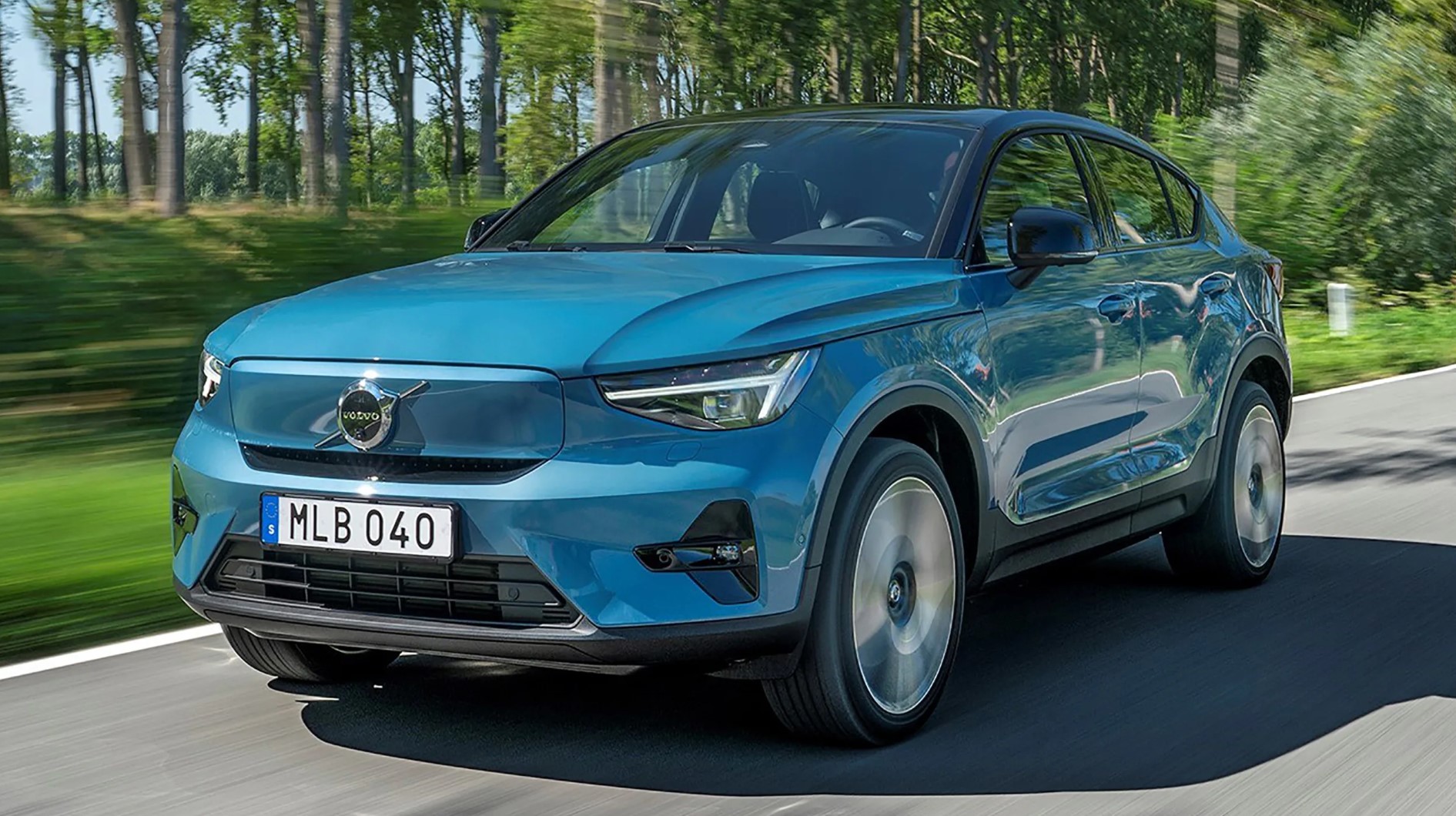 Volvo was the first mainstream manufacturer to commit to a fully electric future, when the brand made its headline-grabbing pledge to phase out internal combustion power back in 2017. However, four years on from that grand announcement, we’re only just driving the brand’s first standalone electric model – and it’ll be an even longer wait for Australia as Volvo suggests a late-2022 arrival, although we’ve nabbed one of the first drives in the world at Volvo’s home country, Sweden.

When it does arrive here, it will come into a compact premium electric SUV sector that is red hot with rich pickings for buyers of these sorts of cars. Notable rivals include the likes of the Audi Q4 e-tron, the Mercedes EQA and the Hyundai Ioniq 5. The Volvo C40 uses the same platform as the XC40 – Volvo’s CMA architecture for smaller vehicles – and from launch the sole powertrain option is familiar too. It’s the 296kW dual electric motor setup found in the fastest versions of the electric XC40 Recharge and the Polestar 2, badged Twin Pro in the C40’s case.

The motor system is supported by a 78kWh battery pack (75kWh usable), while the 150kW DC charging tech enables an 80 per cent rapid charge in 40 minutes at a fast enough charging terminal.

Perhaps none of these figures truly leap off the page. Partly because they’re all respectable, but not class leading specifications in what is a rapidly expanding market. But mainly, it’s because this landmark car – Volvo’s first model available only with electric power – is more of an amalgamation of the brand’s latest technologies, than a quantum leap forward for them. That’s being saved for next year, when the brand will launch the first of its next-generation EVs on the new SPA2 platform.

Perhaps the familiarity of the C40 will be a welcome sight for some Volvo buyers going electric for the first time. But for many, the car will appear to be little more than a style driven alternative to the XC40 Recharge.

Though there are plenty of surfacing and detailing changes, not to mention the swoopy new coupe profile, the footprint of the C40 means it occupies the same road space as its XC40 sibling. Its interior is extremely similar too, save for some trim changes. It’s available with the same dashboard inserts as the XC40, but the C40 introduces thin, backlit plastic veneers. Everything is still oriented around a nine-inch portrait touchscreen infotainment system, now running Android Automotive software with Volvo graphics. As we’ve found in other new Volvos running this new infotainment setup, it’s a welcome addition with direct Google integration and mapping presented in a familiar fashion, and it’s joined by a well updated digital instrumentation system too. It’s a good thing that the new technology is so neatly presented, because you’ll need to rely on it – Apple CarPlay is not supported yet, but is coming in an over-the-air update.

The C40’s interior is far from cramped and legroom is good for an SUV of this size but rearward visibility is quite restricted compared with the XC40, and headroom is eaten into ever so slightly as well. Boot space stands at 413 litres – again a reduction on the XC40, but still good for a family car. The boot opening is wide and there’s no awkward lip to get over either.

To start the C40 you don’t need to hit an ignition button – it’s on as soon as you unlock and enter the car, and simply engaging drive on the selector gets things moving. Once you’re rolling, the weight of the C40 can’t really be disguised by what feels like expensive and meticulously engineered damping. It rides well on imperfect and cobbled surfaces, but feels a little more prone to fidgets on faster flowing, smoother tarmac than you’d perhaps expect. Overall, it’s a comfortable EV, though not without a little excess wind noise on motorways, where sleeker cars like the Q4 e-tron cut through the air a little more quietly.

As for range, several tools at your disposal can aid in eking out as much as possible from the battery, but the C40’s trip computer estimated 412km on a fully charged battery – a thoroughly useful figure, but not a huge total considering the capacity. The steering is trademark modern Volvo, with a light, resistance-free feel to the way the wheel turns. It can be artificially bolstered by diving into the driving settings on the touchscreen setup, but it’s still far from a sporty feeling setup, which is at odds with the level of performance on offer.

The C40 will get the single-motor, lower range and less expensive powertrain options just made available on the XC40 Recharge, but the 296kW Twin Pro powertrain is all that’s available for now. As you’d expect, it imbues the C40 with a level of performance the compact electric crossovers from Mercedes, Audi and others can’t hold a candle to. Even the 4.7 second 0-100km/h time feels like it could be a little conservative, and perhaps only the imminent arrival of the Tesla Model Y Performance will provide this version of the C40 with a pound-for-pound acceleration rival. But rivals with similar-sized battery packs to the Volvo can eclipse the car’s claimed 442km range, many of them reaching beyond the 480km mark.

The addition of the C40 to the Volvo line-up presents a puzzling conundrum. It’s a good electric car, but we’re not sure what more it offers over the XC40 Recharge other than its styling, as its range advantage is negligible. For now, you can only buy the expensive Twin Pro model, too. Perhaps it will make more of a case for itself when the line-up expands to include cheaper variants. 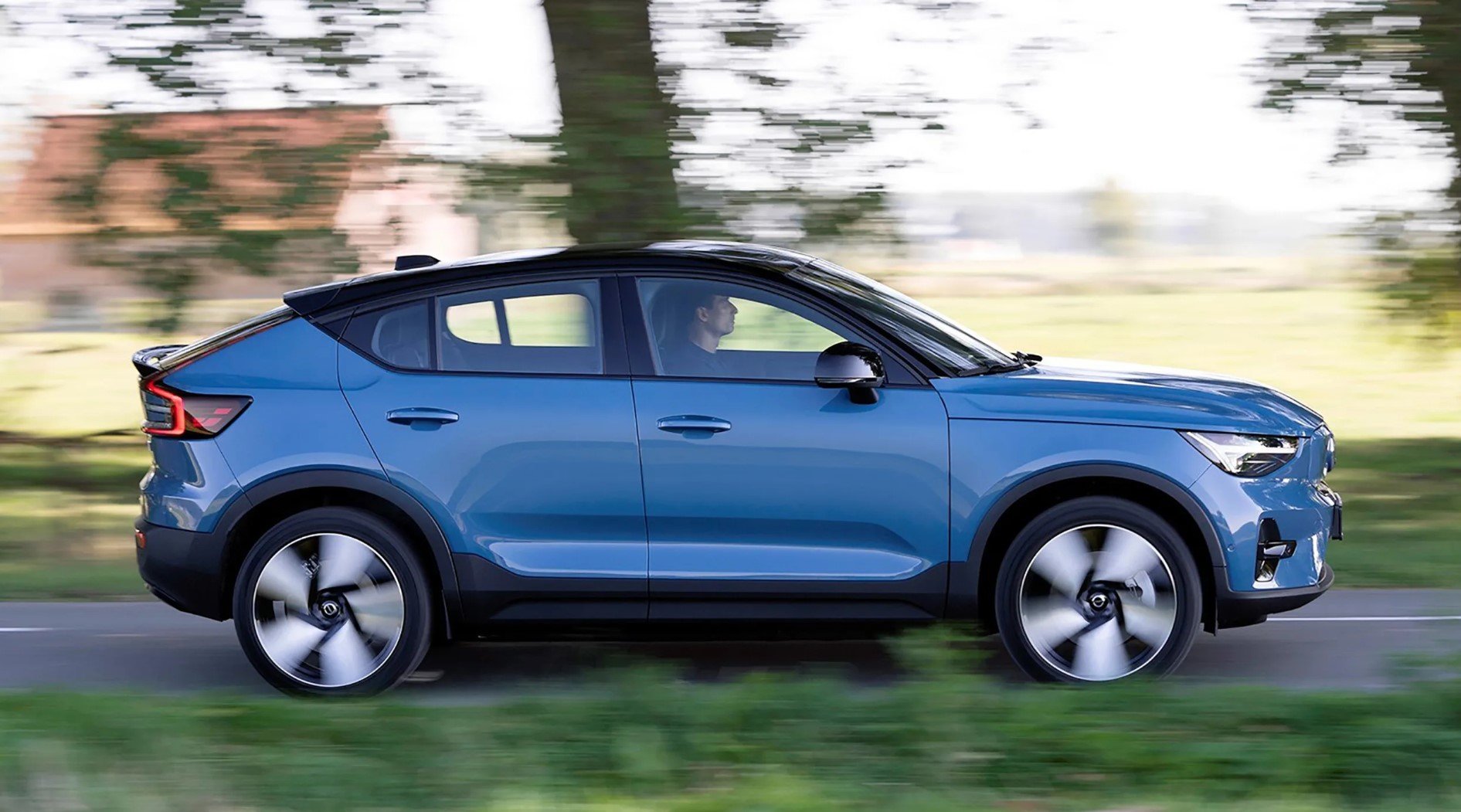