Good looks, high equipment levels and performance to match make this Chinese car one to watch for Australia.

After owning Volvo for a decade and making numerous global investments in the automotive market, Chinese company Geely should by now need no introductions.

Zeekr, however, does. It’s Geely’s new all-electric brand, spun out from Lynk&Co, a nascent maker itself. Unsurprisingly, given the name, the 001 is Zeekr’s first model. 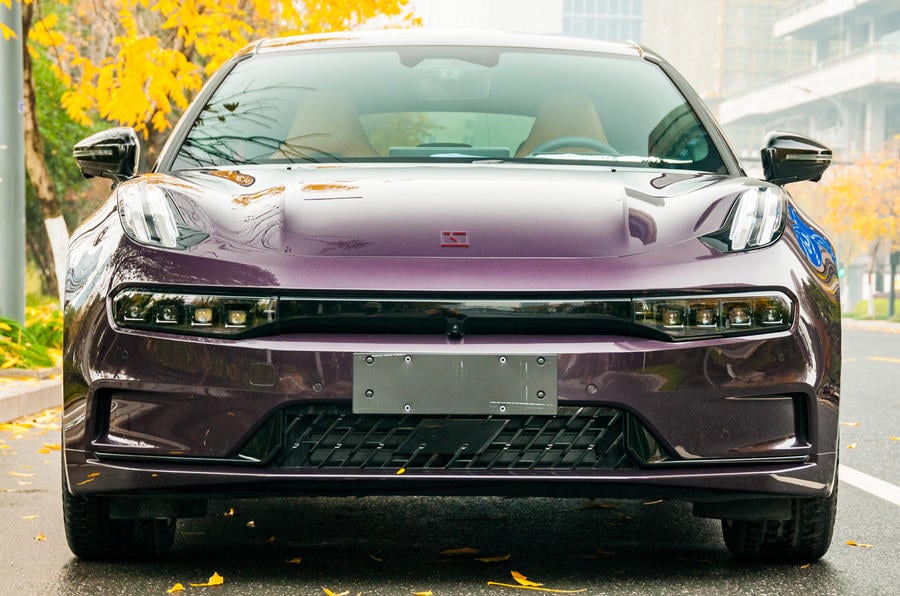 It rides on Geely’s brand new Sustainable Electric Architecture (SEA) platform, which will also underpin the forthcoming Smart electric SUV and future Polestar models. With Polestar only recently launched in Australia, Zeekr’s arrival may be a while away, but how does it stack up against its sibling EV brand?

Billed as the world’s first electric shooting brake, the 001 aims to cash in on the growth in demand for performance EVs. And there’s certainly performance here: in the range-topping AWD model, 400kW is generated by two electric motors – one per axle – and a 0-100km/h time of 3.8sec makes it a match for the new BMW i4 M50. The 001 also uses air suspension that can set the ground clearance between 117mm and 205mm and two batteries are offered, with 86kWh and 100kWh.

It’s the latter pack that we have here, which is claimed to give 607km (NEDC) of range in the AWD model but up to 713km in the RWD one.

Charging rates can be as high as 360kW, says Zeekr. There’s no doubt that the 001 is a head-turner, even in the rather nondescript purple colour of our test car. Utilising the SEA platform, Zeekr has minimised overhangs, and the car has a three-metre wheelbase – a generous figure that matches that of the Hyundai Ioniq 5. The roofline also slopes down steeply at the rear, helping achieve the 001’s slippery drag coefficient of 0.23Cd.

Where this doesn’t help so much is with rear head room, which is adequate for six-footers but nobody taller. However, leg room, as you might expect, given the 001’s wheelbase, is very good.

The rear seats are also electrically adjustable via buttons on the fold-down armrests and on the back of the centre console.

Doors appear to be the new battleground of EV marketers, and with Zeekr, the tactic is to gently press the button space on the handle to make the door electrically open. Once in, you gently pull the handle and the door electrically closes. The doors can also be opened and closed via the central infotainment touchscreen. There’s even a batten-down-the-hatches mode to close them all at once. In the main, the interior materials and finish are impressive and the architecture quite pleasing, with the layered dashboard and driver-orientated centre console notable highlights.

Equipment levels are also high, and interestingly the 001 is the first production car to feature a Yamaha sound system.

The 15.4in touchscreen controls most functions and won’t be to all tastes. It dominates the cabin, Tesla-style, although not in quite as stark fashion, thanks to the Zeekr’s dedicated instrument display and some other physical switchgear. Zeekr’s desire to give the 001 some level of sportiness is evident on the road, and the steering is decently accurate and responsive, with more life in the motion than we’ve come to expect from inert EV racks.

There’s also a Dynamic driving mode, which in contrast to Comfort weights up the steering and cuts from slack from the air suspension. The other modes include Eco, Snow and Off-Road, which raises the ride height. The 4WD version of course has very brisk acceleration and happily tolerates being put down more challenging roads, although it’s no sports car.

True one-pedal driving is possible via a selection on the menu, but speed only really rapidly bleeds off below about 50km/h. A head-up display aids your situational awareness. Currently, owing to supply-chain issues, the factory can’t keep up with 001 demand in China. However, once these are resolved, the car is likely to be heading to other markets. The question is ‘as what?’

Most probable is that it will be badged as a Lynk&Co, as the original Zero concept was. Either way, early indications are that the 001 is in most regards a highly competitive addition to the EV market.