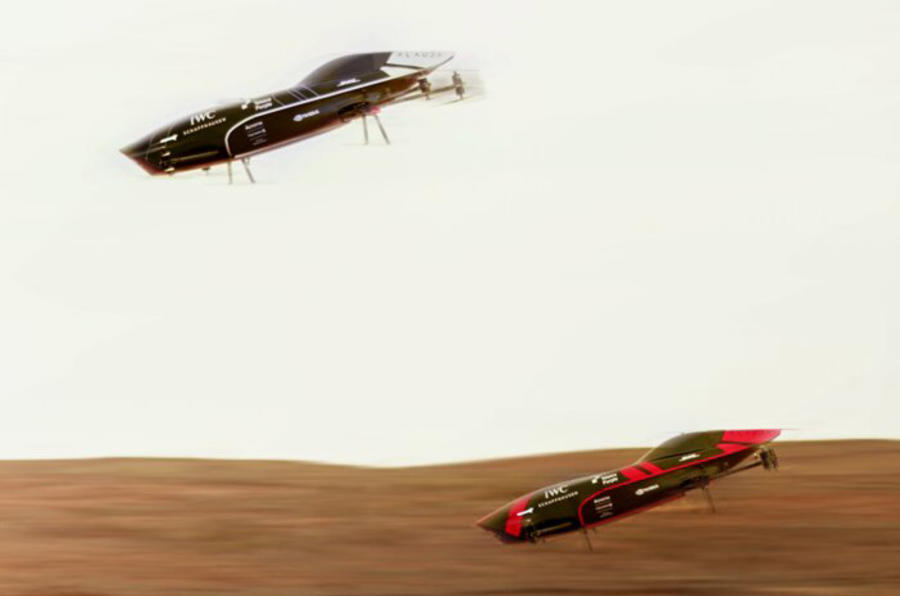 Airspeeder, the world’s first flying car racing series, has provided a taster of what to expect in a new video showing two teams contesting a drag race.

The eVTOL (electric vertical take-off and landing) racers are powered by a 95kW powertrain and are capable of a 200km/h top speed. Unmanned, as they are here, each is said to weigh just 100kg.

Two teams from Alauda Aeronautics, the manufacturer of the four-rotor machines, battled it out in the South Australian desert. Team Bravo was led by technical project manager Brett Hill while Team Alpha was led by head of operations Renee Fraser.

The drag race also enabled Alauda Aeronautics to show off its lidar-and-radar-powered Virtual Forcefield system, which will ensure optimum safety between racers in full-grid events. This test was in preparation for Airspeeder’s EXA Series, where remote pilots will take control of full-scale flying electric cars, known as Speeders, from the ground.

The first EXA season will serve as a feeder series for the forthcoming Airspeeder Racing series, where crewed electric flying cars will race at venues across the globe in 2022.

“We are on the cusp of making motorsport and mobility history with the world’s first electric flying car races,” said Matt Pearson, the founder and CEO of Airspeeder and Alauda Aeronautics.

“This first test drag race is a major moment in the creation of our sport and a giant leap forward for the development of electric flying cars.”