The Indianapolis 500 is like a Beach Boys surfing song: so infectious and exuberant that you can’t help tapping along and more American than Tom Hanks eating apple pie on the 4th of July.

Like just about everything in this screwed-up year, the 2020 edition carried a misfire, running to empty grandstands in August rather than before a quarter of a million people on its usual Memorial Day slot at the end of May. But even so, it’s the Indy 500, baby! Takuma Sato still poured the traditional quart of milk over his head with abandon, as the only Japanese driver to have won the famous race added a second victory to his historic first from 2017.

Fernando Alonso rolled in a lowly and clutchless 21st, having qualified only 26th of 33. The two-time Formula 1 champion’s quest to complete motorsport’s unofficial triple crown of glory – the Monaco Grand Prix, the 24 Hours of Le Mans and the Indy 500 – remains unfulfilled. It was better than last year, when he didn’t even qualify, but it was no great surprise, given that his Arrow McLaren SP had a Chevrolet engine when a Honda was the thing to have.

That’s what powered him on his unforgettable debut in 2017, when he was among the leading pack in the closing stages only for it to blow. Since then, Honda has vetoed Alonso due to the uncharitable things he had to say about its hybrid engines when they were powering his uncompetitive F1 McLarens a few years ago. It’s another bridge burned in a career that has been great but could have been much more so.

Alonso will return to F1 in 2021 – in the year that he turns 40 – for a third spell with Renault. This was the best seat that he could land when Mercedes, Red Bull and Ferrari (for whom he drove between 2010 and 2014) remained resolute in keeping the door shut to him. How he fares will likely revolve around what Renault can give him, rather than his age, but we will see.

What he will certainly bring is that old star power, the kind that has made him loved at Indy. Alonso is old-school in that respect, as is his attitude to racing. Frozen out of competitive F1 drives with no one to blame but himself, he has chosen a refreshing path to light up the World Endurance Championship and Le Mans (which he has won twice), the Daytona 24 Hours (conquered in 2019) and even the Dakar Rally this year, on which he belied his lack of off-road experience to earn respect, if not stage wins. 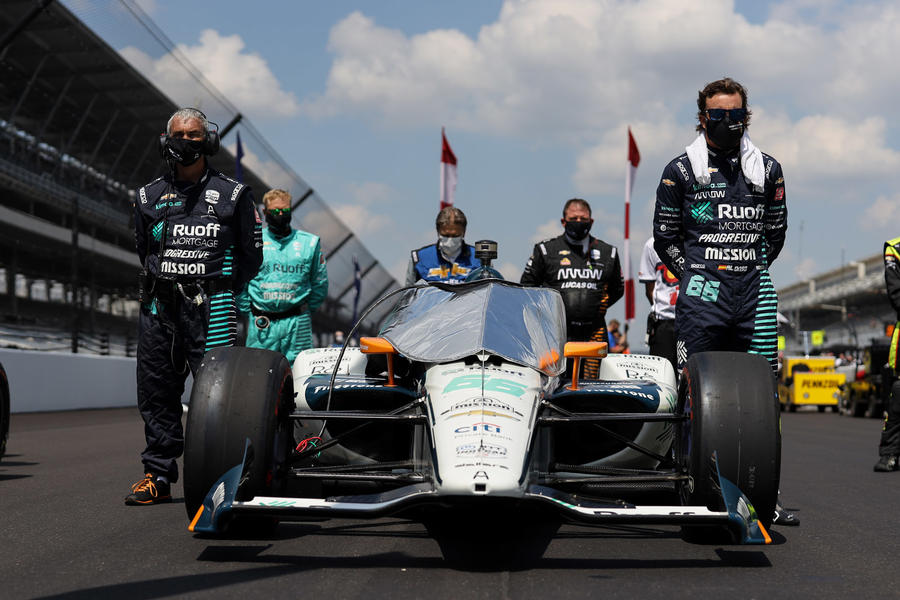 Will he return to Indy for another crack at the quest? Not in the next two years, if all goes to plan at Renault. But AJ Foyt and Mario Andretti raced at the 500 well into their 50s, and while modern aerodynamics make racing more demanding now than it used to be, Alonso is made from the same stuff. He will go back. One day.