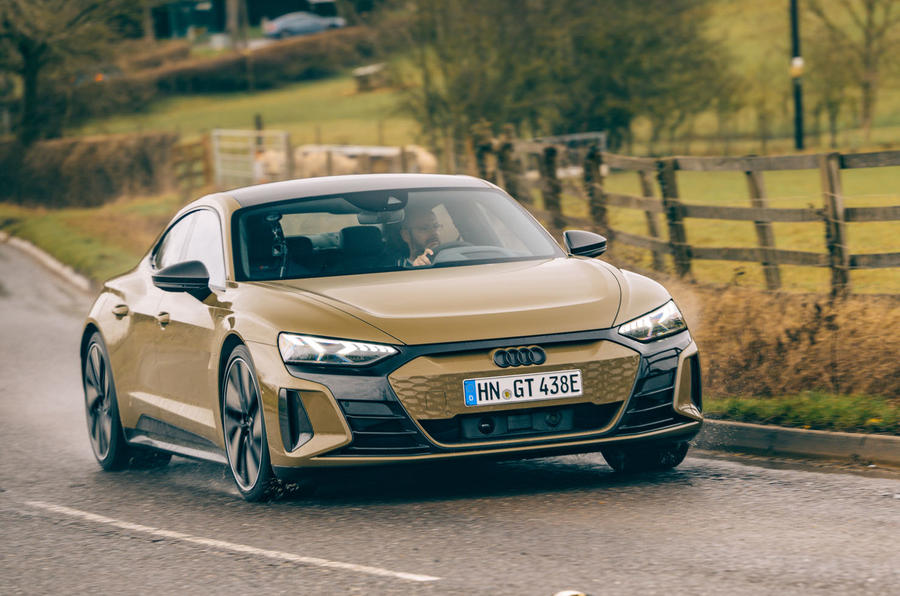 Audi finance and legal boss Arno Antlitz has confirmed that the brand’s model cycles will remain at six-to-seven years, despite the increasing costs of electric cars.

Audi has confirmed that its research-and-development costs will rise from the current 5-6% of revenue to 6-7% in 2021 and beyond.

Antlitz told Automotive Daily: “From today’s perspective, we don’t expect a change in that logic: Every six or seven years, we will see a new car. In between, we will get the major product updates.

“But on the other hand, you’re quite right: this has to be financed. And there comes the unique strength of the Volkswagen Group and also Audi. We can use platforms across different brands.”

The cost savings that the platforms yield is a useful tool for the Volkswagen Group to have. Audi uses both the PPE and MEB platforms for its electric cars, for the E-tron GT and E-tron respectively, and the economies of scale are clear given the numbers of cars being produced.

Antlitz said: “We use the PPE platform together with Porsche in the B-, C- and D-segment, where we will see 7,000,000 cars over the lifetime [of the platform].”

This allows Audi to “scale electromobility very efficiently and at the same time keep the cars fresh and new, and stick to that six-or-seven-year product cycle.”

It’s not just the hardware that will need updating. Audi’s director of sales and marketing, Hildegard Wortmann, said: “We’re what I would call the platform champions, but the same principle applies to the software platforms. So we have the [firm’s] software organisation where we bundle all our competencies and manpower into the software development. We all know how important that is. It’s success-critical to have the right resources bundled. [With this] we have the chance to update the car more frequently to go into over-the-air updates and play on the whole digital side.”

She added: “The platform thinking and the platform concept really enables us to be very cost-efficient, while at the same time allowing the customer more updates and contemporary stuff in the car than ever before.”

Audi is currently preparing to launch its next EV – the Q4 E-tron – and promises a total of seven electric cars within its range by the end of 2021. That figure will jump to more than 20 by 2025, as Wortmann explained: “There will be many more [electric cars] coming. We will take it step by step, but it’s important for us to offer electrified Audis across all of our segments.”

Wortmann explained Audi’s reasoning for the E-tron GT and Q4 E-tron being the next electrified cars, bringing the total number of Audi EV models to six.

“We started our journey on electrification on the Audi E-tron, with the large SUV, where you have the biggest impact and where we have high customer demand,” she said. “Those large SUVs are still very much being asked for.

“We then took a second step with E-tron GT because this is the spearhead of the brand. This is the brand-shaper that we put a lot of energy into the emotional side of the brand. And now with the Q4 comes the model where we can scale into volume. We can attract customers into the brand at a lower price point. With this strategy, we have three strong lines.”

The news comes off the back of Audi celebrating the most successful period in its history in the fourth quarter of 2020, reflecting the pent-up demand from the various Covid-19 lockdowns around the world earlier in the year. The company also had a strong January and February, with a higher order intake than in the same months last year.