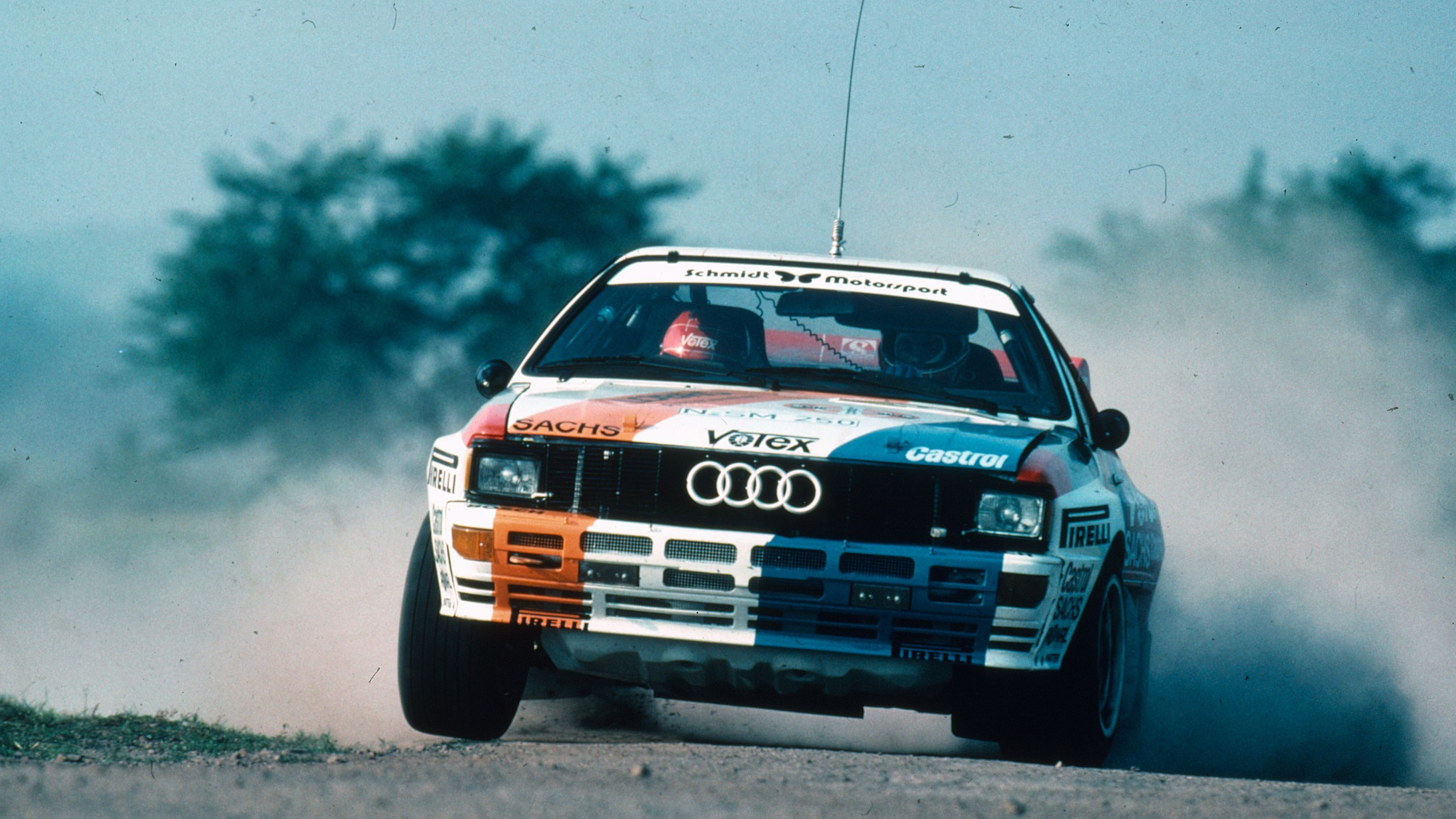 A humble 4×4 inspired engineers to build the Audi Quattro, the car that transformed the WRC

Some racing cars are so good that they define the era in which they competed. But it takes a really special model to revolutionise the sport as a whole. The Audi Quattro is one such vehicle.

The Quattro was the brainchild of Volkswagen engineer Jörg Bensinger, who noticed when testing the company’s Iltis military 4×4 that it was much quicker in poor conditions than more powerful machinery. He and colleague Roland Gumpert proposed the idea of a four-wheel-drive performance car to VW overlord Ferdinand Piëch, and approval for the Audi Quattro was given in 1977.

The car premiered at the 1980 Geneva Motor Show, but Piëch had already decided that the coupé’s four-wheel-drive technology made it ideal for motorsport. Indeed, in 1979, before the Quattro was made public, Audi had applied to FISA, motorsport’s governing body, for four-wheel drive to be made legal in rallying. The rule makers and other manufacturers saw little reason to object, because the Ingolstadt brand was a relative unknown, and four-wheel drive was deemed too heavy and complex to be competitive.

So when the Quattro made its competition debut on the 1980 Algarve Rally, there was little more than idle curiosity among rally veterans, even though Flying Finn Hannu Mikkola was driving. As it turned out, the event would go down in history as Mikkola, running as non-competitive course car, set times that would have won him the event by almost 30 minutes.

There was genuine trepidation, therefore, by the time Mikkola and team-mate Michèle Mouton turned up at the start of the 1981 World Championship. Sure enough, the car was a winner in only its second event, as Mikkola cruised to victory on a snowy Swedish Rally. Two more wins would follow in that debut season, although teething troubles prevented a full-scale assault.

The Quattro’s complexity, bulk and weight distribution remained an issue on asphalt, but slowly the team, now led by Gumpert himself, worked through the issues. Mikkola would go on to score championship success in 1983, while Stig Blomqvist backed that up with his own title in 1984.

However, even by the time of that second success, the likes of the purpose-built Peugeot 205 Turbo 16 were snapping at the big Audi’s heels. The Quattro was created for Group 4 rules, and as new models arrived to take advantage of the fabled Group B category, it became harder for the front-engined Audi to stay in touch.

The shortened Sport Quattro went only some way to correcting this, and even the vehicle’s most famous incarnation, the bewinged E2, won only a single WRC round – although the car had later success at the Pikes Peak Hillclimb in the US.

By 1985, in fact, Audi was testing a mid-engined Quattro, giving works driver Walter Röhrl a real thrill when he sampled it. But the car didn’t make it to competition before Group B span out of control and was banned. Even so, the Quattro’s legacy as a sporting trailblazer is secure. Forty years after its debut, it’s still a car that Audi refers to in marketing material; a sign of the key role it played in cementing the brand’s status.