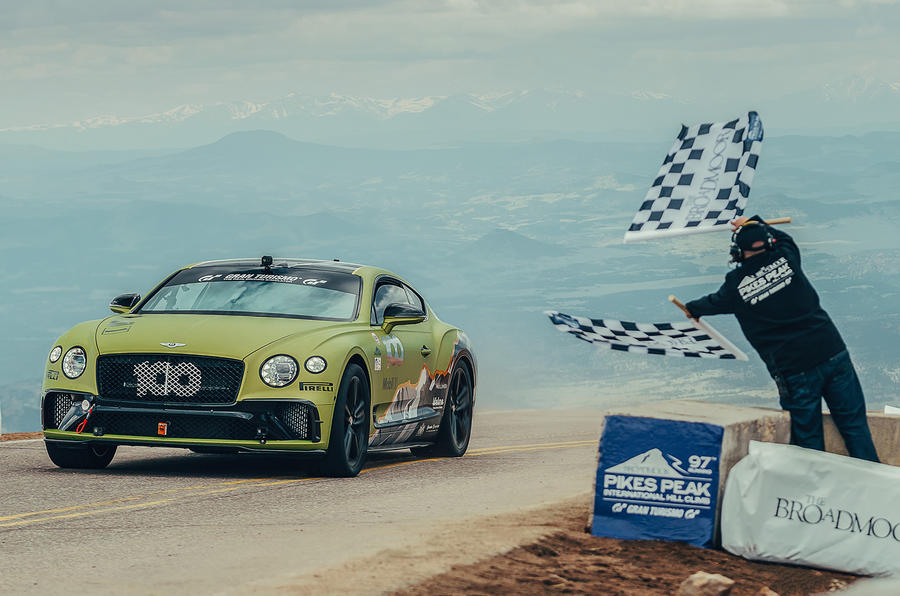 Bentley says it will take part in the Pikes Peak International Hill Climb on 27 June for the ‘third and final time’.

The British brand will enter a GT3 version of its Continental GT, and is aiming for a third record on the famous 20-kilometre course, which also includes 1440 metres of ascent.

In 2018 a Bentley Bentayga set the record for the fastest ascent by an SUV with a time of 10min 49.902sec, and a year later the Continental GT set the outright record for a production car with a benchmark of 10min 18.488sec.

American driver Rhys Millen – a Formula D drifting champion in 2005 and a two-time race winner in the Global Rallycross Championship – was Bentley’s driver on both occasions.

More details of Bentley’s bid for a third record will be announced at the end of this week. The Continental GT3 will be run in conjunction with customer team Fastr.

The overall record at Pikes Peak is held by the Volkswagen ID R, a bespoke, electric racer with which VW has set all manner of racing records since the car’s creation in 2018. It completed the course in just 7min 57.148sec, with driver Romain Dumas averaging 145.70km/h through the 156-turn track.