The histories of BMW’s M division and Alpina are intertwined and filled with incredible creations, here are 10 of the best

Alpina and BWW? It’s a partisan crowd. You’re either an M5 person or a B5 person because, while there’s an obvious overlap in the ingredients, the cars can be chalk and cheese in terms of personality on the road.

Despite this, it’s difficult to overstate just how intimately intertwined the pair have always been. Had Alpina founder Burkard Bovensiepen not successfully campaigned the BMW 3.0 SC in touring cars during the late 1960s, he may never have been able to convince the suits in Munich that a lightweight 3.0 CSL version was paramount were the cars to remain competitive against the lighter Alfa Romeo’s and rocketship Ford Capri’s. And without the existence of the Batmobile, as the now-legendary road-going homologation version of the 3.0 CSL was nicknamed, there may have been no BMW M Division at all. At least not as we know it today.

Sixty years after Bovensiepen identified while wandering the Frankfurt motor show that the new BMW 1500 would benefit from Weber twin carburettors, Alpina continues to work hand in hand with its ally and rival. The relationship is, in the truest sense of the word, unique in the automotive world, with the engineers at Buchloe privy to upcoming BMWs years before the public gets a sniff and able to use BMW test facilities (Autobahn A8 remains shared-use, however).

Alpina even tends to introduce its alternative take on any M car 12 months before the real thing appears, although after decades of manufacturing, the back catalogues of both concerns are now chock-full of glorious metal. Here are 10 of the best. 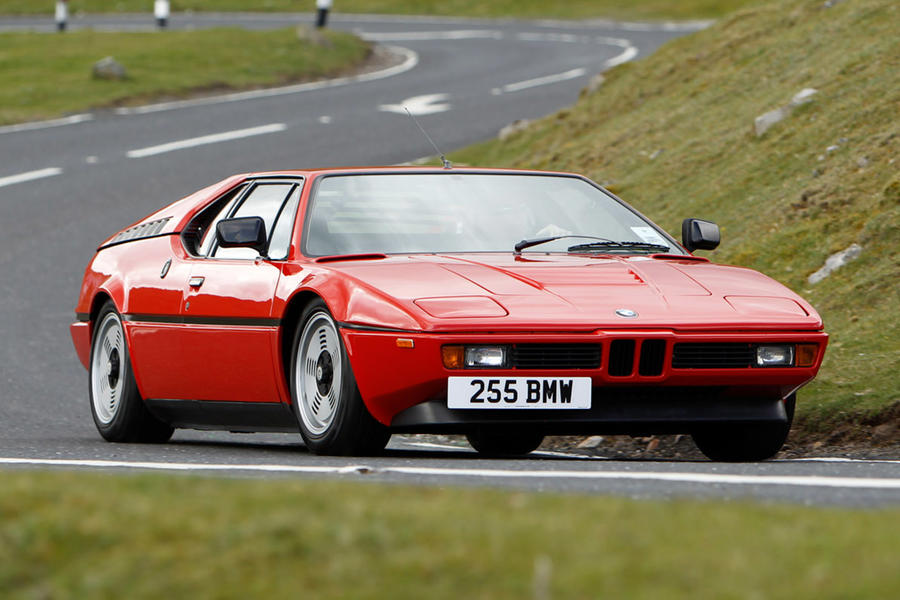 Many wonder when BMW M will build a bespoke supercar – although do that and they’re forgetting the M1. The plan for the first real M product was that 400 homologation examples would be built by Lamborghini, allowing BMW to go and school the Porsche 935 on the track. Neither thing actually happened, and today the M1, which was eventually constructed by Baur in Stuttgart, is best known as the star of the Procar series that supported Formula 1 in 1979 and 1980. Styled by Giugiaro and with a glassfibre body shrouding a 206kW mid-mounted 3.5-litre straight six, it’s nevertheless regarded as a masterpiece and prized for its looks, history and effortless drivability, even by modern standards. 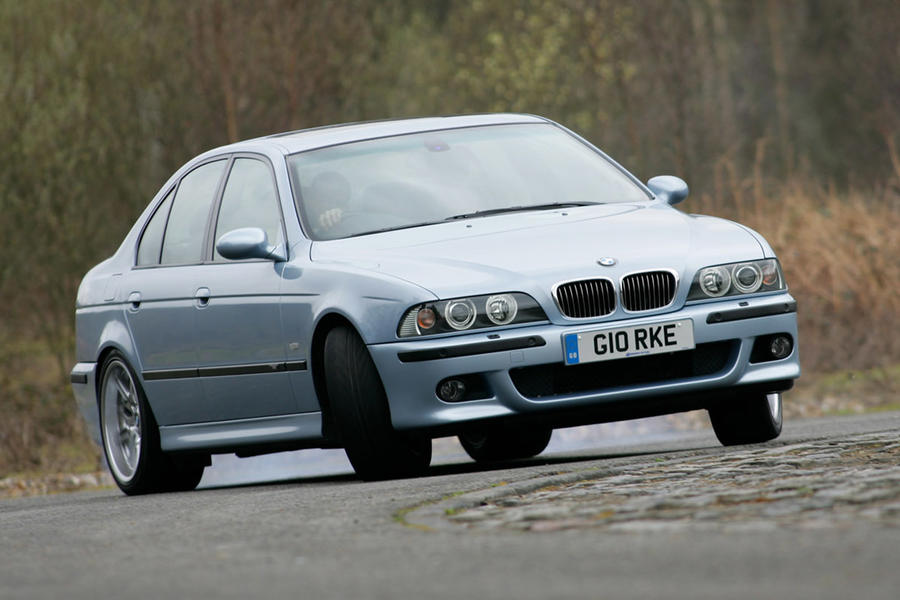 This just had to be included. The E39 is regarded as the sweet spot of the M5 lineage, and because the M5 in its various guises best captures the essence of what BMW M is all about, you might consider it the finest M-badged machine ever made. This M5’s 300kW 4.9-litre V8 and hitman looks grab the headlines, but it’s the completeness of the package that astounds, even two decades on. The E39 rides beautifully but also has the body control to exploit its sensational handling balance. Bliss. 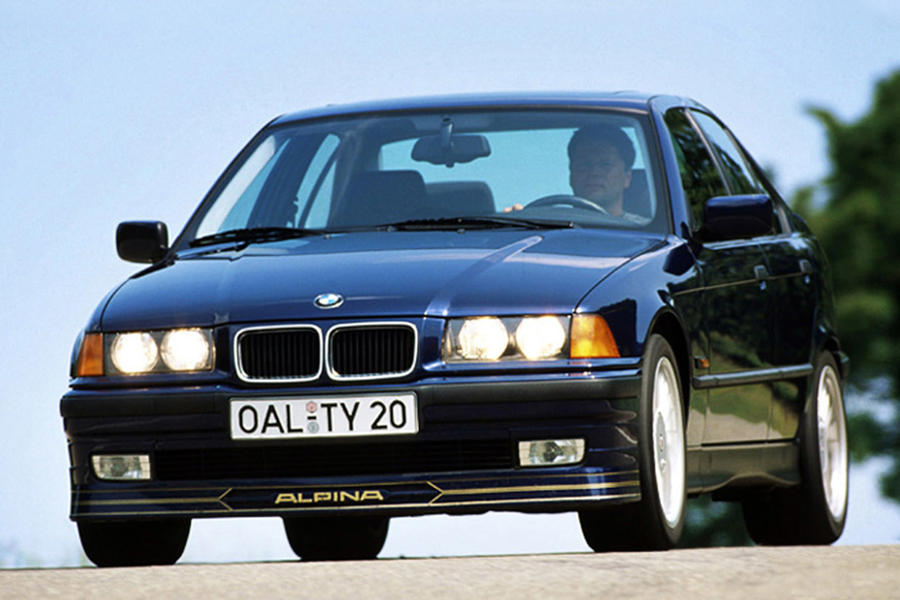 Vulnerable to rust, costly to maintain and based on a less-loved 3 Series, the B8 is nevertheless one of the most radical cars to leave Buchloe. BMW tried to squeeze a V8 into the E36 but couldn’t make the factory ergonomics work; Alpina did so by heavily modifying the body. The B8 duly produced more torque at 1000rpm than the E36 M3 did at its peak, which may explain why it was rather a handful once its strict traction control system was disabled. 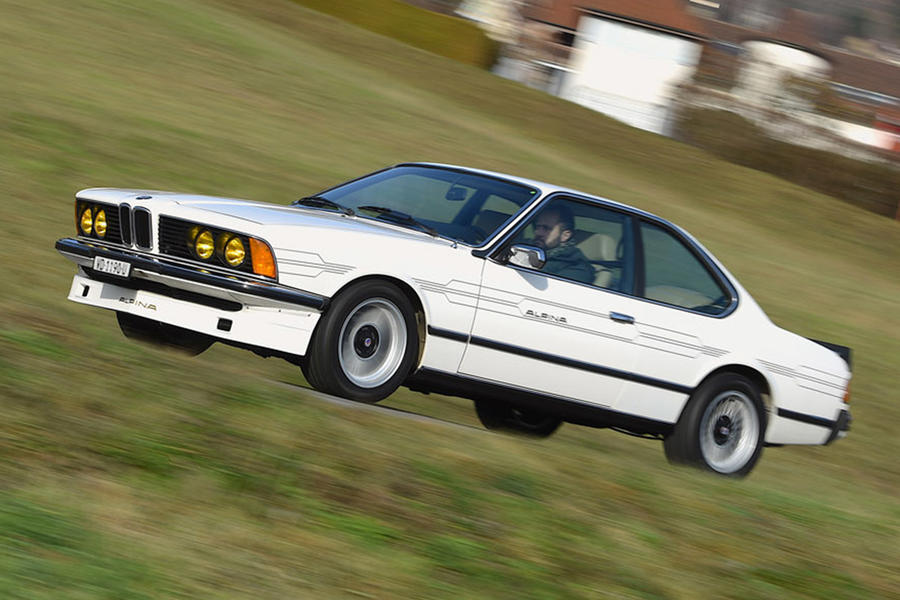 The 3.0-litre B7 Turbo was one of a trio of machines that Alpina launched in 1978 to announce the fact that its factory would now supply customers with a complete car, rather than simply offering upgrades for BMWs. With technology trickled down from F1, the B7 was also the first turbocharged Alpina, and given that in 1978 it made almost as much torque as the E39 M5 would a quarter of a century later, it’s easy to see why forced induction became an Alpina hallmark – and why the clutch was reinforced. 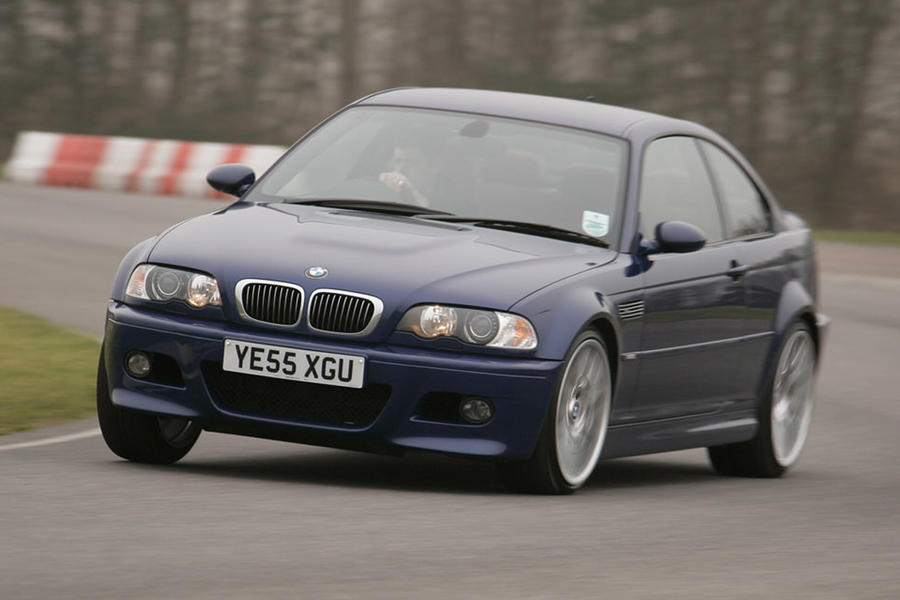 Legend has it that M engineers set up the E46 M3 to steer more sweetly on opposite lock, and given the aptitude with which it will hold slides, we don’t doubt it. But there are other reasons why this M3, like its M5 contemporary, can lay claim to being the greatest M car ever. It’s ideally proportioned for B-roads, the S54 is one of the most soulful and linear engines ever made and there’s the option of a six-speed manual gearbox. Buy while you still can. 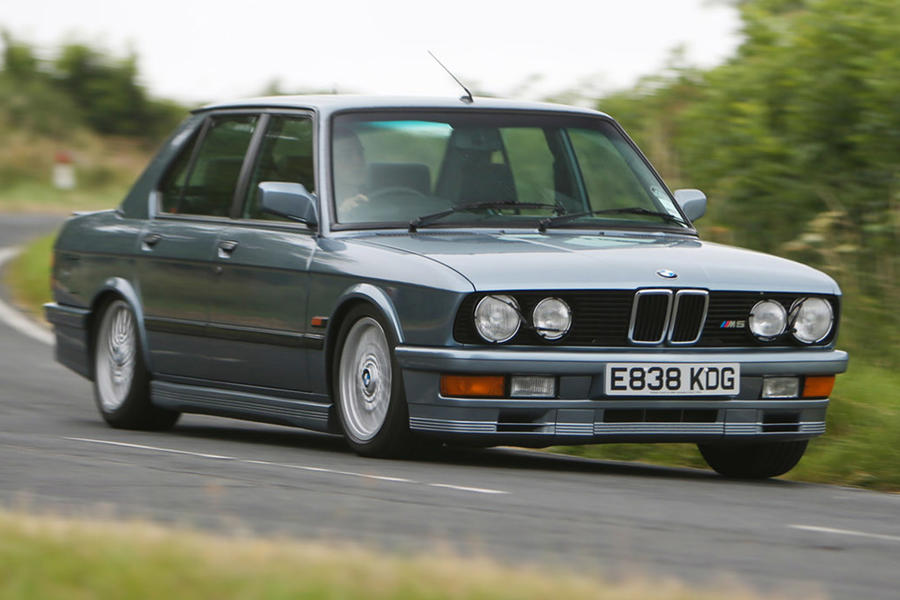 What makes the E28 M5 so extraordinary is that while it didn’t make waves when new, being almost as expensive as the (admittedly less powerful) Ferrari 308 GTB and aesthetically restrained, it set the template for M cars. Under its bonnet was the same M88 engine used by the M1 supercar, yet its interior was sumptuous and its road manners polite. And, of course, it properly handled, with a mechanical limited-slip differential at the back. 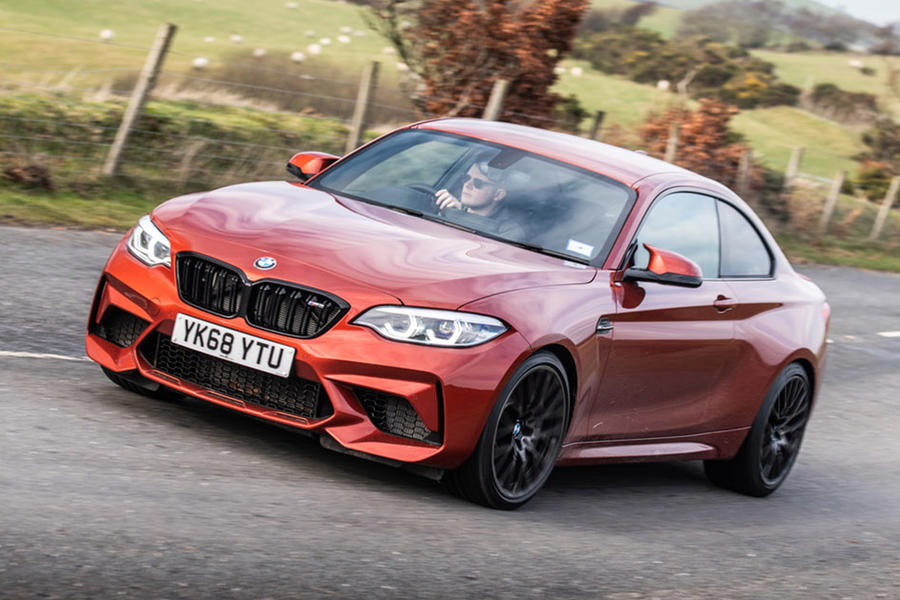 This feels like it was made from the same mould as the E30 M3 and E46 M3, which is the greatest compliment that any M car can receive. Retuned steering, rose joints in the rear suspension and the 330kW twin-turbo engine from the M4 take the Competition to another level of ability beyond that of the original M2 it replaced, and few cars this usable are so charismatic. Arguably none at any price are quite so adjustable or playful, either. 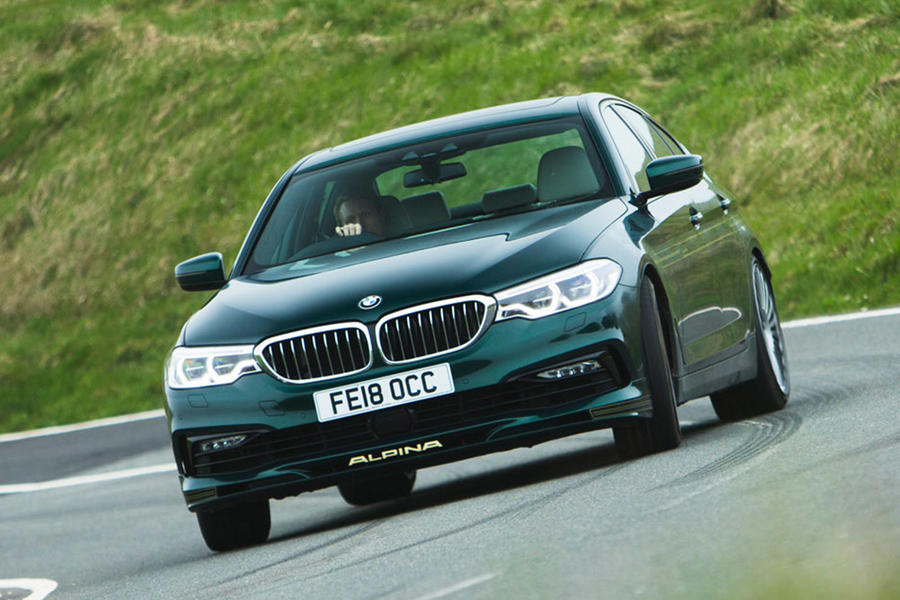 The current M5 is an outstanding example of the breed, but Alpina has crafted the finer machine on this occasion. Based on the G30 M550i and with the twin-turbocharged 4.4-litre V8 lifted to 447kW, the B5’s blend of ride and handling is sublime. That it feels closer to Ferrari than BMW for exclusivity and steers more sweetly than the M5 seals its supremacy. 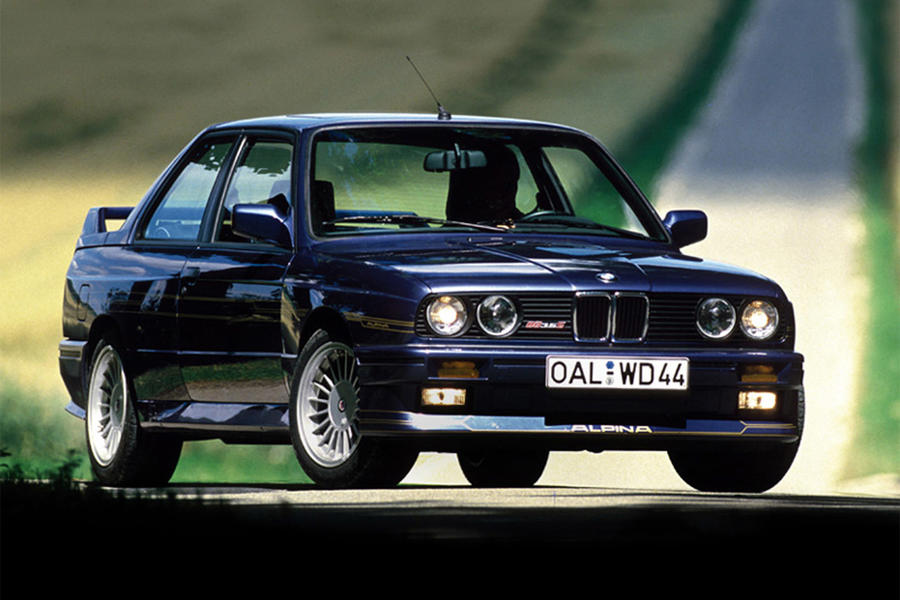 Alpina built only 61 examples of its ultimate take on the E30-generation 3 Series, and it isn’t difficult to see why these cars now command obscene prices. Whereas the B6 3.5 took the narrow-body BMW 325i as its base, the B6 3.5 S used nothing less than the original M3. Alpina ditched BMW’s 2.3-litre race engine and installed its own 190kW 3.5-litre straight six, beefing up the front spring rates to compensate for the mass of two additional cylinders. Despite this, the donor car’s sweet handling balance was preserved, and the charismatic Alpina interior and huge performance for its time makes the B6 3.5 S irresistible today – if you can find one, that is. 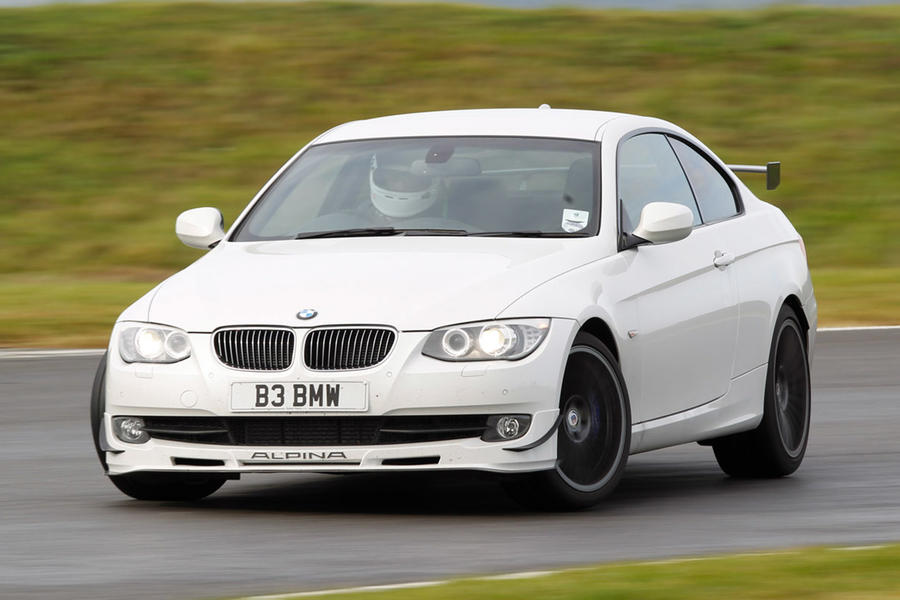 Alpina pulled out of motorsport in 1988 to devote all its energy to selling road cars, but in 2009 it returned to the GT3 class in a move that paved the way for a Buchloe-flavoured alternative to the spectacularly expensive (and orange) E92 M3 GTS. Instead of BMW’s 4.0-litre V8, the B3 GT3 used an Alpina twin-turbocharged straight six that made 300kW, and its chassis was upgraded with manually adjustable suspension and one of Drexler’s aggressive limited-slip differentials. Intimidating on the road? No, actually, and it was supreme once unleashed on a circuit. Only 99 examples were ever built.

Alpina’s most powerful SUV to date builds on the strengths of the X7 M50i with outstanding pace and impressive dynamic traits, but it’s thirsty and boasts a high CO2 figure
Read more

Our first drive review of the new Alpina B3 before it arrives in Australia.
Read more