When it comes to fame and fortune in motorsport, Formula One drivers always dominate, the grand prix circus’ mix of speed and glamour helping it grab all the headlines.

However, if you’re looking for the bravest and most versatile pedallers on the planet then you need to trek into the forests or climb up a mountain and seek out a rally driver. With a need to get a grip on gravel, tear-up Tarmac and scorch through the snow, these drivers have to be adaptable and fast everywhere. But who’s the best of the best, and how to decide?

You could just go with the statistics, but we’ve decided to dig a little deeper and look behind the numbers to come up with our top ten. Favouritism might play a part too. To keep things as consistent, however, we’ve only picked drivers who’ve competed since the WRC’s official inception in 1979. So, do you agree with our choices, and if not who would be your picks? Let us know in the comments below.

He hasn’t as many victories or WRC championships as the other Seb, but the ones he has achieved have arguably been even more richly deserved. As soon as he went toe-to-toe with Loeb at Citroen it was clear Ogier was the real deal, and he remains one of the few to beat the elder Frenchman in a straight fight in equal machinery. 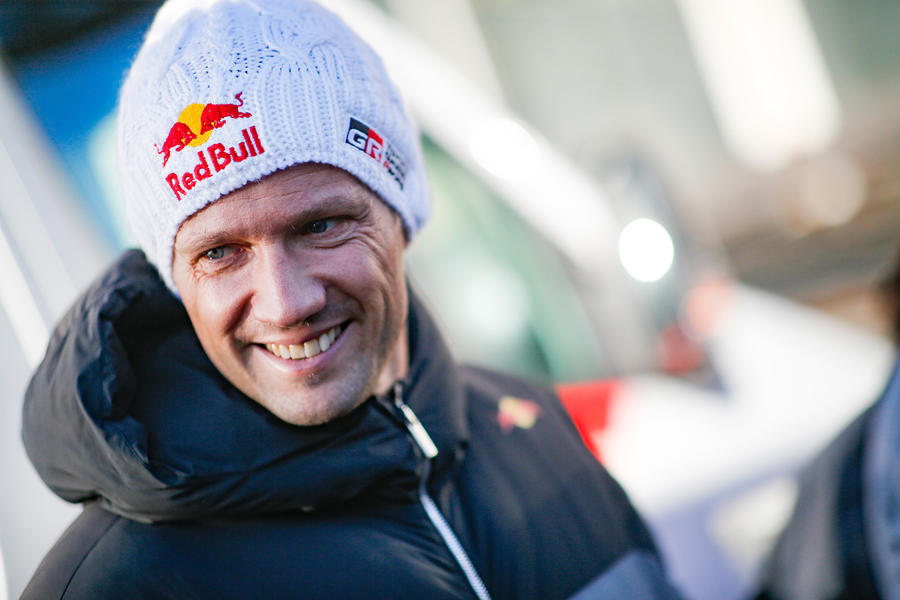 Blisteringly quick on every surface and possessed of an uncanny ability to look after his tyres even when setting fastest times, Ogier also has a ferocious work ethic that leaves no stone unturned in the pursuit of perfection. Titles in the all-conquering VW Polo were expected, but his two crowns won in the private M-Sport Fiesta against the factory might of Hyundai and Toyota best demonstrate the abilities of his exceptional talent.

Perhaps more worryingly for the competition is the fact he’s not quite finished yet. Yes, 2021 will be his last year before retirement, but it’d be a brave person that best against him leaving with an eighth crown perched on his head. 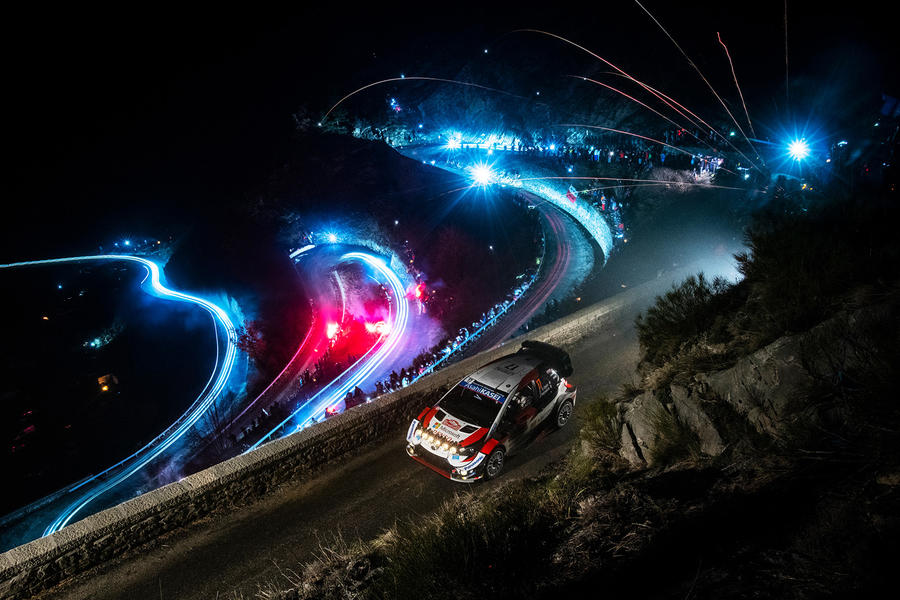 There would be a strong argument for placing Juha at the top of this list, but his weakness on Tarmac (he never won a sealed surface WRC event) just counts against him. The list of four championships with three manufacturers is impressive enough, as are the 25 wins. Yet it’s the fact he secured victories in Group B, Group A and WRC machinery that really marks the moustachioed maestro out as something special – few drivers are as versatile. 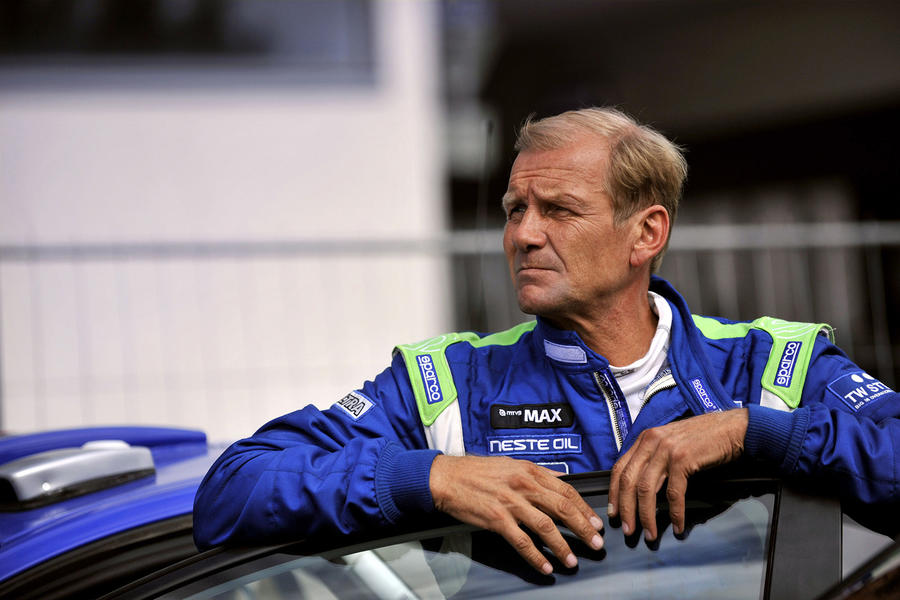 Not always the outright fastest (and curiously for a Finn he rarely braked with his left foot), Kankunnen’s silky smooth style, mechanical sympathy and cool head meant he was always in the right place at the right time, ready to pressure rivals into a mistake and quickly pounce to take advantage.

Whether it’s in a Peugeot 205 T16, any number of Lancia Deltas or a Subaru Impreza WRC, Kankunnen’s legacy as an all-time great is assured. 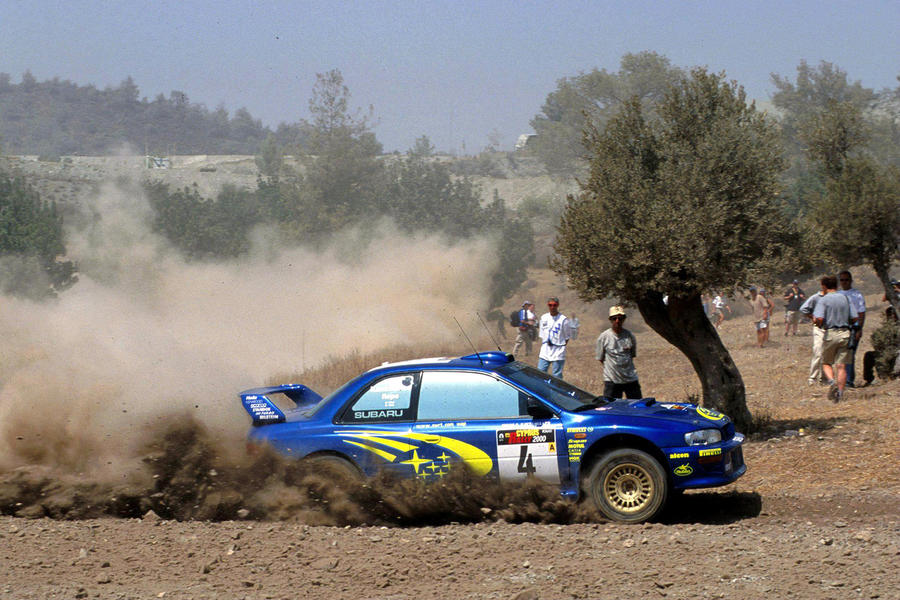 In raw statistical terms there’s no denying Loeb is one of the greatest. Most rally wins? Check. Most world titles? Check. Most stage wins? Again, check. Known as Le Patron (The Boss), Loeb’s speed and talent are unquestioned, with an uncanny ability to consistently drive to the very outer envelope of his incredibly high limits, but very rarely step over them. 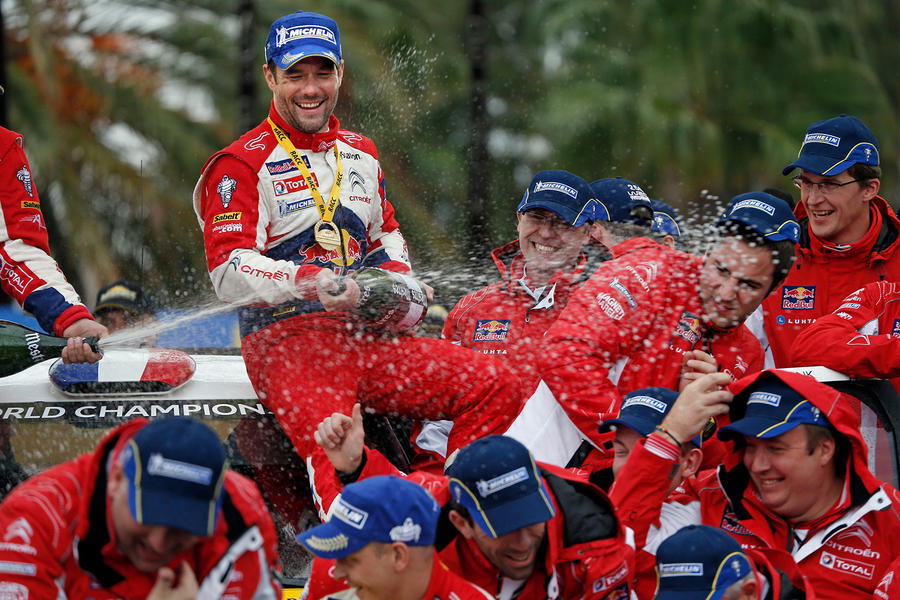 One of the few non Scandinavians to conquer the Finnish and Swedish rallies, he’s also got a Le Mans podium, WTCC wins and remarkable record-breaking Pikes Peak run to his name. He’s also the only person to win every stage of a WRC rally (Corsica 2005). He also performed some of the most stunning comebacks, such as the spell-binding charge to second on the 2006 Monte Carlo after sliding off the road and down the order on the first day.

So why is his name not at the top? Well, all those WRC records were garnered with a big-spending Citroen team in its pomp, while the later titles were captured when the competition had waned, with very few top flight rivals or teams. 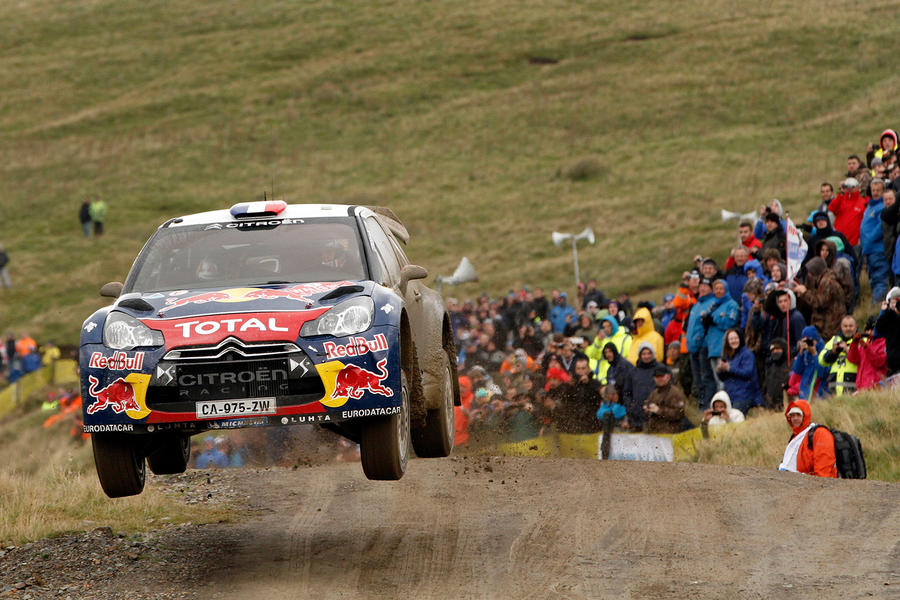 Arguably the most famous rally driver of them all, McRae was also one of the fastest – and undoubtedly the most spectacular. Whether it was the early days in his Vauxhall Nova, or the later Subaru and Ford years, Colin’s car control and commitment were something to be savoure. Oozing natural talent, the Scot was capable of stage times so paralysingly fast that rivals were often left in open-mouthed incomprehension. 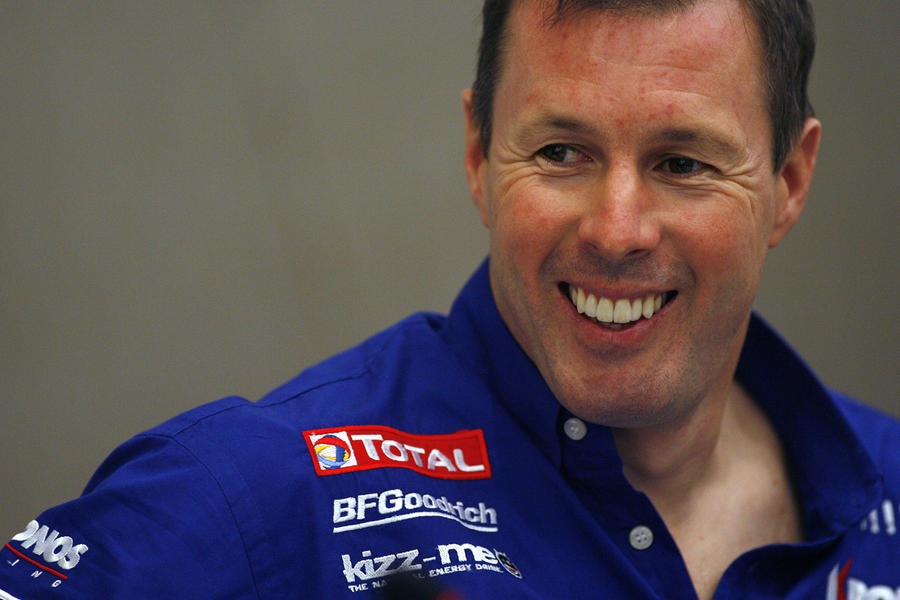 Yet this other worldly turn of speed also came with a propensity to push just a little too hard, with potential wins and titles being lost in the aftermath of an over ambitious corner entry speed. McRae was mechanically sympathetic (multiple wins on the Safari and Acropolis prove that), but he wasn’t quite able to tame the urge to push just that bit too hard in pursuit of an even faster stage time.

Ultimately, it was the later generation of WRC cars that did for Colin, their neat-and-tidy approach never really suiting his sideways style, and so he bowed out of the WRC full-time at the end of 2003 having endured his first winless season since 1992. 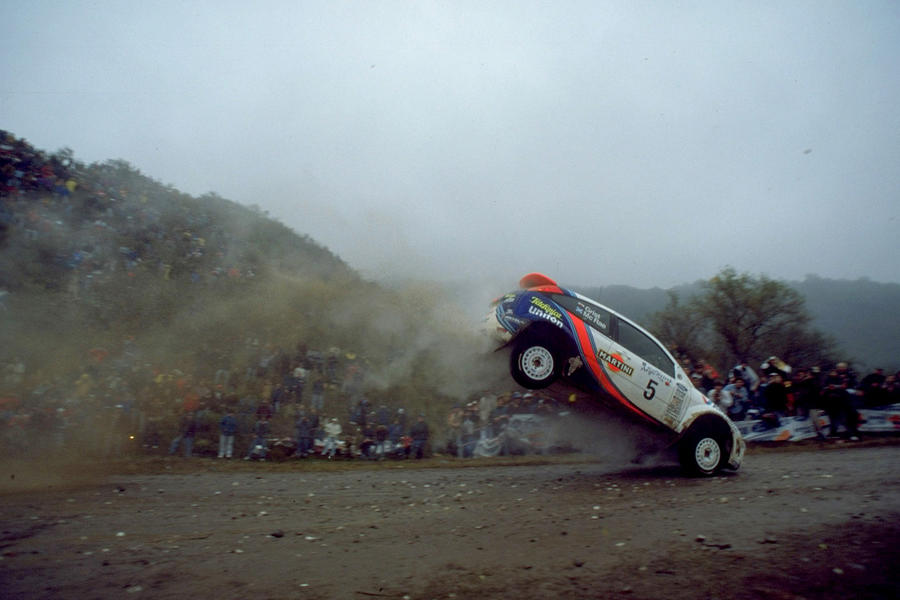 Making his debut on the WRC debut in 1987, Sainz set the template for the modern, professional rally driver. The intense Spainard had a relentless determination to extract every ounce of performance out of a car – while other drivers would simply drive what was underneath them, Sainz would evaluate every single tyre, spring and damper setting, before going back to the beginning and doing it all again. 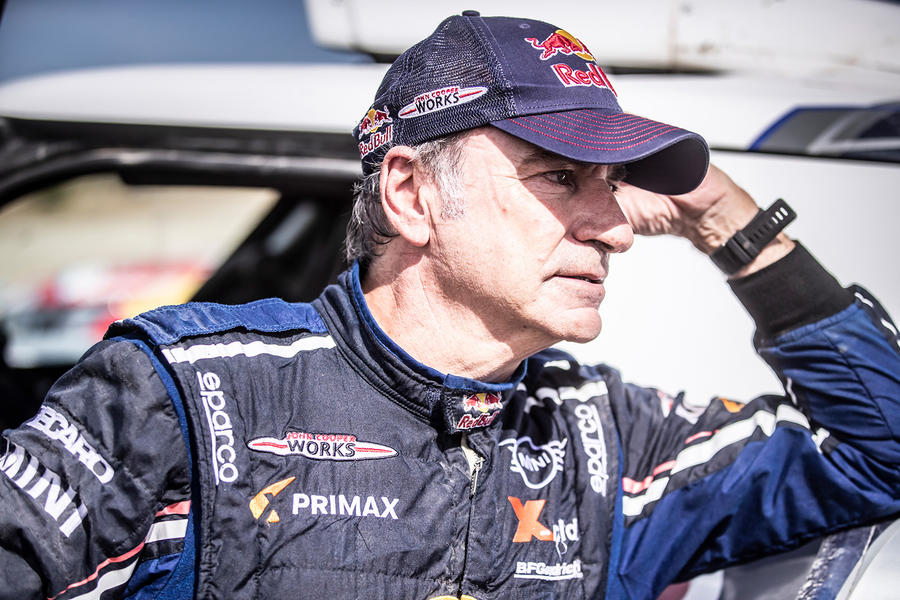 His star really began to rise when he joined Toyota in 1989, helping to develop its ST165 Celica GT-4 into a winner. In the process he became the first non-Scandinavian to win Finland’s 1000 Lakes Rally in 1990, on the way to the first of his two world titles. But for mechanical failures he could easily have added three more crowns to that tally, while his pursuit of perfection meant he was seeing off younger upstarts and still winning rallies in 2004.

A trio of Dakar rally wins since retiring from the WRC in 2006 shows he has no intention of slowing down. 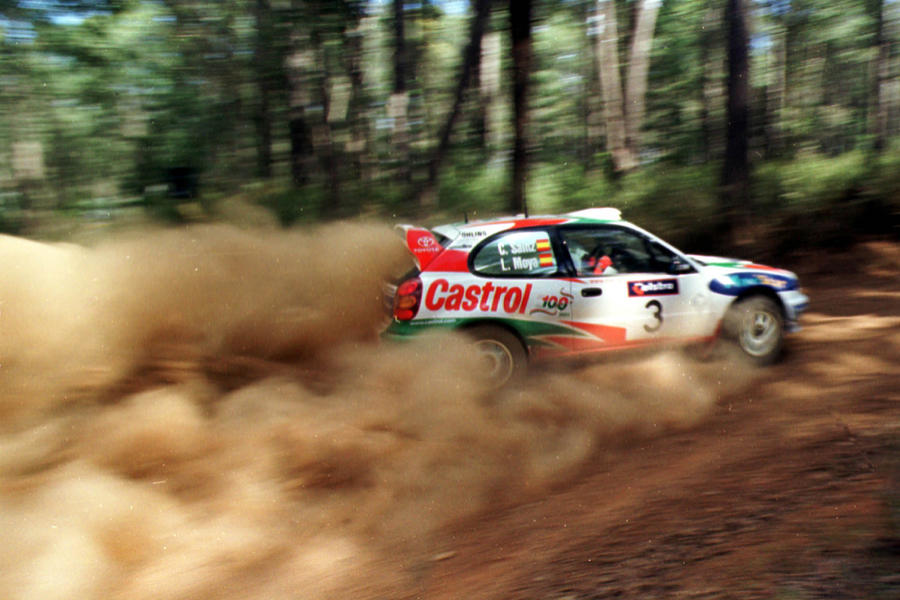 From 1996 until 1999 there was no stopping Tommi Makinen as he steamrollered his way to four world titles on the trot in an array of Mitsubishi Lancer Evolutions. Like Michael Schumacher at Ferrari, the UK-based Ralliart team that developed and prepared his cars was built around the Finn with the same single-minded pursuit of all-out dominance. 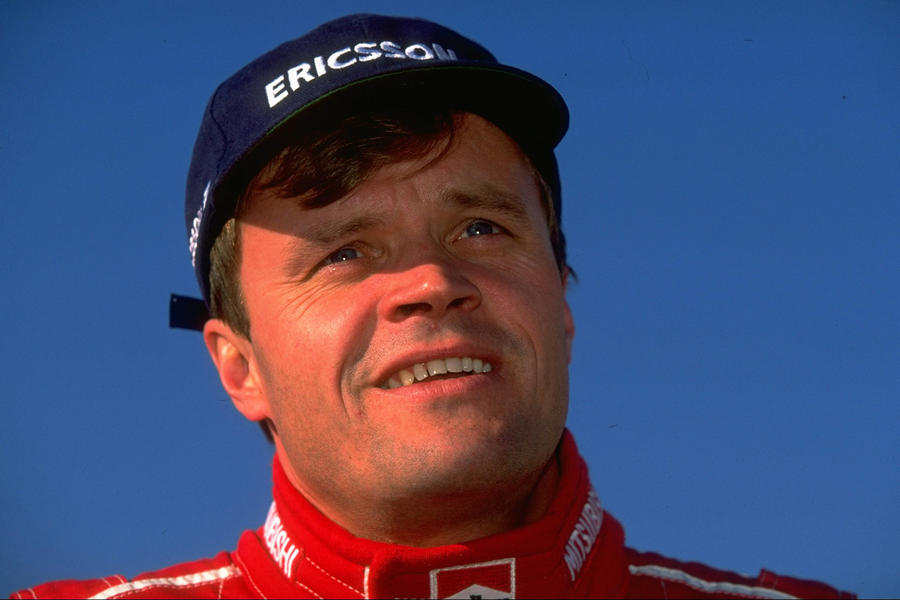 His rather digital approach at the controls was at odds with virtuoso flair of McRae, but the scintillating speed was undeniable. Of course Tommi was quick in Finland, winning his home event four times, but unlike many of his countrymen he was also fast on Tarmac, taking four Monte Carlo wins as well as victories on the mixed surface Sanremo.

Like Loeb, however, Makinen’s claim to all-time greatness is hampered by the fact that so much of his success came with one manufacturer, with 22 of his 24 wins secured in Mitsubishis. That said, with rivals that included McRae, Sainz, Burns, Auriol and Kankkunen, none of those victories came easy. 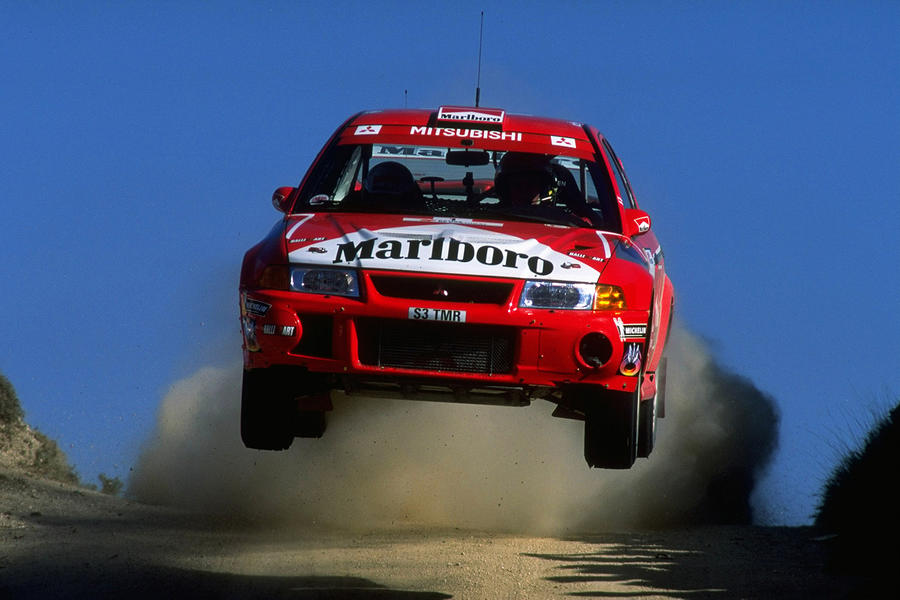 The Alain Prost to McRae’s Aryton Senna, the statistics don’t really do justice to Burns’ incredible ability. At 22 he became the the youngest ever British rally champ, while in partnership with his co-driver, Robert Reid, he set new standards for preparation and professionalism, his detailed pace notes in particular allowing him to build up in his head a 4K HDR picture of the stage ahead, a fact that was most starkly illustrated on the 1997 RAC Rally. 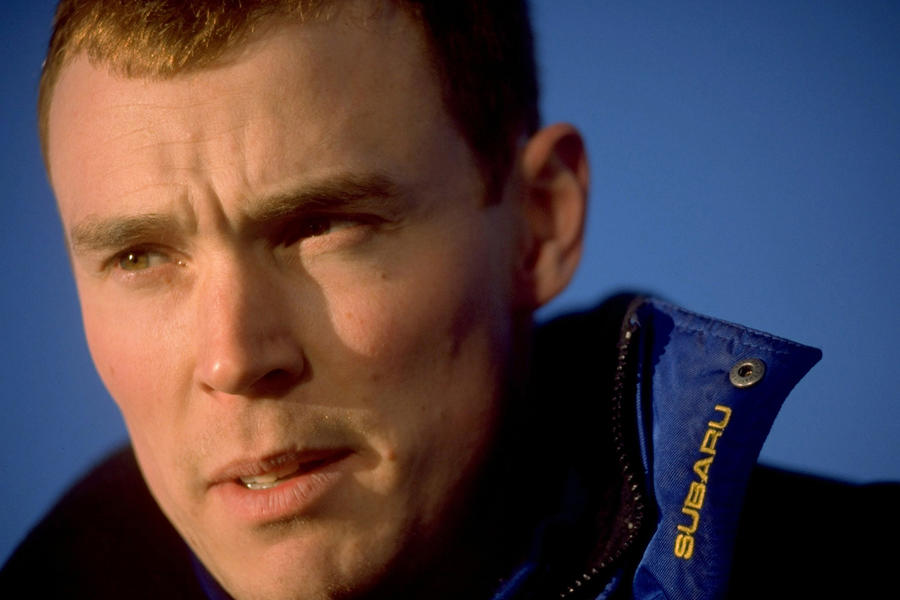 On an early 16-kilometre run through Radnor – blanketed in a pea-souper of a fog that reduced visibility to nothing – Richard’s Mitsubishi was a full minute faster than McRae’s Subaru. He even caught and passed a bewildered Didier Auriol in the middle of the stage (the onboard footage showing the speed differential between the two is mesmerising).

The Englis driver was at his imperious and stage-dominating best in various Subaru Impreza WRCs, winning eight events and the world title between 1999 and 2001. Two years with Peugeot didn’t live up to the promise, while a move back to Subaru in 2004 was cruelly denied after being diagnosed with the brain tumour that tragically cut his life short in 2005. 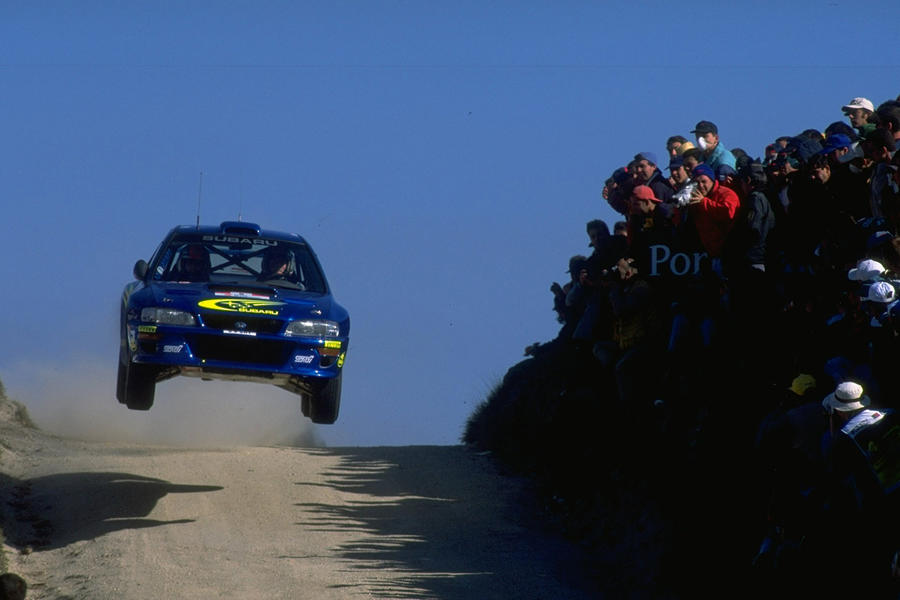 The first ever official driver’s world champion, Bjorn Waldegaard was quick and consistent in everything he drove. He also had a longer career than most, his immense talent allowing him to keep winning when others had long since retired. 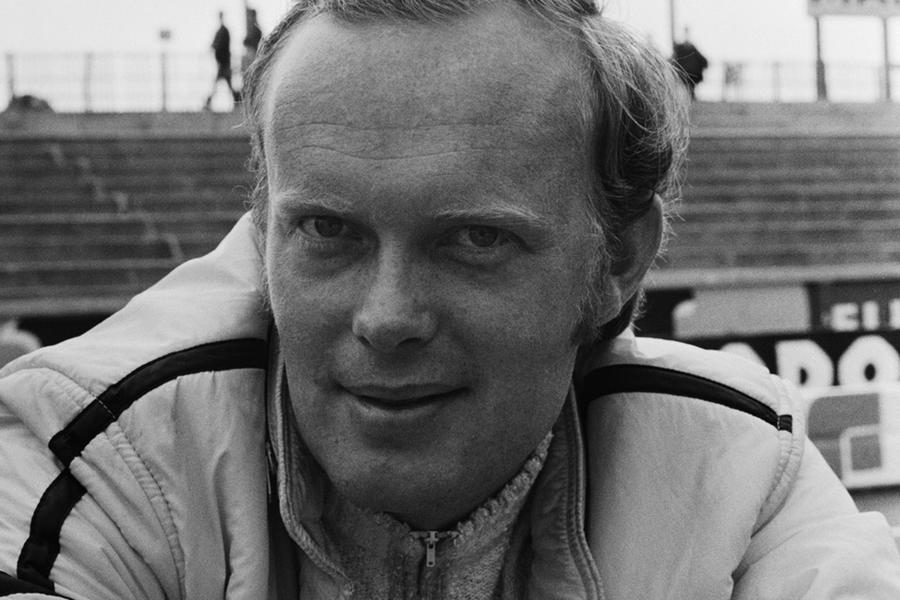 He made his mark in the Porsche 911, winning the 1969 Monte Carlo Rally, before taking further victories in machinery as diverse as the howling Lancia Stratos, the iconic Ford Escort MK2 and the lumbering Mercedes 500SLC. His  last win came in 1990, 21 years after the first, when he conquered the gruelling Safari Rally in a Toyota Celica GT-4. In fact, despite being brought up on the snow and gravel of his native Sweden, Waldegaard was most at home in the dust of Africa, with a total of four wins on the Safari and three on the Ivory Coast.

His love affair was so strong with the Continent that he continued to compete in the East African Classic Safari well into his sixties, winning the event outright in 2007 and 2011. 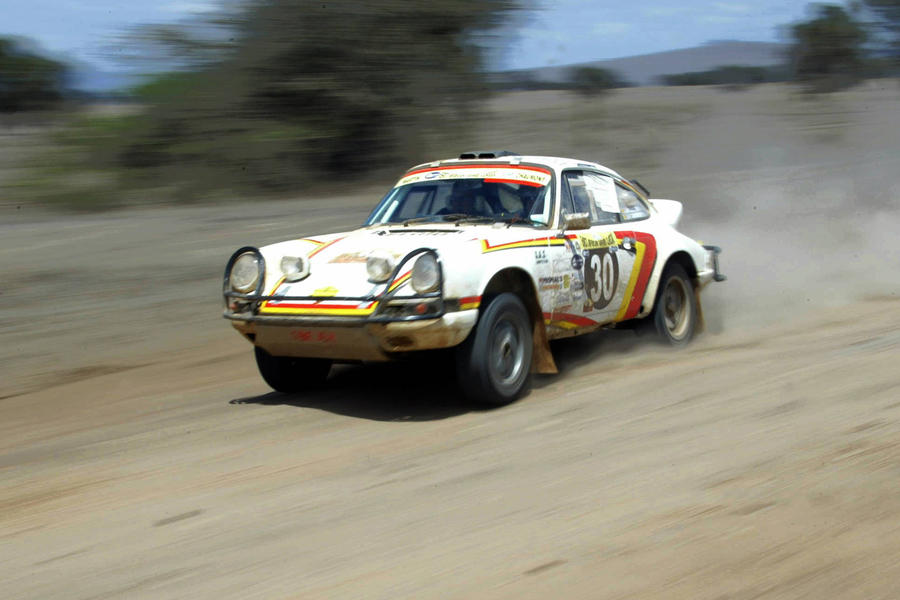 For many, Rohrl is the ‘drivers’ driver, his blend of raw driving talent an intellectual nous making him a formidable opponent regardless of surface or car. His 14 wins and two world titles speak for themselves, but you have to dig a little deeper to unearth the real genius. 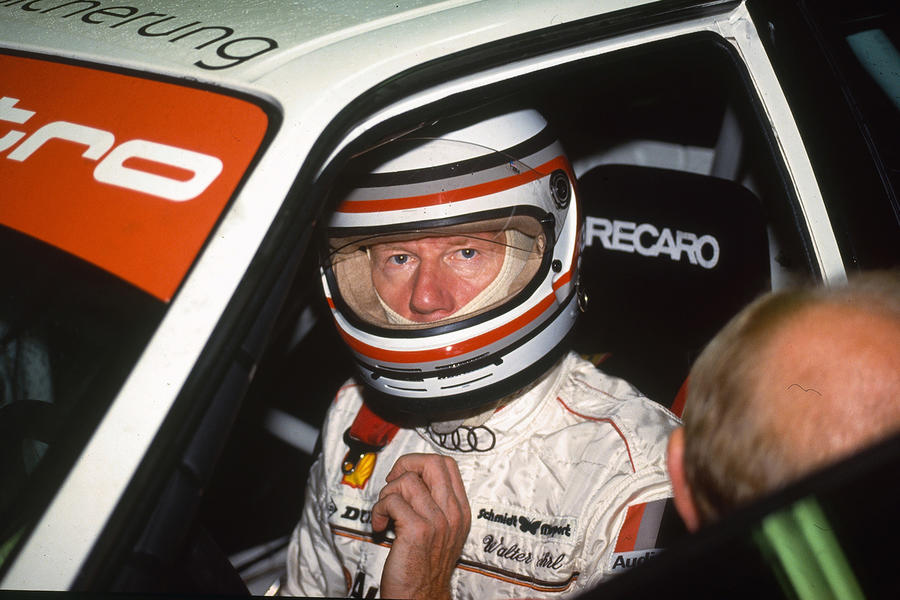 For example, he notched up three consecutive Monte Carlo Rally wins with three very different cars (rear-drive Opel Ascona, mid-engined Lancia 037 and turbocharged four-wheel drive Audi Quattro). He was also the only driver able to wrestle the fearsome, fire-breathing S1 Quattro to a win (Sanremo 1985). His versatility also saw him take class wins at the Le Mans 24 hours, a win at Pikes Peak and race victories for Audi in the DTM and IMSA series.

So why doesn’t he finish higher? Well, for all his talent Rohrl chose to skip events he felt were too specialised or required too much local knowledge, such as the 1000 Lakes in Finland and the RAC in the UK. 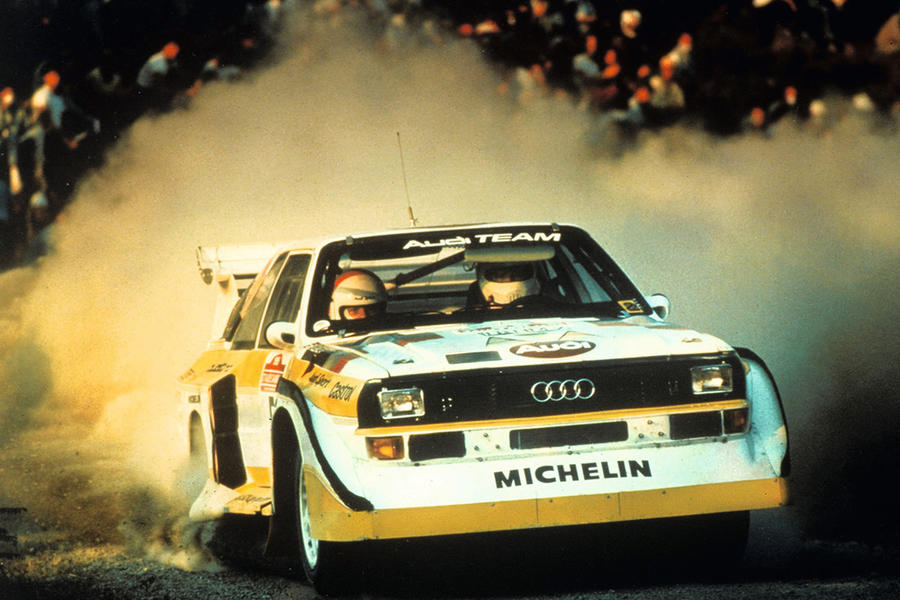 Like a Stirling Moss of the stages, Markku Alen is arguably the greatest driver never to have won the world title. Okay, that’s not strictly true, as he was champ for 11 days in 1986, before the politically charged machinations of governing body FISA stripped him and his Lancia team of victory in that year’s Sanremo, handing the crown to arch-rival, Peugeot’s Juha Kankkunen. 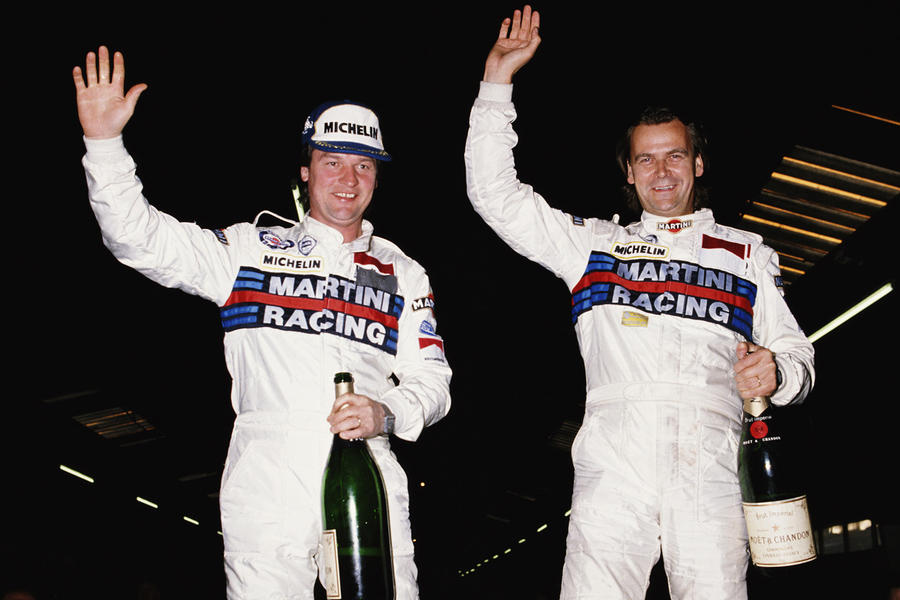 Known for his ‘maximum attack’ catchphrase, Alen was one of the out-and-out quickest there has ever been. He spent nearly twenty years driving for Fiat and Lancia, leading to a temperament that was more fiery Latin than typically ice-cool Finn. Most of his success came in Lancia Deltas, both Group A and B, but it was the mid-engined 037 that he most enjoyed, despite the trouble he had folding his lanky frame into its cramped interior.

This gossamer light, supercharged rear-wheel drive racer took him to back-to-back victories on the 1982 and 1983 Tour de Corse rallies, making him one of the few Finns that was as fast on tarmac as on gravel. 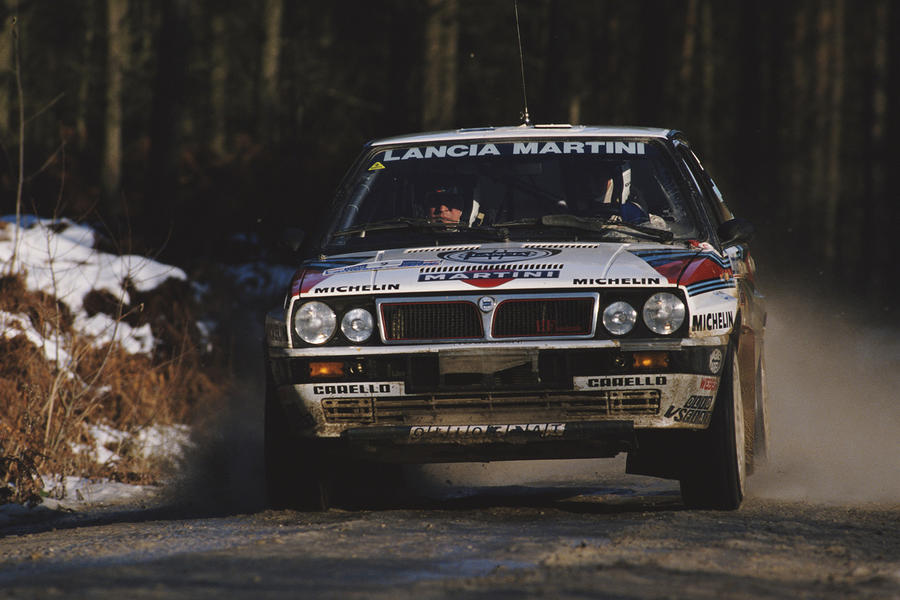