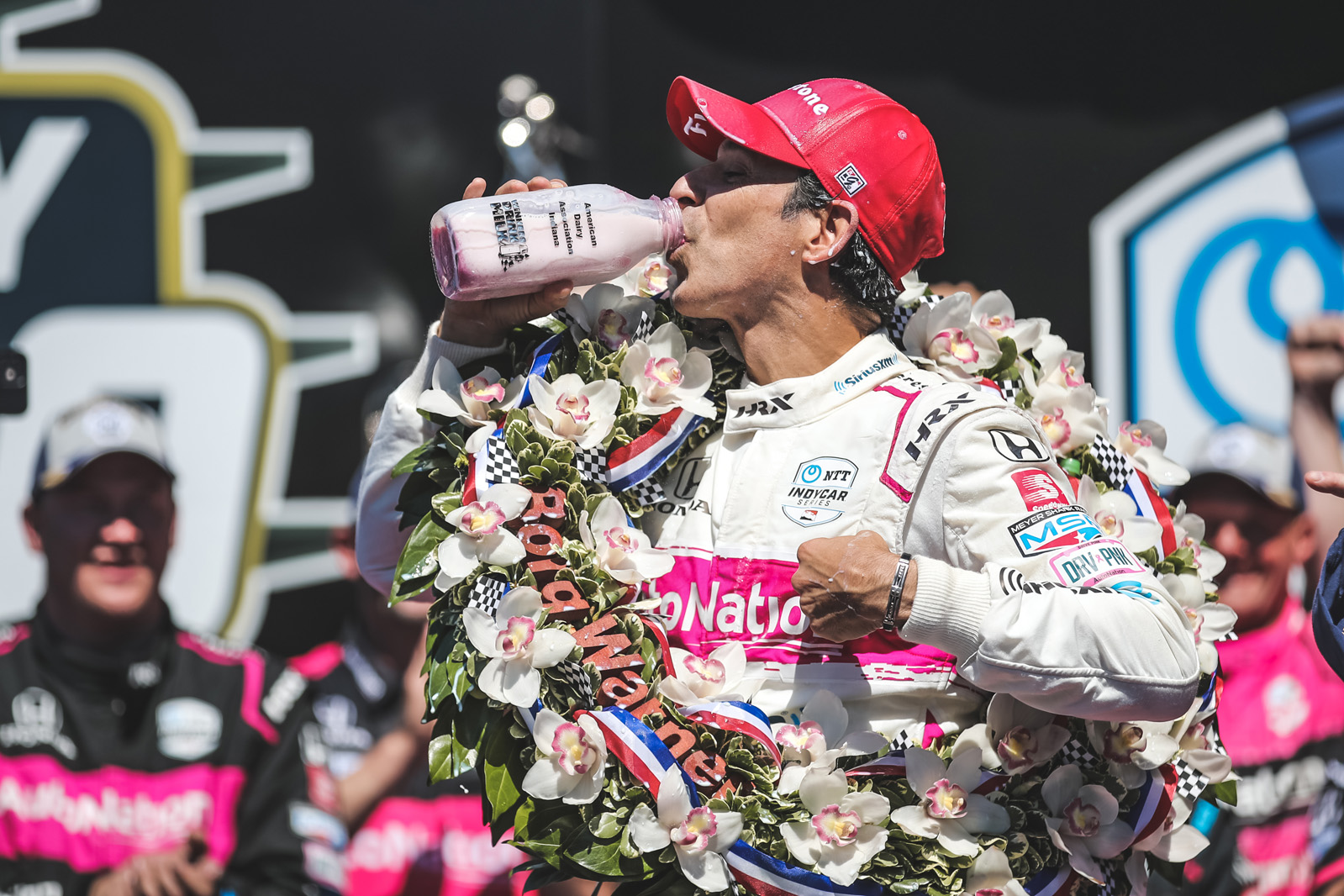 Hélio Castroneves chiselled his place in history as a record-equalling four-time Indianapolis 500 winner on Sunday, as the 46 year-old beat Alex Palou – at 24, nearly half his age – in a thrilling duel to the chequered flag.

Castroneves, who also won the Daytona 24 Hours in January, last won the 500 in 2009, a dozen years ago, but has now made Indy’s special trio a quartet as he joins AJ Foyt, Al Unser Sr and Rick Mears on four wins – exactly 20 years after his first at America’s great race.

A vet beats the new-gen The race had been billed this year as a scrap between the veterans versus the new generation, and so it proved as the 500 entered its closing stages. Driving a Honda-powered entry for Meyer Shank Racing, Castroneves had been a contender all month and qualified in the middle of the third row – then when it counted his experience made the difference as he and Palou duelled for the lead over the final 24 laps following the last round of pit stops.

The Brazilian and the Spaniard seemingly forgot that passing is supposed to be tough in this aero era as they passed and re-passed each other time after time as the laps ticked down. With two to go, Palou once again weaved on the drag to Turn 1 in his attempts to break the draft, but Castroneves’s black and pink #06 Dallara swept around the outside to claim a lead that this time he would not lose – despite the pair catching a gaggle of backmarkers. The celebrations following his victory at the 105th Indy 500 will go down among the most memorable in the race’s history. Known throughout his career for his signature move of climbing the debris fences following a win, ‘Spider-man’ once again clambered up to scream at the roaring masses who had returned to Indy after missing the pandemic-delayed 2020 race. How perfect that a strong fan favourite should win again this year when his public were back to share the moment. “I love Indianapolis!” cried the overjoyed winner when the interviewer finally managed to grab a word. “From the beginning I was so comfortable and happy, I knew the car was good, that I’d be in the fight and would have to get my elbows out. I’ve done two races this year and I’ve won them both! It was good to teach the new guys a lesson.”

On a day when few accidents interrupted the action, one major incident so very nearly developed into something horrible. It began when Graham Rahal lost his left rear wheel which had not been tightened fully at a pit stop. As the American’s car hit the wall, the wheel bounced down the track and was collected by Conor Daly’s Ed Carpenter Racing entry. The son of ex-Tyrrell Formula 1 driver Derek Daly led 40 laps, more than anyone on Sunday, only to drop to 13th at the flag. But after this escape his disappointing result surely didn’t matter. The Firestone pinged off the nose of his Dallara, leaving incredibly minor damage in the circumstances – but it so easily could have landed on his head. In such moments, it’s hard to argue against IndyCar’s wrap-around Aeroscreen that was introduced last year to protect drivers in such moments. The screen wasn’t fully tested on this occasion, but Daly must still have been so thankful that he experienced this terrifying moment looking through it.