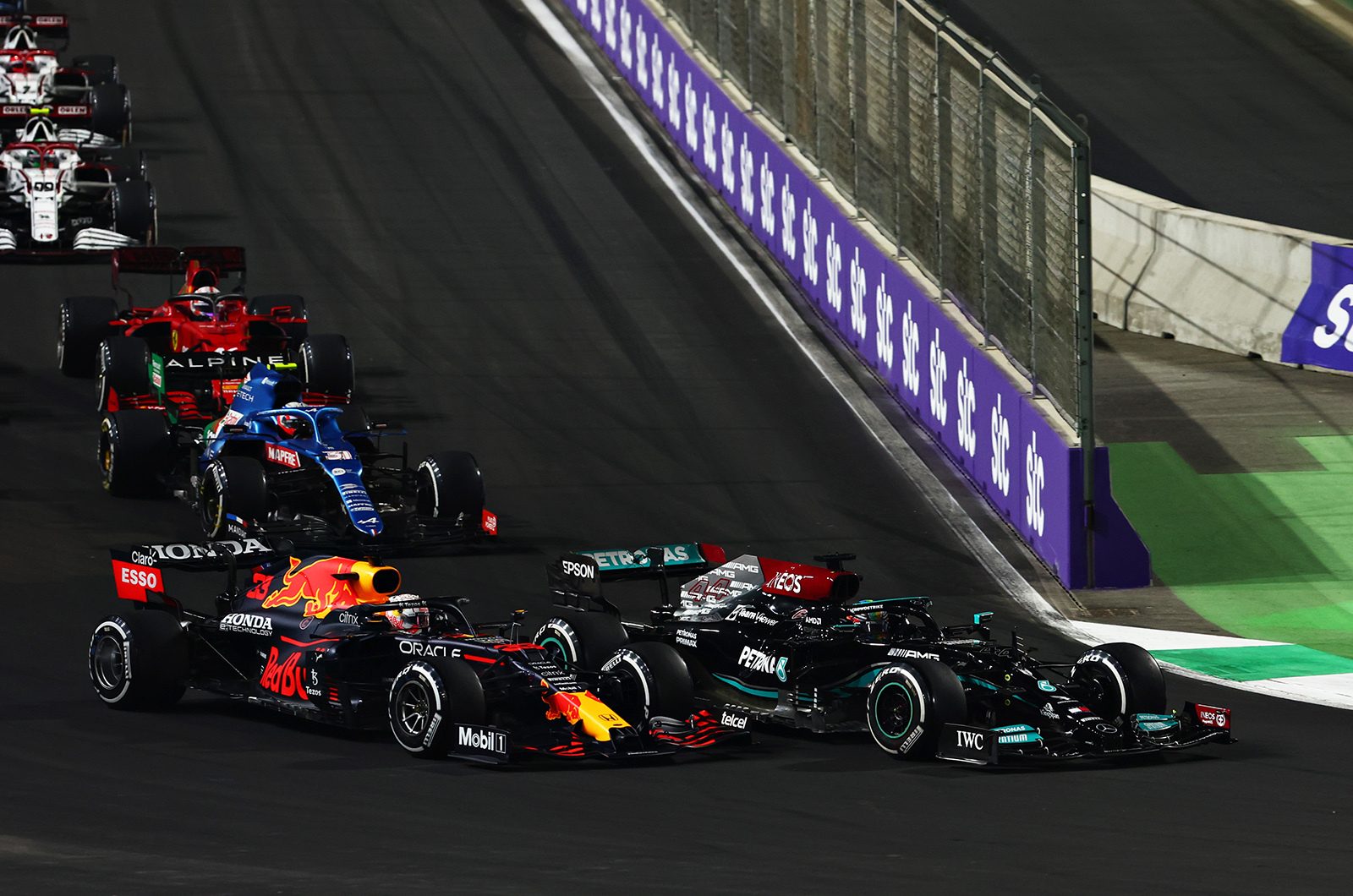 The Formula 1 World Championship has featured some incredible final-round title showdowns in its history, but this weekend’s Abu Dhabi Grand Prix could well be the most dramatic ever. Two drivers, level on points. Have at it.

One is the most successful driver in the history of the sport, seeking a record eighth championship – and a fifth in a row. The other is his heir apparent, a 24-year-old phenom seeking to finally secure the crown that has long seemed his destiny.

Still, following the chaotic, controversial Saudi Arabian Grand Prix, the big question ahead of this weekend isn’t whether Sir Lewis Hamilton or Max Verstappen will win the championship: it’s whether they will both make it past the first turn.

The tension between the two drivers has been ramping up all year, escalated by rhetoric from their respective Mercedes-AMG and Red Bull-Honda teams and by a series of on-track clashes and near-misses at Silverstone, Monza and Interlagos.

Then came Saudi Arabia, a two-and-a-half-hour soap opera of a race in which Hamilton and Verstappen had multiple clashes and near misses.

For me, the key takeaway was Verstappen’s approach to racing Hamilton, which, depending on your viewpoint, was either firm or over the edge. But it did show tremendous situational awareness: Verstappen was ahead in points at the time and surely knew that a DNF would be costlier to Hamilton. So he made Hamilton choose between ceding position or risking an accident.

While the two are now tied on 369.5 points heading to Yas Marina, Verstappen still has an edge: he has won nine races to Hamilton’s eight, so would win on a tie-break if the pair finished level on points. But the momentum is with Hamilton: he has won the last three races and Mercedes seems to have found a pace advantage. Plus, as a seven-time champion, he has experience of this.

I’m not suggesting we’re going to see a repeat of Suzuka 1990, when Ayrton Senna deliberately drove into Alain Prost at the start of the race to claim the title. But if Verstappen and Hamilton are racing closely, the Dutchman will surely know his rival still has more to lose – although FIA race director Michael Masi has clarified that points penalties could be issued to ensure the title isn’t won due to contact.

Could it come to that? Well, there is a precedent: Michael Schumacher was stripped of second place in the 1997 standings for his clash with Jacques Villeneuve in the 1997 title-decider – although that was largely a token gesture, given that the Canadian clinched the crown anyway.

Let’s hope it doesn’t come to that. That’s partly because that would effectively mean the title was decided by Verstappen’s victory in the Belgian Grand Prix, a farce of a race that ran entirely behind the safety car – but mostly because 2021 has been an epic season. It has been a titanic clash between two drivers in peak form, and it deserves to be settled on the track, not in the stewards’ room.

And whichever driver wins, it’s a great story and essential viewing – and kudos to Sky Sports and Channel 4 for agreeing a deal to show it live on terrestrial TV in the UK.

Either way, you will be witnessing history: it will either be the most hard-fought of Hamilton’s eight titles or the first of many for Verstappen. Bring it on.