Damon Hill on the future of F1 Damon Hill was 36 when he became Formula 1 World Champion in 1996, the same age Lewis Hamilton is now and will still be in December if – or is it when? – he claims his record eighth crown.

Now 60 and newly vaccinated against you-know-what, Hill reckons he understands where Hamilton’s head might be at, following his recent decision to only re- commit to the dominant Mercedes-AMG F1 team until the end of 2021. Whether he races on into next year and beyond is currently anyone’s guess – including, perhaps, his own.

“I totally get it,” says Damon, who will attend about a third of the record 23 races scheduled for this year in his role as commentator for Sky F1’s TV coverage. “Lewis is in this position where he can pick and choose. As he’s acknowledged, he’s coming up to the end-game. He knows he could race if he wanted to for a long time yet, but he’s not sure. Being bound to a contract that goes beyond a certain number of years, you don’t know how you are going to feel when it comes to the crunch.” Hill’s fine F1 career – 21 GP wins for Williams, another for Jordan and that emotional 1996 world title – hobbled to a sad conclusion after a difficult season in 1999. He knew the time had come. “Everybody has this in the back of their mind: ‘when will I have to stop racing, and will I know when is the right time to stop?’” says Damon. “Keeping your options open is the right thing to do. The question is whether he’ll be in a stronger negotiating position later this year, and on past track record you’d say he probably will be.

“But we saw what happened with Michael [Schumacher] at Ferrari where you think ‘they’ll wait for me’,” he adds as a warning. “The trouble is Mercedes won’t and can’t. That’s the trap, and I’d be wary of it. Assuming you are indispensable is risky.” 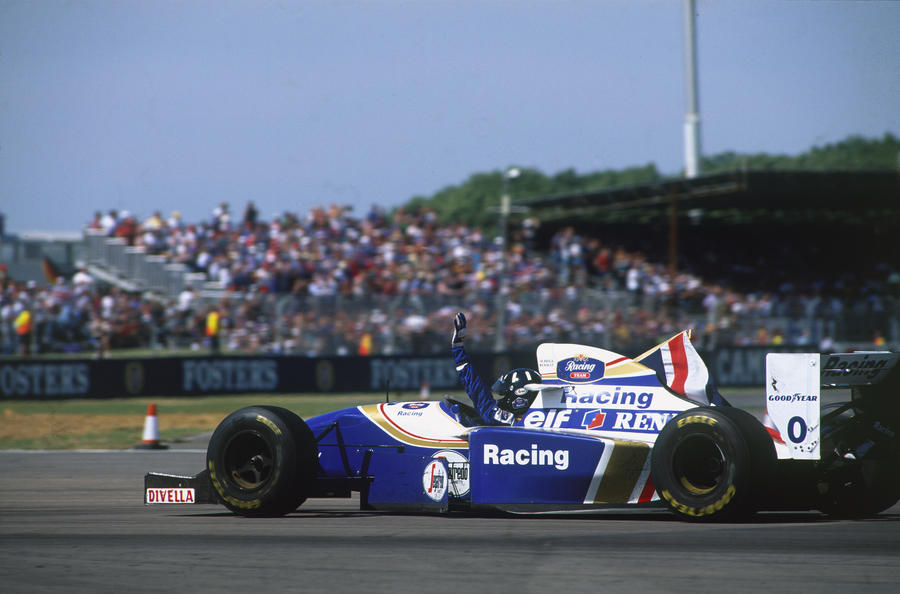 As Hill says, “It’s more of a problem for Mercedes, isn’t it? They have to set up their ducks in a row for the future.” As Red Bull boss Christian Horner has openly admitted, his driver Max Verstappen will surely be high on the list if Mercedes has any doubt about Hamilton’s future intentions. “Yes, and I think Mercedes will be high on Max’s list as well,” says Damon. “He’s been very loyal to Red Bull, but if they can’t provide the competitiveness he needs… Time is ticking. He was the youngest F1 winner back in 2016, but he hasn’t been able to fight for a championship yet. That will be in his mind.” Just like last year, Red Bull is best placed to challenge Mercedes this season in its last campaign with factory Honda power, but Ferrari too should be a contender – if it has recovered the ground lost from the power-unit legality controversy that set it back before last term even began. “With the engine freeze [from 2022] and only one more upgrade to come they’d better have got it right this time, otherwise they will be stuck,” Hill points out, who relishes the prospect of Carlos Sainz Jr taking on Charles Leclerc, following the Spaniard’s switch from McLaren. Likewise, newly installed Daniel Ricciardo versus Lando Norris is a tantalising prospect in the papaya cars.