Deus Vayanne has a claimed top speed of 400km/h and 0-100km/h takes 1.99sec, according to computer simulations.

New Austrian car manufacturer Deus has unveiled an all-electric hypercar at the New York motor show that looks set to become one of the most powerful cars on sale.

Developed in partnership with Italdesign and Williams Advanced Engineering (WAE), the Deus Vayanne is predicted to produce more than 1617kW and 2000Nm of torque, according to computer simulations. If accurate, it would mean the model is significantly more powerful than the 1400kW Pininfarina Battista, 1434kW pre-production Lotus Evija and 1427kW Rimac C_Two.

Top speed is 400km/h and 0-100km/h takes 1.99sec, according to its maker. Despite sitting just 120mm from the ground, the Vayanne will offer a “comfortable and luxurious ride” and provide “maximum daily usability in the hypercar class”, Deus says. The car’s design language was inspired by “symmetry and infinity”. The grilles at the back and front are intended to represent the infinity loop, a feature emphasised by a light strip at the rear

Inside, the Vayanne has a fully digital instrument cluster and control display. The black and white interior also features an ‘infinity mirror’, which offers an improved view of the cabin in what Deus says is an automotive industry first. Deus head of design Adrian-Filip Butuca said: “At Deus, design is not merely about the looks. It is an integrated concept that reflects the marque’s main credo: to effortlessly combine exquisite design and functionality with cutting-edge technology in the EV hypercar segment.

“To showcase this harmony, we chose to stylise the Vayanne around the idea of symmetry and geometric alignment of its lines and design features.” 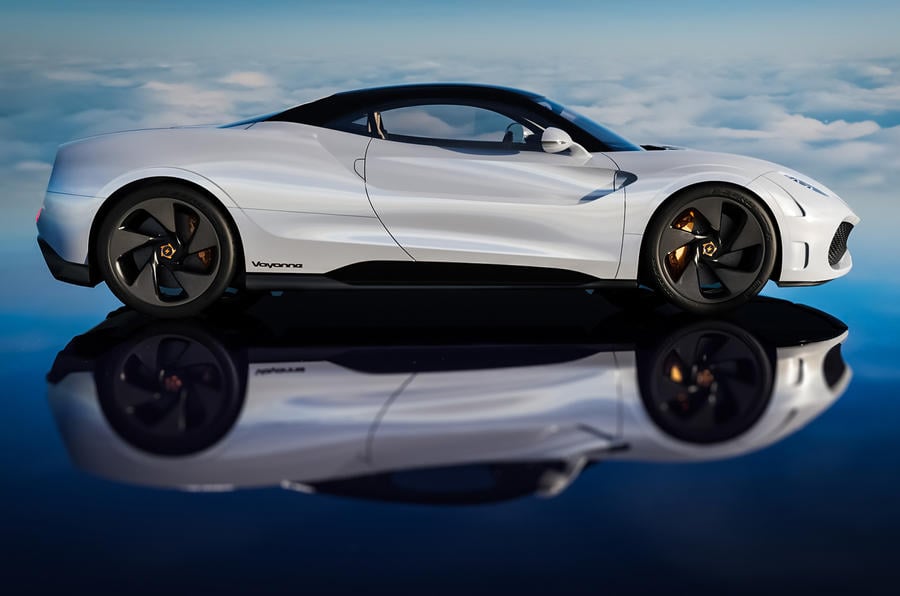 It is believed the Vayanne is based on a ‘turn-key’ package announced by WAE and Italdesign in 2021. The package is claimed to be suitable for crossovers, saloons and GTs, and created from aluminium and recycled composite materials.

Deus claims it can be equipped with two, three or four electric motors and support battery sizes of up to 160kWh for a potential range of almost 1000km.

Pricing information for the Vayanne has not been revealed, but production will be limited to just 99 units. The first cars are expected to be delivered in 2025.