Down to a fine part: Visiting F1 supplier Retrac You would never guess from the outside. In fact, you wouldn’t look twice if you happened to pass this cluster of units that stretch along a quiet road on an industrial estate outside of London. Yet inside this unremarkable façade exists a company that’s a key artery of the beating heart that gives life to some of the UK’s Formula 1 industry.

The name on the signage doesn’t ring a bell. The Retrac Group, anyone? No? Welcome, then, to the unseen (and most definitely unglamorous) side of the F1 tracks: the one you never get to see on the telly but without which the grand prix wheels would struggle to turn.

Retrac is one of the world’s leading advanced manufacturing specialists, dealing in composites, exotic materials, tooling and component manufacture. It services sectors such as aerospace, automotive, defence and medical. But all these activities have sprung from its core foundations in F1, where Retrac is a partner and supplier to five of the 10 F1 teams. The company has been in operation since 1972 but has recently undergone an ownership restructure as the late founder’s son, Andy Carter (Retrac is his surname backwards), prepares to step aside and allow new CEO Dan Walmsley to take the reins. Walmsley was formerly motorsport boss at McLaren Automotive and previous to that ran the Strakka Racing organisation that twice won its class at Le Mans.

Retrac’s F1 links can be traced back to the 1980s, says Carter, when Williams, Benetton and eventually McLaren were customers calling on its expertise to make parts. “We would turn up in the morning and the material and drawing would be on the doorstep,” he says. “That was just the beginning. The F1 business prompted us to move more heavily into CNC machining and became the driver behind a lot of investment. In 1997, we thought moving into composites would be a benefit to us and our F1 customers, because we could then offer them a complete manufacturing package: pattern making through to complex CNC machining for both metallics and composites. It was the natural progression.” 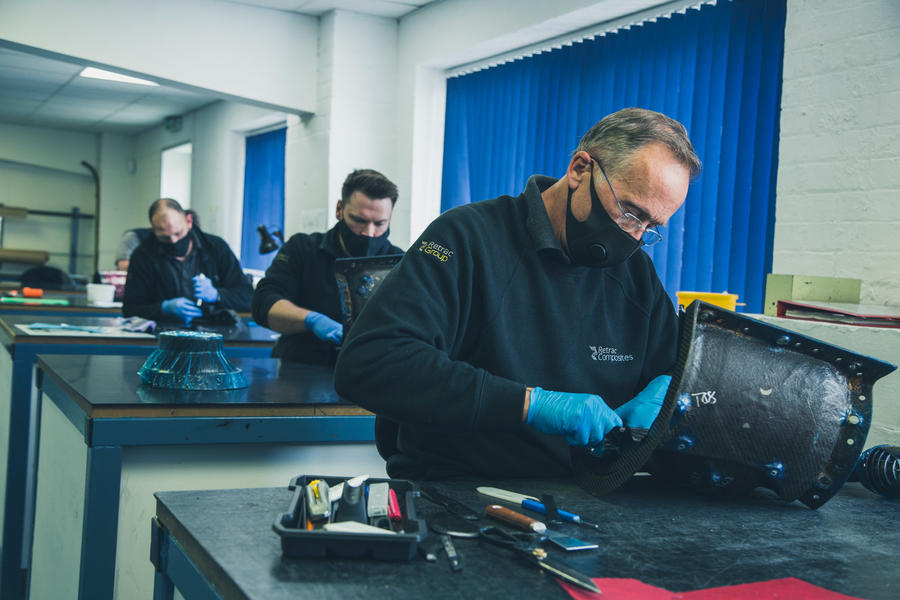 Without a natural succession plan within the Carter family, the time is right for a new chapter – which is where Walmsley comes in. Now the company exists under the ownership of a clever employee trust, meaning each of the 110 employees at Retrac has a quantifiable stake in the business. “It has created a sense of engagement beyond the level of a normal employee-employer relationship,” says Walmsley. “Our people know the decisions they make not only effect the bottom line for the financial accounts but also for the long-term customer pipeline, the perception of the company out there, all for their own futures. It has been a real enabler. We’re seeing increased productivity and an appetite to go that extra mile for the customer.”

Walmsley describes Retrac as “an extension of our clients’ manufacturing capabilities”. “We’re not just a composites shop: we can do full design, pattern, tooling, jigs, fixtures, finished components, the whole lot,” he says. “We offer what we hope to be a unique blend of services that’s quite attractive for certain companies and partners in F1, where they just want that problem dealt with, rather than having to worry about how to achieve it themselves. Having a manufacturer of certain assemblies and components under one roof means quality can be assured from start to finish. It’s all under Retrac, so we can control the output, and that gives people confidence in working with us.”

But five F1 teams… as Carter says with a smile, that’s a lot of “plate-spinning and keeps you focused”. Walmsley explains how it works: “We’ve got a fantastic projects team who work collaboratively, and each project has its own manager, so each customer is treated as its own little department. We don’t cross-pollenate one customer’s work with another, and there are some very clear divides to make sure that we don’t contaminate anything in that respect.

“Every F1 partner we have wants to work a slightly different way with us, so we have to be flexible in approach. There are some who very much want to work collaboratively, to have a dialogue to find the right solution, and there are some who are very prescriptive in what they want and give us instructions what to do, and that’s fine. Then there are others who come to us and want us to find the solutions to their manufacturing problems. As you can imagine, some of the biggest teams have significant quality-control departments with teams of inspectors, while other teams actually look to us to provide that for them. It’s an interesting model.” 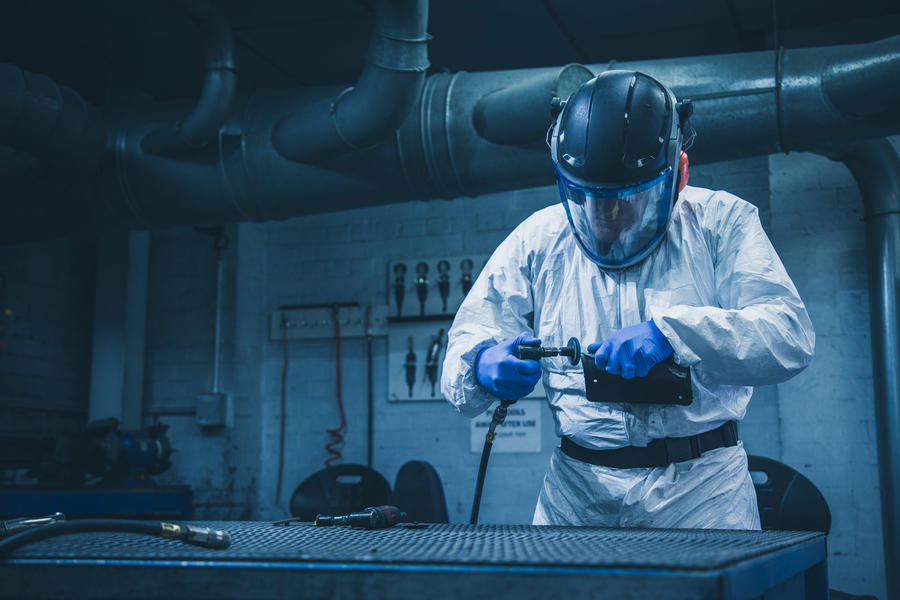 It’s also easy to imagine how demanding F1 teams must be, to turn around parts in double-quick time. “F1 in particular has helped us tremendously in improving our own quality systems because of the demanding nature of their right-first-time business, with delivery schedules that have to be met, otherwise parts don’t make a test or race,” says Carter.

“There’s structure, too,” points out Walmsley, “because we know when the typical off-season manufacturing peaks are, and we also work closely with the teams on those big regulation changes that bring a slightly increased pressure. So the rule change for 2022 should be an interesting period. But yes, there’s always the unforeseen, the accident damage, a reliability issue that suddenly comes in that hadn’t been picked up. We work closely with them, and the answer needs to be: ‘Yes. Now, what’s the question?’”

On face value, you would expect the new F1 team annual cost cap introduced for this year to have a negative knock-on effect for suppliers such as Retrac. “The short answer is yes, it is affecting us, but not in perhaps the way you expect,” says Walmsley. “It has changed the expenditure profile of the teams. We’ve actually seen several of our teams outsource more manufacturing, because the overhead of having that in-house is a big dent on their cap. We’re seeing a slightly different approach to risk, too. In the past, they might have taken eight suspension components to races; now they’re taking four. They see how they go, then order more as needed. It has skewed the profile, but from what we know, not all teams were operating above the cap anyway. New ownership usually means big changes, but Walmsley stresses that, for Retrac, his target is “more of the same” and to maintain the current business, while also “aligning all our manufacturing skills in composites and metallics more closely together, which brings more capacity and efficiencies we can pass on to the customers. It’s about growing into a more complete manufacturing partner. There are some exciting new sectors we can expand into, but the key is to grow while protecting what is now owned by our employees. We can’t be gung-ho and take undue risks: we have to build diligently.”

Nothing remarkable to see here? Think again. Unseen it might be, but without Retrac and its ilk, this companies F1 success story wouldn’t stretch far beyond the first page.