No traffic, no speed limits: this truly is an exercise in restraint.

The Isle of Man plays host to the quickest things on two wheels, we hurtled around the nerve-shredding TT course in one of the fastest things on four wheels.

I’m not a biker and never have been. I have known too many friends and family members whose lives have been changed by parting company with such devices.

My father was an avid biker who avoided injury by mastering what he called the ‘elective dismount’. Three times he saved himself by bailing out on his own terms in advance. And I just don’t have that talent.

But I love to watch bike racing in general, and the kind that happens on the Isle of Man in particular: even on YouTube, the TT course makes a modern Formula 1 track look like a toddler’s ball park. The route from Douglas towards Peel, up to Kirk Michael, on to Ramsey and then over the mountain back to base is surely the most challenging used in all motorsport today. 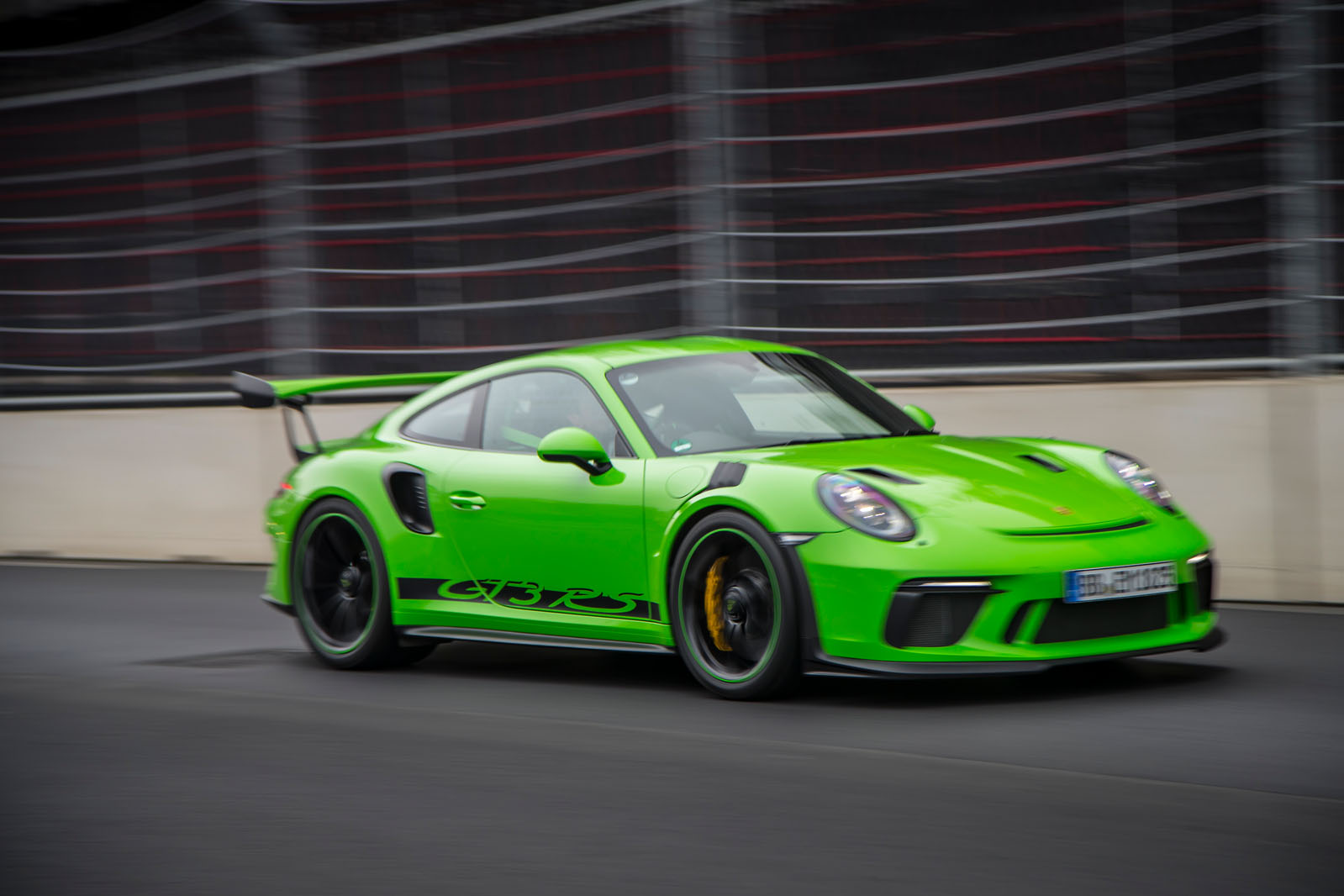 So two years ago, I went to see for myself. The first bike I saw was John McGuinness turning right at the bottom of Bray Hill at perhaps 275km/h. And what struck me so forcefully was that the balance he was trying to strike was not between anything so trite as oversteer and understeer, but between life and death itself. On another part of the course, the distance between my feet and riders doing 290km/h was best measurable in inches. The sight and sounds were simply shattering. Two riders died that day, shortly after passing my viewing point on the Cronk-y-Voddy straight.

The only thing you can’t really do when the TT is in town is go for a drive: there are thousands of people on thousands of bikes everywhere, and it would be reckless to the point of criminal irresponsibility to try to go fast in a car. Which is a shame because the Isle of Man is the only place I know with no speed limits on country roads outside the towns and villages.

What would it be like when all was quiet to have a proper run in a proper car? The chance to spend a day alone on the island with a brand new Porsche 911 GT3 RS provided the answer. But there were hurdles to overcome, by far the biggest between my ears. The rule here is that where no speed limit is posted, there is no speed limit; even so, laws regarding dangerous driving still exist and are applied on a case-by-case basis. But if the road is empty and dry and visibility good, you can drive fast – and I mean properly fast – without attracting unwanted attention. 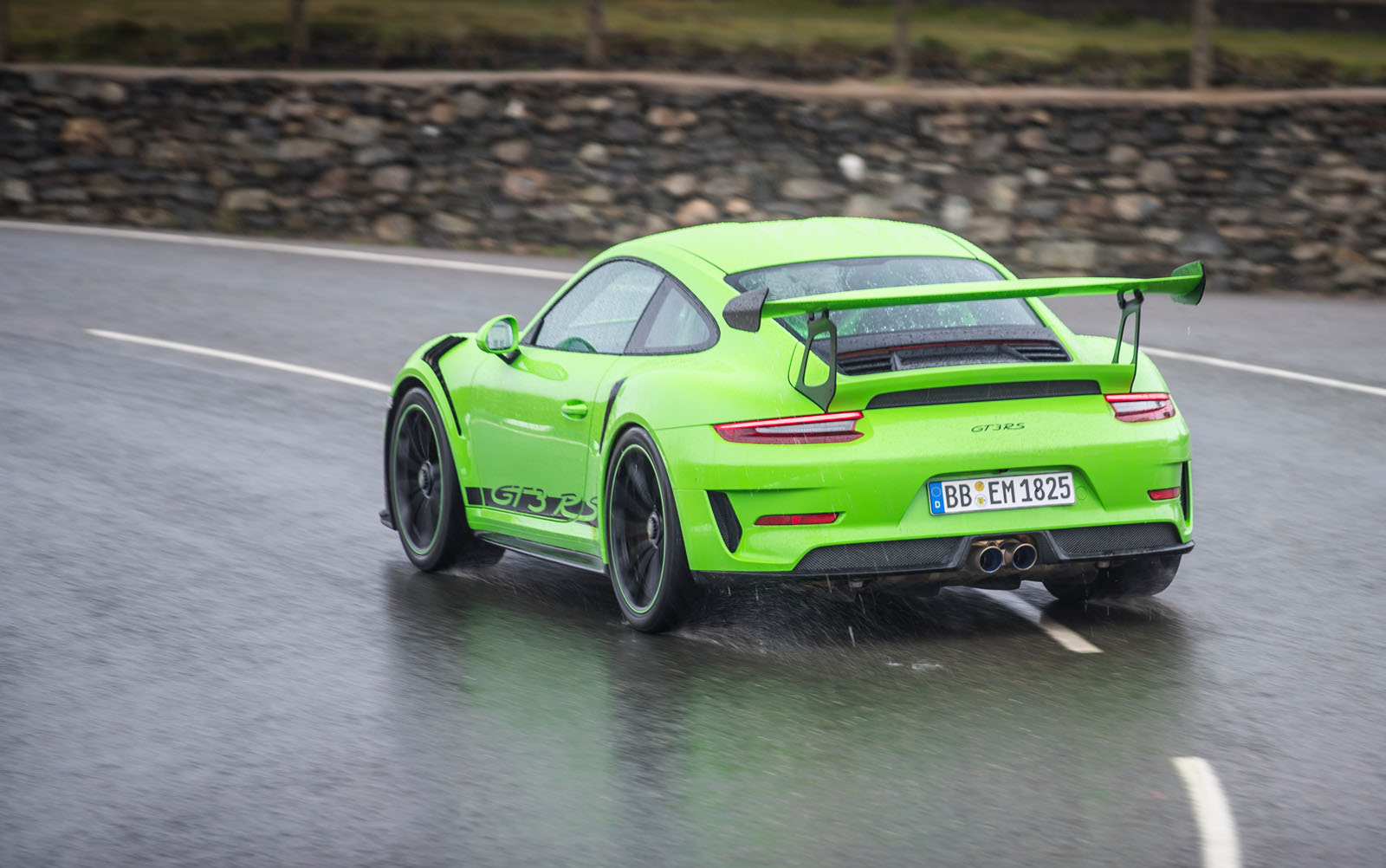 And still I am being coy. People who write about cars have unlimited ways to describe driving quickly without saying exactly how fast they were actually going, and for fairly obvious reasons. And now that I can be open about how I drove the GT3 RS that day, still my fingers shy from the keyboard. Old habits, I guess.

The bigger point is that even when presented with a world-class road uncontaminated by traffic or speed limits, you still don’t go steaming in as fast as you can. You need time to understand this unfamiliar legislative environment, and how much faster than the law might otherwise allow it is still safe to go.

Sounds dull, huh? Not when you’ve got a brand new GT3 RS under your right foot. What a device for such a job! Actually, I think the standard GT3 is a more rounded and, frankly, better road car than this, and not just because it’s available with three pedals. It also has a level of suspension compliance that not only makes it comfortable but also helps it breathe with the road and is more tolerant of the lumps and bumps that strew your path out here. 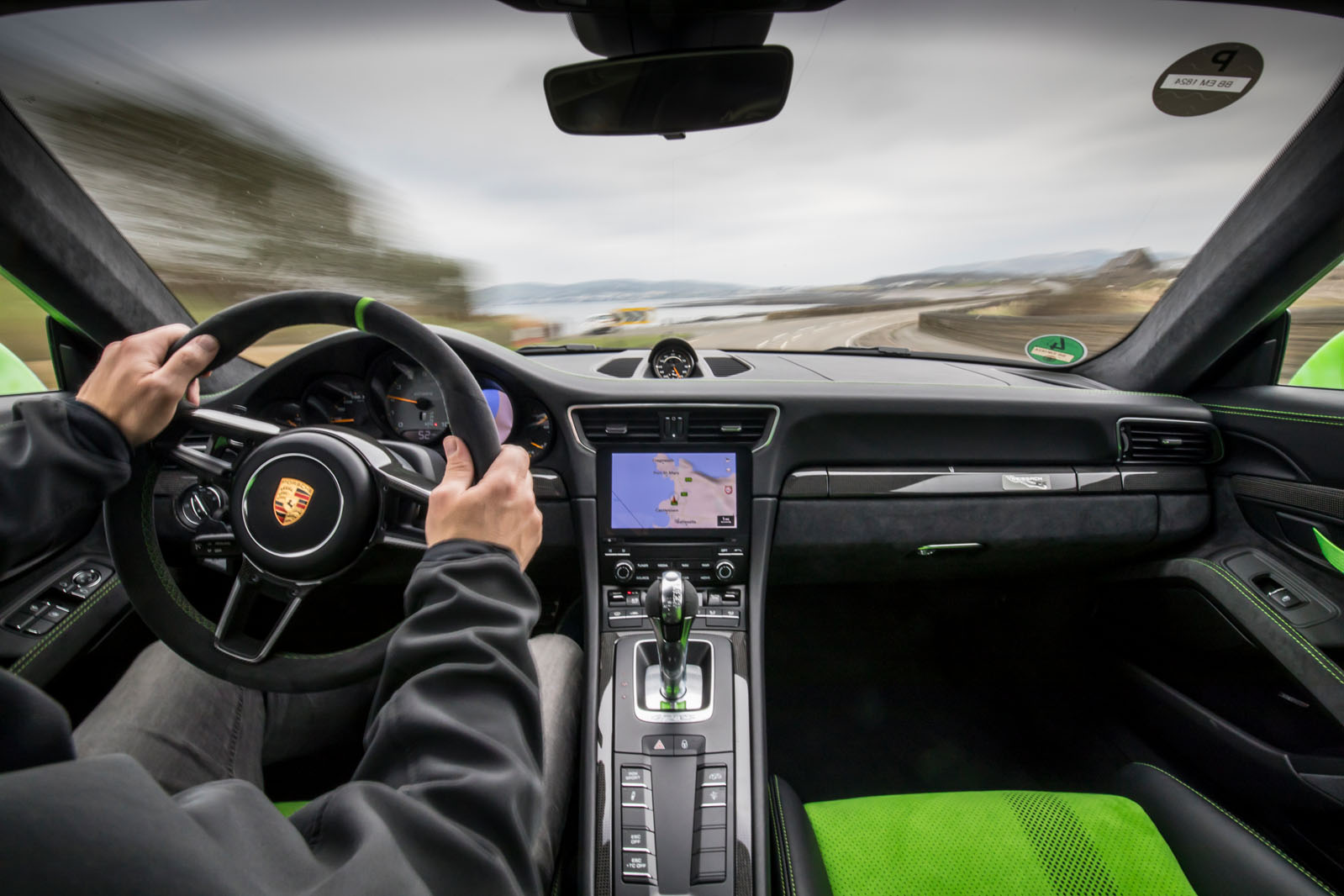 And that would be fine, better even, on any other road because this GT3 RS is a track car first and second, and a road car a pretty distant third. But out here lies corners that have long passed into motorsport folklore. This is a place where only the maddest ride the craziest of machines, so only the maddest car available would do.

And believe me, the GT3 RS is mad, far more so than any other to carry that badge, and it has very little to do with the 15kW power hike to 383kW. Indeed, it makes the last GT3 RS seem positively sensible by comparison. It is, in fact, a naturally aspirated GT2 RS and you need only see that the front spring rates have been literally doubled over those of the previous GT3 RS to know it. So we head out onto the TT course.

The plan was never to do a lap because traffic in Douglas is heavy and certain parts are closed as the island prepares itself for its biggest event of the year. But most is open and more than enough to understand the nature of this most challenging of circuits. 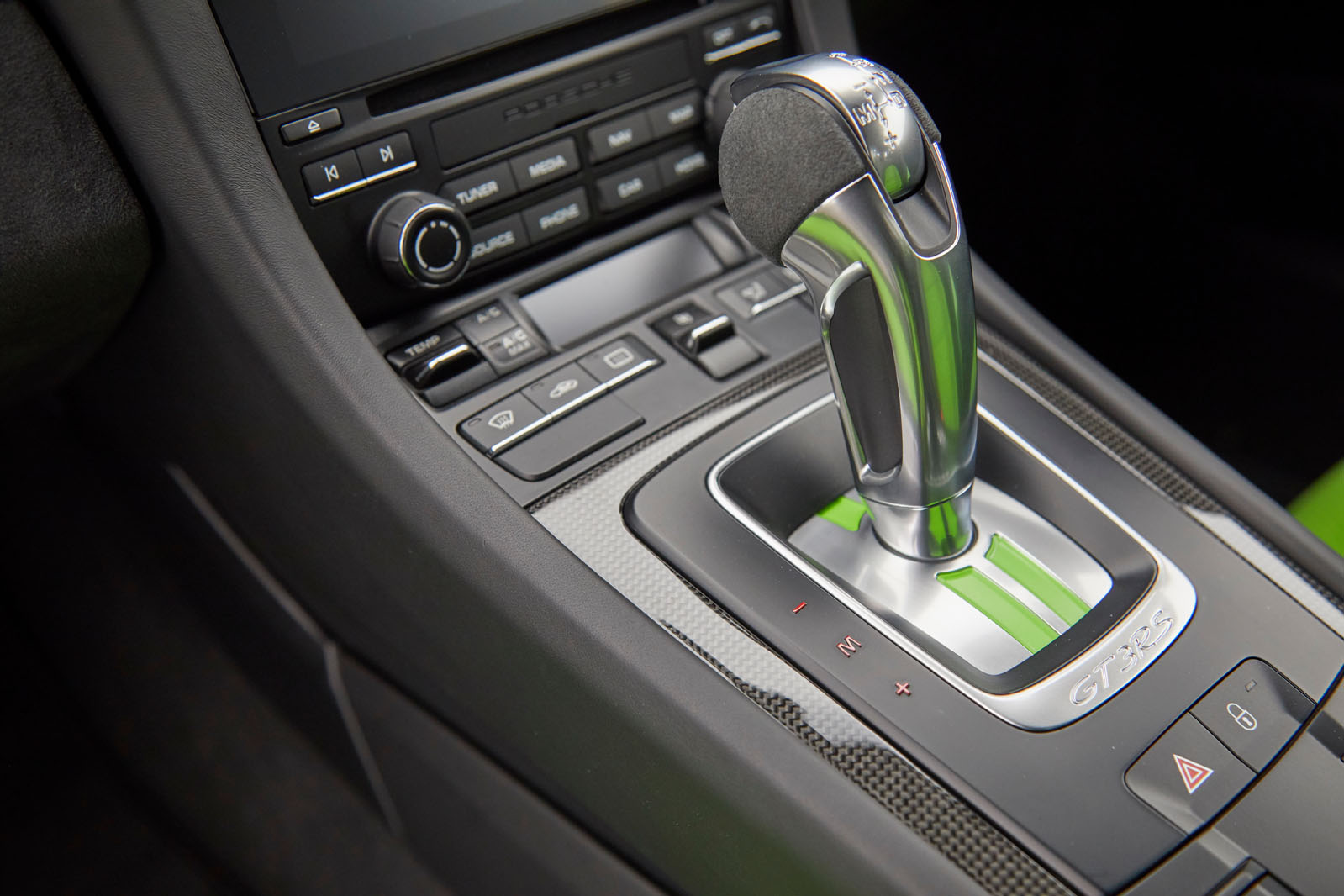 Imagine someone took the Nordschleife and inflated it until its original 23km length had been stretched to 60 days, turning all those medium-speed corners into high-speed curves and those high-speed curves into flat-out kinks. Then imagine if you draped the result on and around a mountain with its own microclimates and then peppered it with surface and camber changes, innumerable blind crests, not to mention mile after mile of kerbs, street furniture and other potentially lethal hazards for those going as fast as they can.

I can remember examining the cladding they put around the base of a traffic light and not being able to understand why it appeared to have barely more give in it than the steel pole to which it was attached. “Ah,” said my companion, “your mistake is to think it’s there to protect the rider. It’s not. It’s there to protect the pole.” Make no mistake, this is the toughest place I’ve ever driven. What it would be like, flat out and on a bike is beyond my powers of imagination.

In a GT3 RS, it is still surreal, the experience augmented by the fact that, at least in the beginning, I wasn’t quite sure which one of us was boss. On cold Dunlop Sport Maxx Race 2 tyres, it was fractious at first, then briefly mesmerising as they warmed up, then occasionally terrifying after a sudden shower. But eventually I found what I was looking for: mile after mile of open, dry, deserted roads. 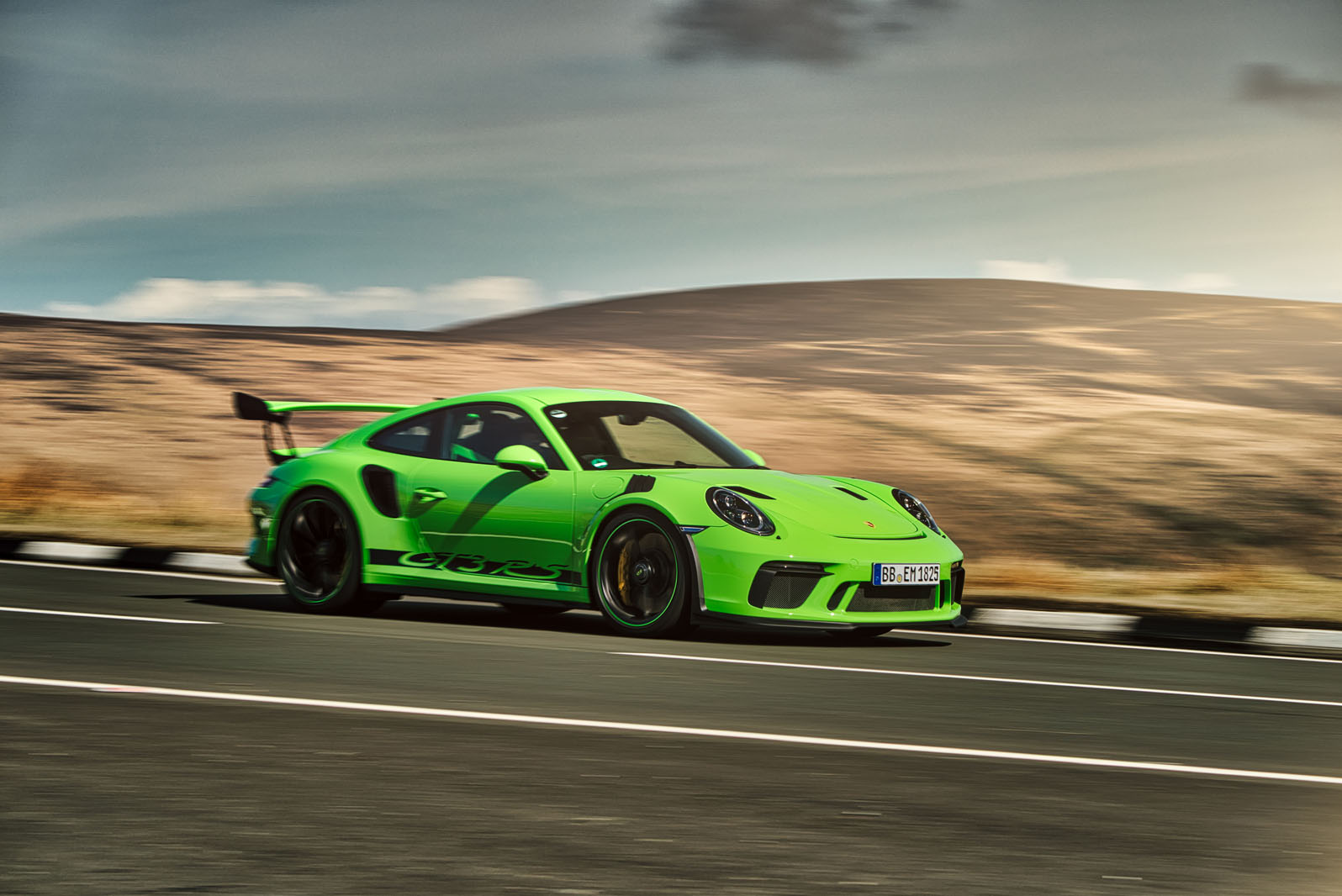 You have to grasp these moments when the stars align, and remind yourself you’re in a GT3 RS on some of the best roads you’ve ever seen and there are no speed limits. The time I spent there now exists in my head as a blur of hands, a sense of faint disbelief that a road car engine can sound this good and make that much noise and something closer to befuddlement at the level of grip those Dunlops could generate. It took time to realise I was experiencing the positive effects of downforce on the public road, probably for the very first time.

And yet still I had to restrain myself. The GT3 RS is so fast point to point that its acceleration is probably its least impressive aspect, and this is a car that can do 0-100km/h in 3.2sec. Brakes and grip are, relatively, mightier still. Its composure at speed is mesmeric: there was one curve taken over a slight brow and, even going as hard as I dared, there was no heave or pitch, nor even much discernible body roll, let alone any kind of yaw at either end. Unless you play fast and loose with the throttle in slow corners, out here there is no understeer or oversteer: it just steers.

It’s one reason the GT3 RS makes you want to push harder: you want to find out what it does when it lets go. How far would it slide and how fast? How quick would you need to be to collect it? I’d skidded about in it in hairpins but those were nursery slopes by comparison to what it was like out on the mountain roads. But it’s not the place. Zero speed limits do not mean zero risk and when I recognised that point where I was close to having to have a word with myself, I forced myself to ignore the car entreating me to go ever faster, turned around and headed home. 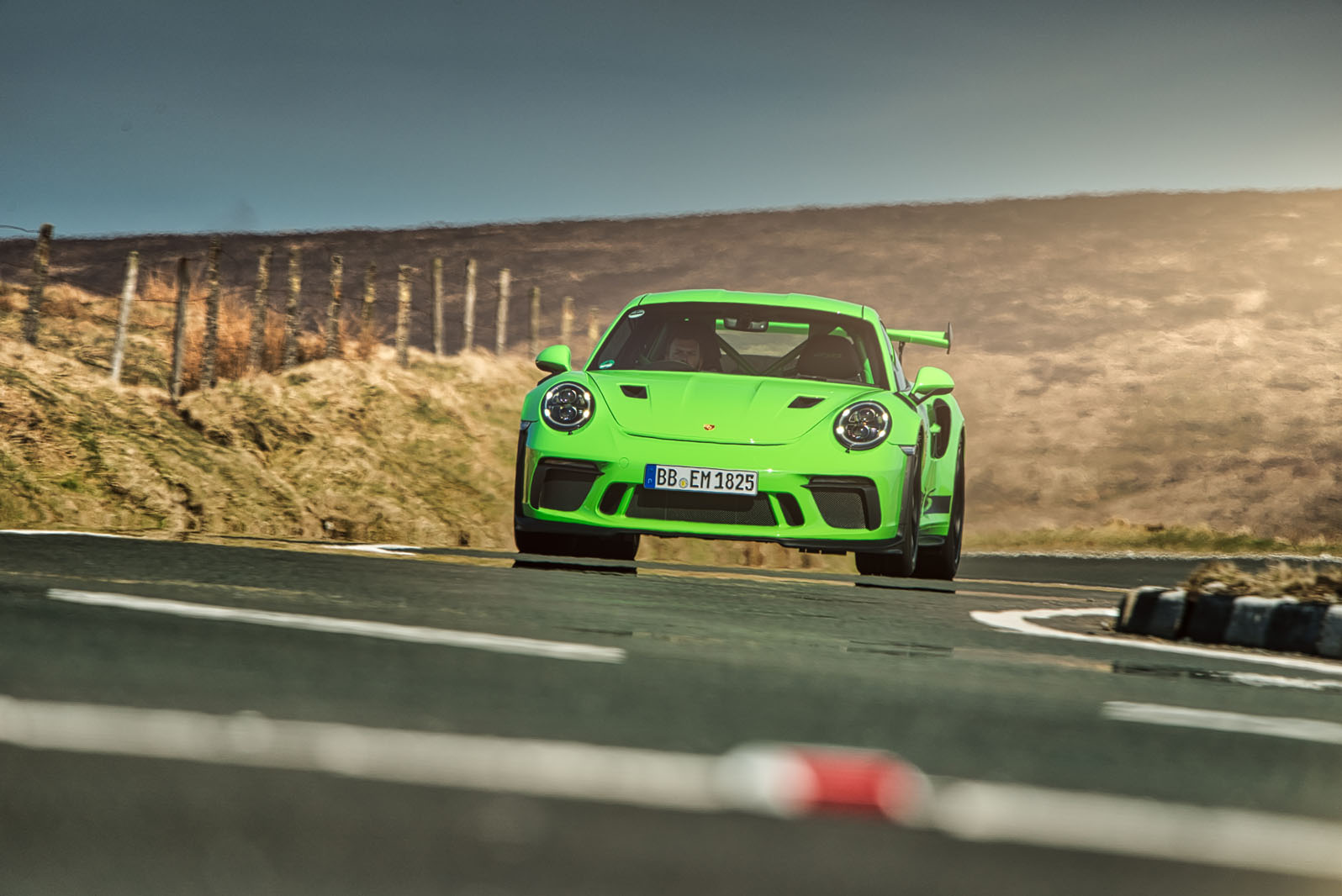 As we bumped and jolted our way back to Ronaldsway airport, it struck me as extraordinary that this car even exists. In both character and capability, it is one of the most extreme road cars ever built, yet it’s not the product of some mad mind in some cottage business but comes ultimately from the largest car company on earth. No standard production car made by any other mainstream manufacturer for anything like this kind of money could get anywhere near it. And you need only remember that it’s quicker around the Nürburgring than the 652kW, purpose-built 918 Spyder hypercar to know it. As a way to experience the Isle of Man TT course and travel probably the best roads on which you can drive, it is hard to see how it could have been bettered. 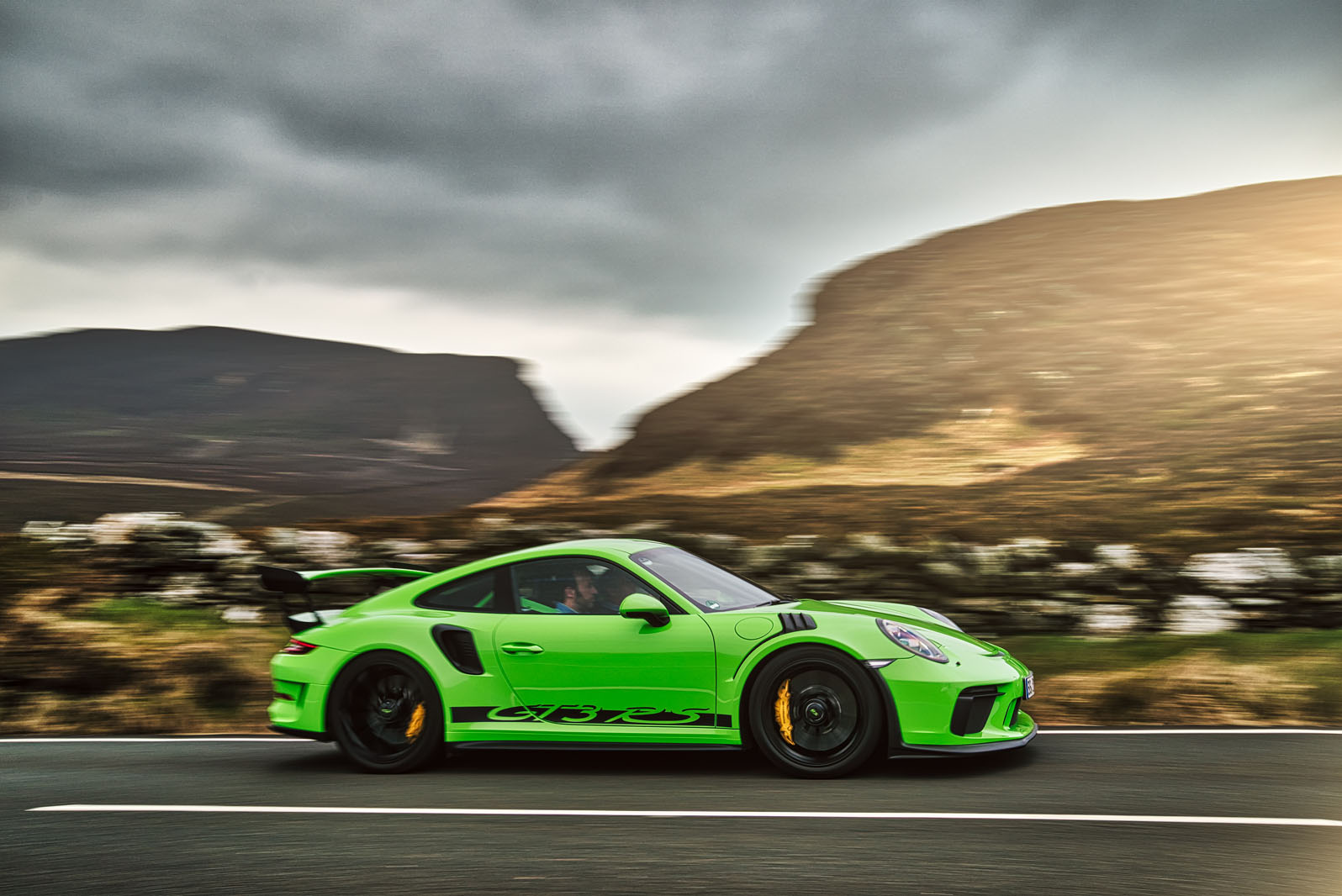