DS and Formula E: how the reigning champs feel about 2021 When DS Automobiles recently committed to the ABB Formula E Championship until at least the end of 2026, the firm described its relationship with the electric single-seater series as “l’histoire d’amour”: the love story. It has certainly been a happy tale so far.

Just a year after being formally spun off from sister brand Citroën, DS joined Formula E for the 2014/15 season, the championship’s second year and the first in which manufacturers were allowed to develop their own powertrains. DS teamed up with Virgin Racing, with Sam Bird taking its first win in the fourth race of the year.

Since then, DS has won at least one race every season – the only manufacturer to do so – and has cleaned up since the Gen2 car was introduced for 2018/19. In that season, DS switched to supplying the Techeetah outfit, which had won the previous season’s drivers’ title with Jean-Éric Vergne. The new DS Techeetah partnership instantly paid off with a teams’ and drivers’ title double, as Vergne became the first driver to win the championship more than once.

DS Techeetah claimed another title double in the disrupted 2019/20 season, although this time it was new signing António Félix da Costa, who moved over from BMW, taking the drivers’ crown. DS will start the new season in Saudi Arabia this weekend as the team to beat and with its Formula E love affair reaching new levels of infatuation. That helps to explain why DS has wed itself to the series for at least five more years, at a time when rivals such as Audi and BMW are in the process of breaking off their relationships and looking elsewhere for motorsport love.

“It’s amazing for the team to know that DS is continuing for the long-term,” says Vergne, who has raced for the Chinese-owned Techeetah squad since its first season in Formula E in 2016/17. “It provides reassuring stability, for the mechanics and everyone in the team, and for sponsors.”

But what does DS see in Formula E that the likes of Audi and BMW don’t? There’s no doubt winning helps: it’s a lot easier for a manufacturer to justify the marketing expenditure of motorsport when they’re collecting a lot of trophies. While manufacturers can use the category to help develop electric powertrains, which should be enhanced by the forthcoming Gen3 rules, of far more importance is the brand-building it offers. For a new brand such as DS, still in the process of establishing itself as a true French rival to the German premium firms, Formula E offers a major profile boost. It helps that DS has been more active than many manufacturers at truly drawing a link between its road and race cars.

“DS has clearly shown we’ve had the best powertrains over the past few years,” says Vergne. “Going back to the PSA Group days, whatever Stellantis Motorsport were doing in the past, they were always winning. The brands aren’t here to simply be in a championship; they’re here to win – and they never use excuses.” 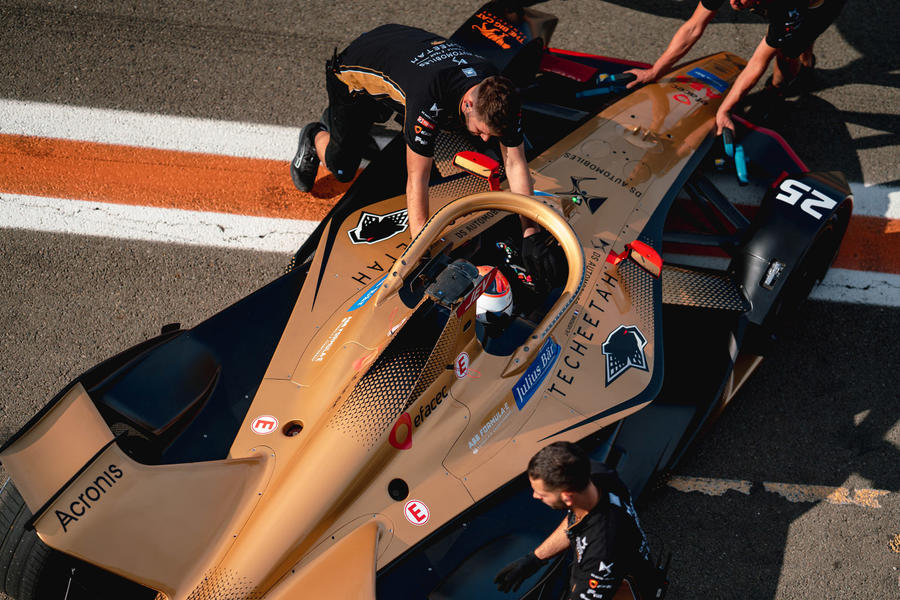 Vergne has been in a prime position to witness how DS has risen to the summit of Formula E: he drove for DS Virgin in the firm’s first season in 2015/16 before joining Techeetah. When the Frenchman won his first title in 2017/18, using a Renault-powered Techeetah, one of his main title rivals was DS Virgin’s Formula E veteran Bird.

“The secret is hard work,” he says. “It’s the key to success in motorsport. It’s the DNA of the team: whenever we win we just go back to the factory and keep working, because we always think the other teams are going to catch us. So we never rest.”

That might not exactly be revelatory insight, but it’s essentially the truth. Formula E still features a spec chassis, and the areas where manufacturers are allowed to supply their own powertrain elements are both limited in scope and strictly controlled: it isn’t a championship where one make is ever going to gain a massive performance edge over the others. Six different teams won races last year, and DS’s title success was built on consistency more than an outright pace advantage.

Given the fanfare surrounding the arrival of firms such as Mercedes-Benz and Porsche in recent years, you would imagine that DS would take particular pleasure from its recent success. “It is rewarding,” says Vergne, “but we don’t dwell too much on the past. We know the others are working to try and beat us, so it’s not like we sit down and just say ‘wow, look how amazing we’ve been’.”

Vergne has another motivation not to dwell too much on the past: while DS celebrated a title double last season, Vergne himself was only third in the drivers’ points, with just a single victory. 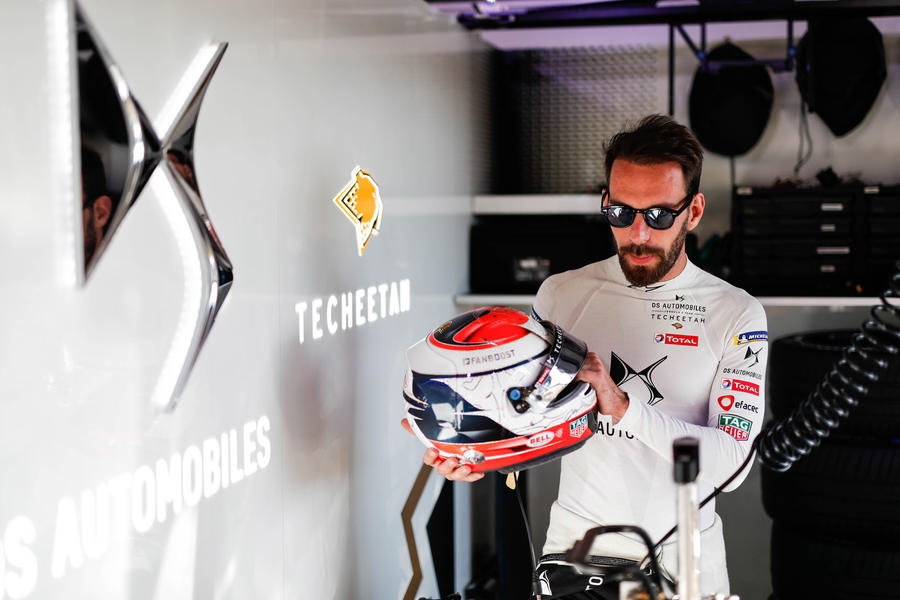 While it was an unusual season, due to you-know-what, the final six races – more than half the season – took place in the space of eight days at Berlin’s disused Tempelhof airport. Félix da Costa hit form and won the first two of those, giving him a useful points cushion that meant he could in later races focus on trying to stay out of trouble in Formula E’s intense pack racing.

Vergne won’t be drawn on his troubles last year but suggests that both he and the team have been working to ensure that the two sides of the garage share engineering data better. Reflecting on his year, he says: “It just shows that when you win the title two years in a row you can only go down.”

So will that provide him with extra motivation? “In the way that I never want it to happen again, so I will try to make sure it never happens again,” he says. “I can’t say I will win, but I will make all the changes I can on my side.”

It also sets up a fascinating intra-team battle between the sport’s two most recent champions – a situation that motorsport history shows often doesn’t end well. Ask Vergne about his relationship with Félix da Costa, and he congratulates the Portuguese driver on the “fantastic job” he did last year. “It’s fantastic to have the best driver from last year as a team-mate: it only pushes me harder. It’s good for the team to have this competitive spirit. He will try to defend his title; I will try to take it away from him.

“The [Covid-19] situation last year made us realise that there are greater things in life, and we could feel very fortunate that we were able to race. May the best driver win. It’s not going to change my friendship with him: as long as we stay respectful with each other on the track, that’s all I ask from a team-mate.”

It might not sound like a love story between the two team-mates, but as long as the pair continue to coexist, it should enable DS Techeetah to keep its focus on ensuring DS’s Formula E love story continues. Not that Vergne expects the firm’s continued commitment to give it an edge over those manufacturers who have announced they will break up with the series at the end of this year.

“While it’s amazing for the team to know that DS is in it for the long-term, the other firms will be pushing to beat us,” he says. “Even if DS were leaving Formula E, it would still do everything to try to win. It’s going to be extremely tight again this year.” 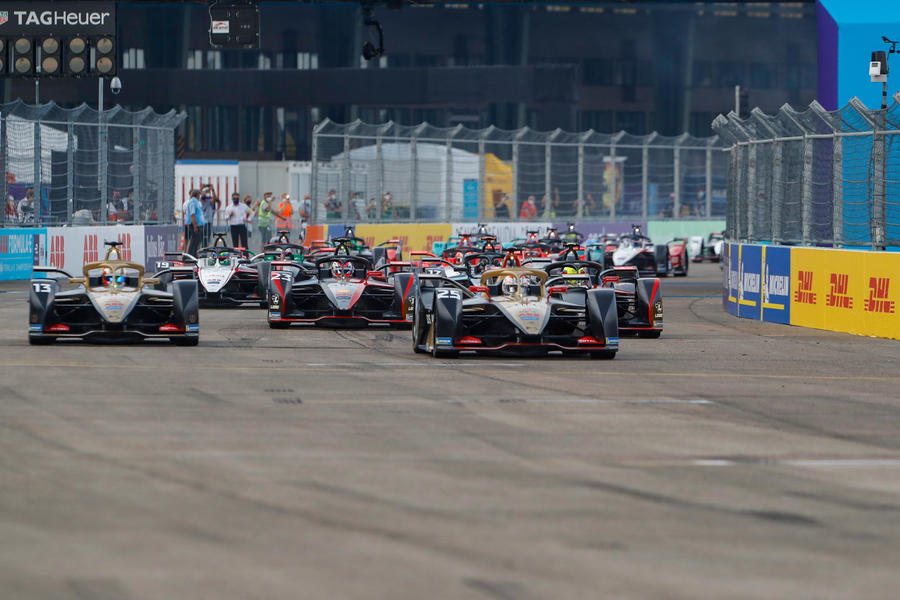 Who will be strong this year?

While DS Techeetah starts the season as the team to beat, with its pair of champions, expect the competition to be even closer this year.

Stoffel Vandoorne finished runner-up in the points in Mercedes-Benz’s first full works campaign and, with experience, the German firm should fight at the front more consistently. The ever-present Nissan e.Dams squad, with its former champion Sébastien Buemi, will also likely figure strongly.

There have been a number of driver moves, with Sam Bird moving from Virgin to Jaguar, Pascal Wehrlein bagging a seat at Audi and Jake Dennis joining BMW. But those last two are already hunting new seats for the 2021/22 season, because both Audi and BMW will quit at the end of this year.

From racetrack to road 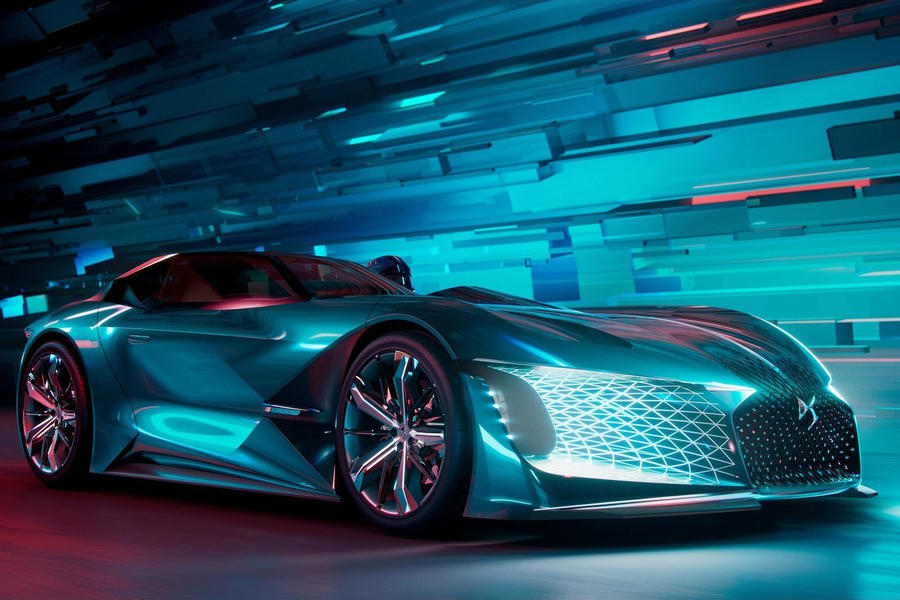 Every manufacturer that has entered Formula E has played up the links between its race cars and electric road cars, but DS has taken that a step further with two concepts using Formula E tech.

In 2018, the firm produced the X E-Tense, an unusual, asymmetrical three-seat concept car designed to offer both open-top thrills and spacious passenger comfort. It’s underpinned by a 1000kW twin-motor powertrain from the Formula E car, with the concept using much of the single-seater’s running gear, too.

It makes for a visceral driving experience on public roads, although when Automotive Daily’s exclusive partner Autocar tried it, tackling speed bumps and narrow French town roads did prove a little troublesome. Last year, DS followed that up with the 500kW Aero Sport Lounge concept, which again featured a Formula E-derived powertrain. The aero-optimised styling has a more of a real-world lean than the X E-Tense, and a production EV modelled on it is expected in the future – although likely without the Formula E motors.