The 110kW electric racer will act as a test bed for future electric road bikes.

Italian motorbike firm Ducati has revealed the key technical details of its first electric motorbike, which will be used in the all-electric MotoE World Cup from next season onwards.

Ducati, which is owned by the Volkswagen Group’s supercar brand Lamborghini, has secured a deal to take over from Energica as the maker of the spec machine that will be used in the championship, which launched in 2019 as an electric support series to MotoGP.

Codenamed V21L, the prototype version of the new electric racing bike was first seen in testing last December, although Ducati has only now revealed the key tech specs, with claims that it features technical solutions “never adopted before” in terms of the battery pack, motor and inverter technology. 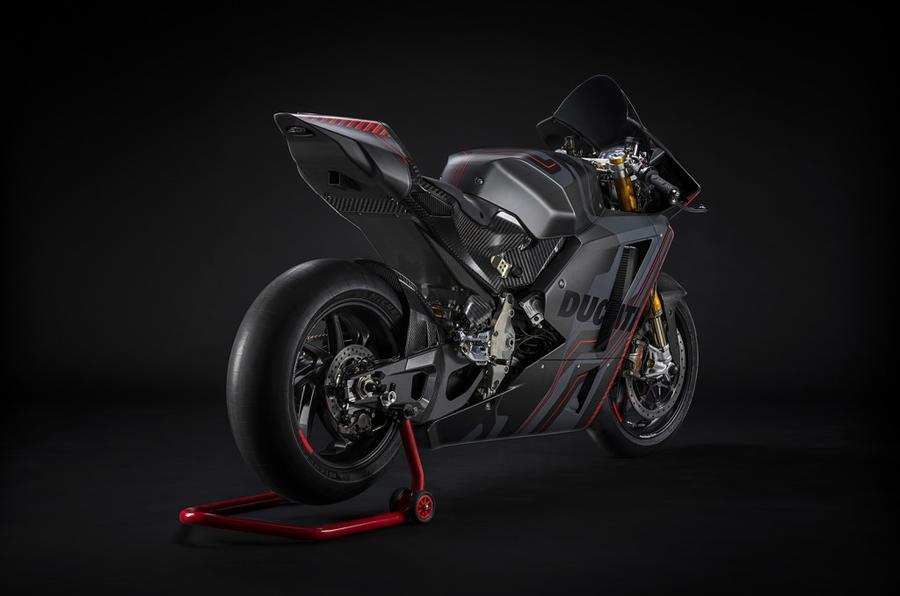 While the V21L project is intended purely to develop a racing bike, Ducati says that it “has strategic relevance” in allowing it to “develop expertise for the future” that could eventually be transferred to road-going electric bikes.

Ducati boss Claudio Domenicali said: “The world is going through a complex period and environmental sustainability is an element that all individuals and all companies must consider a priority if we want to preserve the delicate balance of the planet.”

While the V21L project is intended purely to develop a competition bike for Motor, Ducati says that it “has strategic relevance”, with Domenicali describing it as “a laboratory in which to build our future.”

Weight has been a key focus in the development of the V21L, with the machine currently weighing less than than 225kg – which is 12kg less than the minimum requirements for the MotoE category. The powertrain offers 110kW and 140Nm of torque, which gives the machine a top speed of 270km/h. The motor, which weighs 21kg and can rotate at speeds of up to 18,000rpm, and has been developed by a partner firm to a specification set by Ducati.

The 18kWh battery features 1152 cylindrical cells, and is houses in a pack that weighs 110kg. There is a 20kW charging socket built into the bike’s tail. The inverter on the bike weighs 5kg, and is developed from a unit feature in an electric racing car.

The machine also features an advanced liquid cooling system, which uses a double circuit to regulate the different temperature needs of the battery pack and the motor/inverter. Ducati says that it also means the battery can be charged without needing to be cooled first, with an 80% charge taking around 45 minutes.

The carbon fibre shell of the battery pack also serves as a stressed part of the chassis, and there’s an aluminium front frame that weighs 3.7kg. The rear features an aluminium swingarm, while the rear subframe – which has the trail and rider seat built in – is made from carbon fibre.

There’s Ohlins suspension front and rear, with the rear system developed from the Superleggera V4 bike. There is a 338.5mm Brembo double steel disc brake on the front wheel, which a 220mm single Brembo disc brake at the rear. Teams will be able to option a rear brake control on the left handlebar, which riders can use as an alternative to the pedal brake.

The development of the bike has been aided by the Ducati Corse test team, with much effort going into creating a response from the throttle and electronic controls that is indistinguishable from existing Ducati racing bikes.

Vincenzo De Silvio, Ducati’s R&D boss, said: “The most important challenges in this field remain those related to the size, weight, autonomy of the batteries and the availability of the charging networks.”

He added that developing expertise within Ducati to address those issues “is already essential today to be ready when the time comes to put the first street electric Ducati into production.”

Ducati added that the “next objective” for the firm is to “study how to create, as soon as the technology will allow, a Ducati electric vehicle that is sporty, light, exciting and able to satisfy all enthusiasts.”