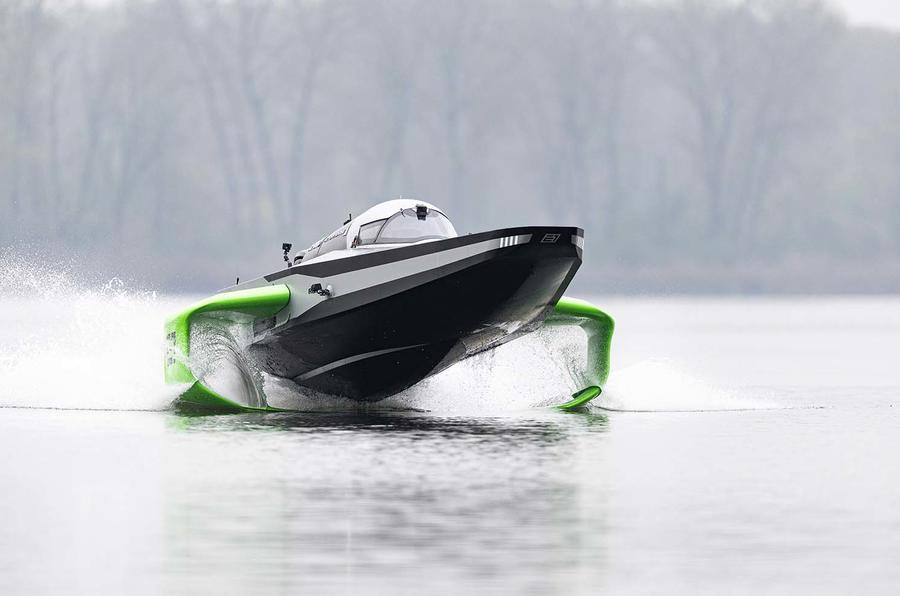 The Racebird has been developed for the upcoming E1 world championship.

The world’s first electric foiling raceboat has completed its first ever test tun in northern Italy.

The Racebird, which is the brainchild of Norwegian designer Sophi Horne, is a 150kW electric foiling boat which has been developed for the upcoming E1 world championship.

Taking to the River Po in San Nazzaro, northern Italy, a prototype version of the Racebird completed a series of technical tests and systems checks with ex-powerboat world champion Luca Ferrari behind the wheel. Racebird engineers were also able to assess and analyse the overall performance of the electric boat, and learn more about its reliability on the water.

The Racebird testing schedule will continue for several weeks, with the new vessel taking part in straight-line test, qualifying runs and race simulations.

Engineers will focus the testing on set-up and performance analysis and gathering data on the foiling and handling characteristics in different racing conditions.

Powered by a 150kW battery and Mercury racing outboard motor, the boat rises quickly onto its foils thanks to its instant torque and acceleration.

The E1 race series, which was co-founded by Extreme E creator Alejandro Agag, will see up to 12 teams and 24 pilots competing on the water in spectacular global race locations.

“Putting the Racebird on the water for the first time is a pivotal moment for the E1 world championship.,” said E1 chairman, Agag.

“Seeing it fly proves to me that we can use this exciting, new sporting platform to drive technological innovation in the marine industry and create something spectacular for fans in the cities we visit.”

The debut season of the E1 world championship is scheduled to get underway in the Spring of next year.