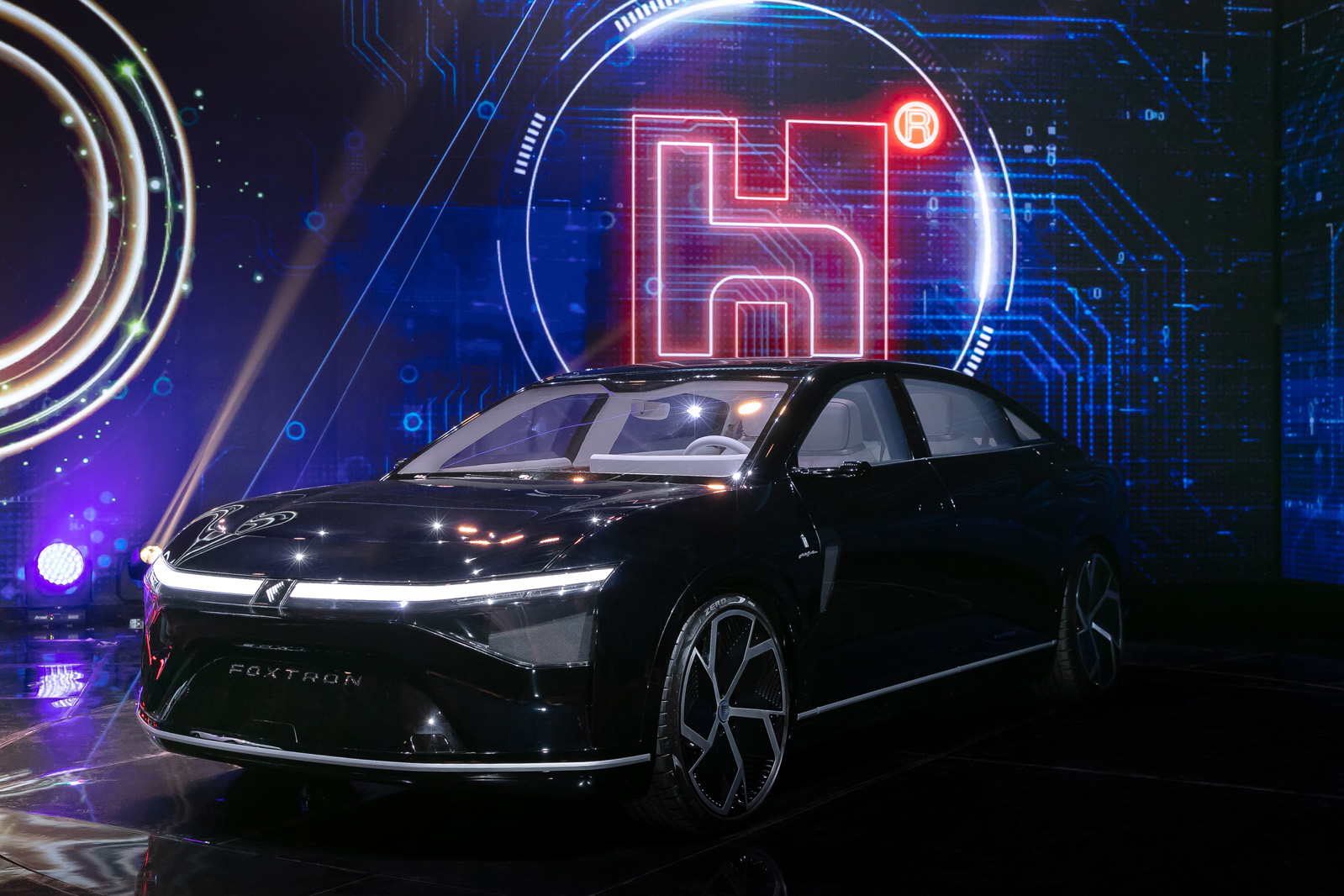 Foxconn, known for contract-manufacturing devices such as the Apple iPhone, revealed the ‘Model C’ SUV and the ‘Model E’, alongside the ‘Model T’ bus in a livestream event on Monday. The two cars are based on a newly introduced ‘Hon Hai’ EV platform.

The Model C, described as an “intrinsically optimised electric SUV with a pure electric nature,” is 4640mm long with a wheelbase of 2860mm, with space for seven occupants. It is hoped the model will allow for easy urban navigation while prioritising interior storage space.

The Model C is powered by a 100kW electric motor mated to a 58kWh battery pack, and is said to accelerate from 0-100km/h in 3.8 seconds and offer a total range of 600 kilometres.

The Model E, designed by Pininfarina, is aimed towards the luxury car market, with a rear seat design that is capable of being used as a “mobile office” and advanced technology including face recognition and ‘smart’ windows. The Model E is powered by a 96kWh battery pack with a range of 718 kilometres, which fuels two electric motors – a 150kW unit mounted at the front and a 400kW motor at the rear. Total power is said to stand at around 560kW, giving a 0-100km/h sprint time of just 2.8secs.

Foxconn also announced the Model T, an electric bus with 400 kilometres of range and a maximum speed of 120km/h.

The firm hopes that its electric car business will be worth one trillion Taiwanese dollars (AUD$46 billion) in five years. The Model C will launch under one of Taiwanese car firm Yulon’s brands in Taiwan in 2023, while the Model E could be sold under a different, existing brand in the coming years.