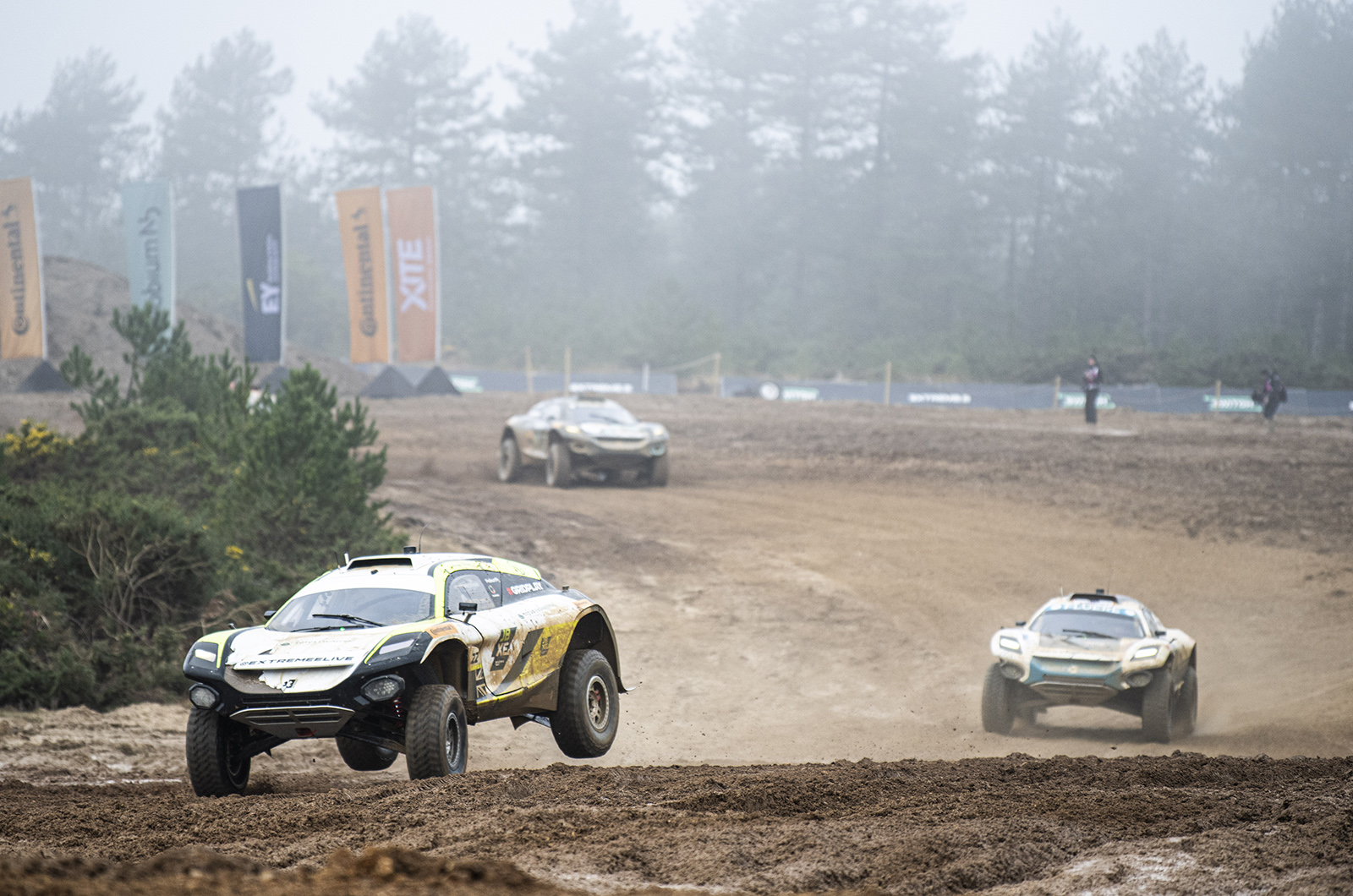 The new Extreme E Championship is considering adding more events in heavily populated regions such as the UK and Europe in the future, following the success of stand-in events in Sardinia and Italy this season.

The series for electric off-roaders was originally designed to race in a series of isolated locations around the world that had been impacted by climate change, including Saudi Arabia, Senegal and Greenland. But the ongoing coronavirus pandemic led to the cancellation of events in Nepal, Brazil and Argentina.

Organisers replaced them with the Island X-Prix in Sardinia and the Jurassic X-Prix at the Bovington Army training area in Dorset, and used the events to highlight the impact of climate change on developed countries. While Extreme E events are not open to spectators – in part to minimise their climate impact – they also made it easier to stage more promotional events to showcase the category. “We did these two European events because of the Covid situation globally, but one of the things it has shown to us is that there is a huge appetite to have these events closer [to major population areas],” said Russell. “Moving forward, I think we’ll have a mixture between incredibly extreme locations, like the Himalayas, Greenland and the Amazon, and locations that are that are that are closer to peoples’ backyards.

“We’ve talked a lot about challenges for the environment such as ‘the lungs of the earth’ and protecting the Amazon. But there are challenges on our doorstep: the Mediterranean wildfire problem this year was worse than ever, for example. Why is that happening? Russell said that he was also encouraged by interest from car manufacturers in the championship. While the series uses a spec buggy, firms are able to fit their own bodywork for marketing purposes. Cupra and Hummer backed teams this year, with Cupra recently committed to returning in 2023. McLaren will also enter the series next year.

Asked about interest from other manufacturers, Russell said that “we have a variety of ongoing discussions, which are incredibly healthy.”

He added: “We didn’t expect manufacturers in year one, but the concept has captured a lot of imaginations. OEMs are so important to building and developing a championship and developing future technology that can go into road cars. “We talk about being a championship of change and impact, and manufacturers can have a massive impact. Improving the autonomy and performance of the electric vehicle leads to better solutions. In terms of the general population moving to EVs, those barriers have been broken down at a speed of knots, and that’s partly because of racing: it really helps drive research and development.”

Rosberg Xtreme Racing duo Johan Kristofferson and Molly Taylor secured the maiden Extreme E title in Dorset, despite only finishing fourth in the event final. That meant they claimed the title on a tiebreak after finishing level on points with X44’s Sebastien Loeb and Cristina Gutierrez, who claimed the win.