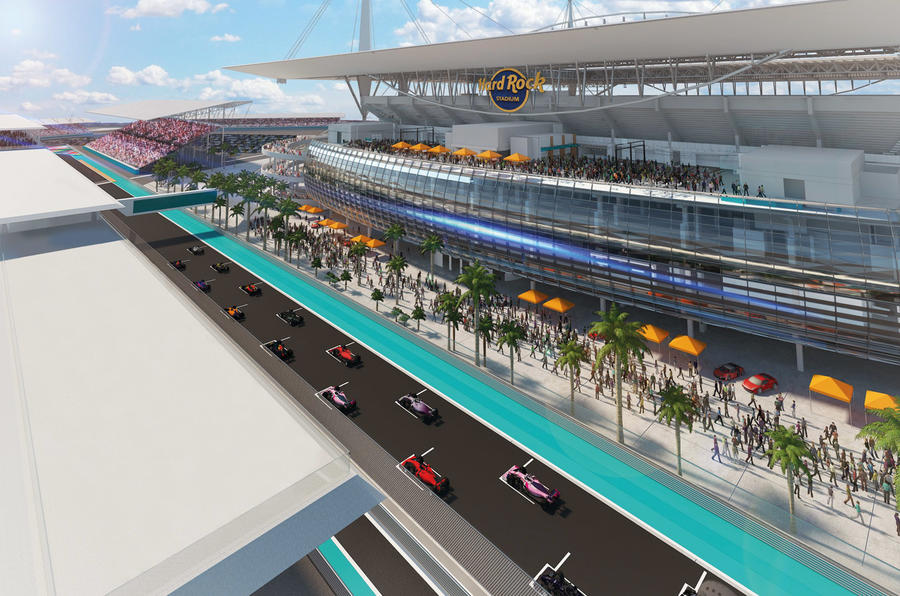 Formula 1 bosses have revealed the calendar for the 2022 season, which is set to feature a record 23 races, including the first Miami Grand Prix.

If every event is able to take place, the 2022 season will be the biggest in the history of the sport, eclipsing the 21 races held in 2016, 2018 and 2019. It will also herald a major new rules package aimed at improving the racing.

F1 bosses had planned 23 race seasons in both 2020 and this year but were forced to change plans, due to Covid-19.

The pandemic has impacted next year’s calendar, though, with the Chinese Grand Prix scrapped from the calendar due to China’s ongoing pandemic-related travel restrictions. It has been replaced by the Emilia Romagna Grand Prix at Imola in Italy on 24 April.

The only new race on the 2022 calendar is the Miami Grand Prix, which had already been confirmed to take place on 8 May on a temporary street circuit close to Hard Rock Stadium, the home of the Miami Dolphins NFL team.

The Florida city is a second American race alongside the US Grand Prix in Austin, Texas on 23 October. It will be the first time the US has held multiple races since Detroit and Dallas both featured on the 1984 schedule.

The 2022 season is due to begin in Bahrain on 20 March, with the Saudi Arabia Grand Prix shifting from the end of the year to the second race on 27 March. The Australian Grand Prix – which hasn’t been held since 2019 due to the pandemic – is then scheduled to run on 10 April.

The shift of the Saudi Arabian race is in part so that the Abu Dhabi season finale can be brought forward from mid-December until 20 November to allow the F1 season to finish before the football World Cup in Qatar begins.

The British Grand Prix at Silverstone is set to take place on 3 July.

23 October US (Circuit of the Americas)