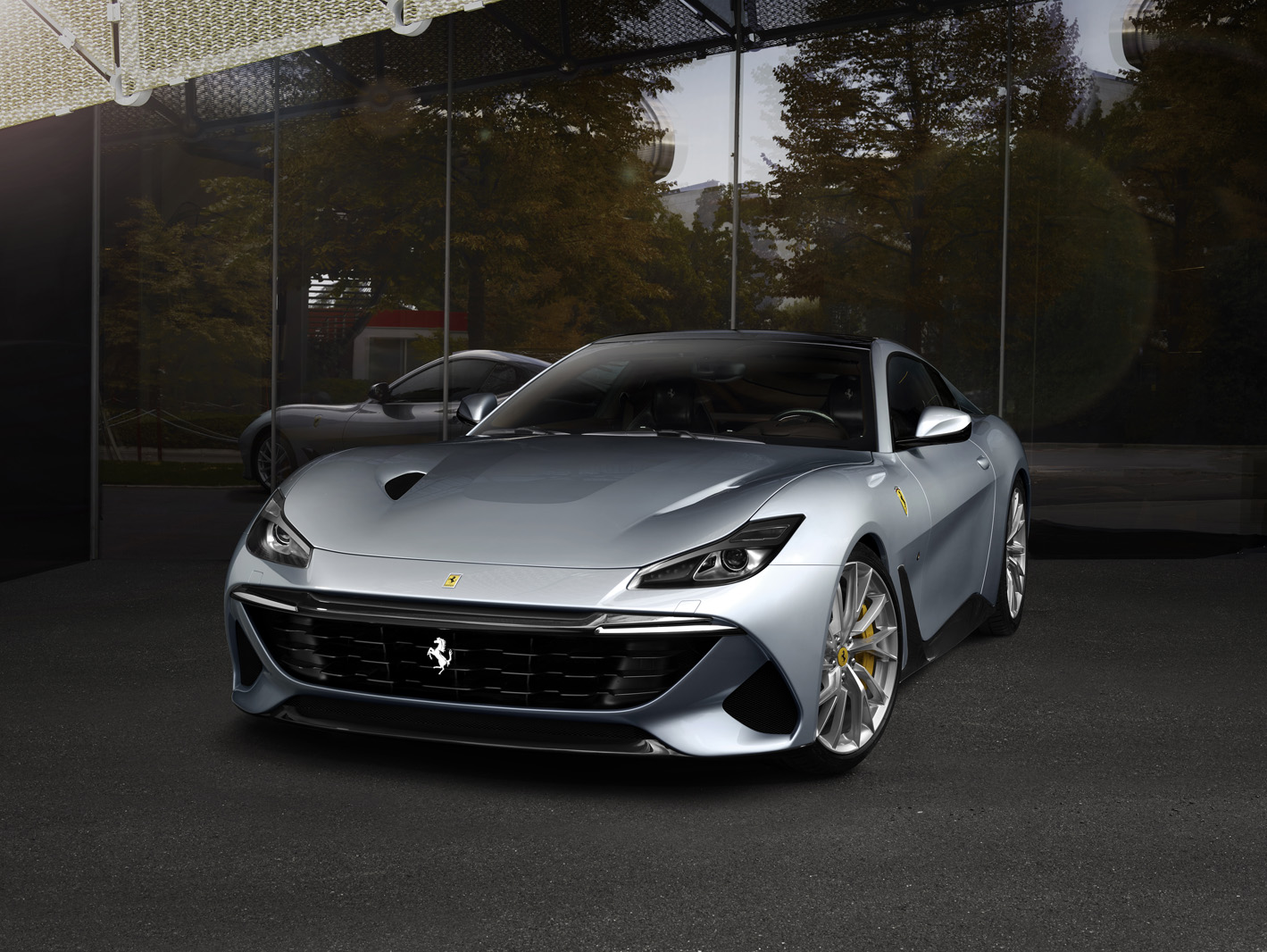 The new Ferrari BR20 is a V12-powered two-seat coupé based on the GTC4 Lusso that is the latest addition to the firm’s ultra-exclusive One-Off series.

The styling takes inspiration from 1950s and 1960s Ferrari coupés, with cues that nod to the 410 Superamerica and 500 Superfast.

It was designed as the newest coachbuilt one-off project for one of the Italian firm’s “longstanding clients”.

The BR20 has been built on the platform of the GTC4 Lusso grand tourer that recently went out of production but has been extensively reworked. Most notably, it’s longer than the original to allow for the addition of a bold rear overhang, including an aerodynamic air channel, rear spoiler and exhausts built into the lower diffuser.

At the front, it features a reworked, widened front grille including unique horizontal slats and an upper carbonfibre element that links to other recent One-Off models. The headlights have also been modified with slimmer daytime running lights and the 20-inch diamond-finish wheels are unique.

The two rear seats from the GTC4 Lusso have been removed to turn the car into a two-seater, which also allows it to sport a sleeker, fastback-style roof. The removal of the seats also allows for a major redesign of the interior, which features extensive use of leather trim and carbonfibre. The seats feature an exclusive stitching pattern, while oak trim covers the rear bench and luggage deck.

No performance details have been disclosed, but the car retains the 6.2-litre V12 and four-wheel-drive system of the GTC4 Lusso. In that model, the engine was tuned for 507kW. As with other luxury manufacturers, one-off and limited-run coachbuild projects are an increasingly lucrative revenue stream for Ferrari. Maranello once reported that it had a five-year waiting list for such projects.

Ferrari said the BR20 client was “deeply involved” in the creation of the car, although it has revealed no details of their identity. It also hasn’t given a value for the car.