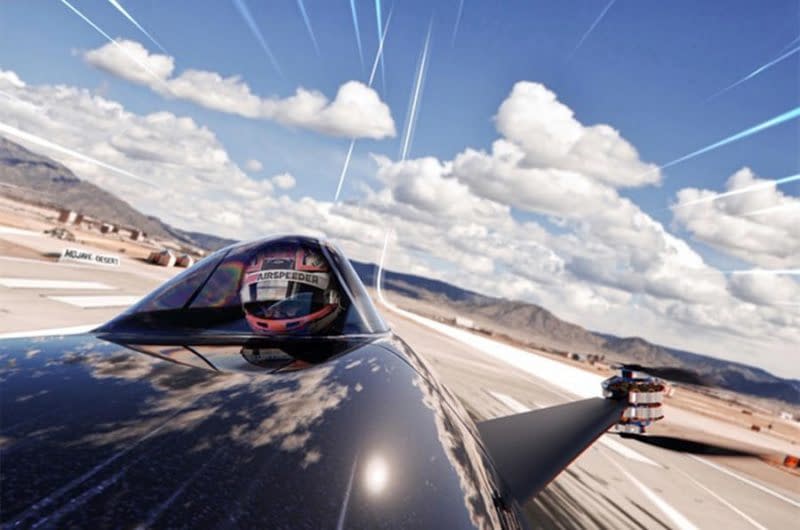 A race series of electric flying cars has taken a “significant step” towards materialising after sourcing a seven-figure investment in an initial funding round.

The Airspeeder series, founded by electric flying car company Alauda, is being created to “accelerate the development of electric flying cars” by pitting them against each other in the “close and intense sporting competition traditional motor sport fans crave”.

The investment will help propel Alauda to its first head-to-head grand prix races. This process will begin with manned test-flights of its electric cars once coronavirus restrictions allow. Remote-controlled versions of the cars were tested in 2019.

Alauda claims the Airspeeders, which will be tested at its recently established facility in Adelaide, are powered by the “latest electric powertrains”. These comprise interchangeable 500kWh battery packs and four 24kW motors that can propel the cars to a top speed of 200km/h. The vehicles are said to weigh 250kg, giving them a more potent power-to-weight ratio than a Formula 1 car.

Andrea Gardiner, Jelix Ventures co-founder said: “Airspeeder’s founder, Matt Pearson, has an inspired vision of the future of ‘clean-air’ mobility. We are impressed with the early success of his route to early commercialisation through the creation of a flying car racing league. There is a clear global market for Airspeeder and Alauda, and the founder has an outstanding track record as a successful entrepreneur”.

Alauda is one of several companies that are working on flying electric cars. Earlier this year, Hyundai and Uber revealed an electric flying taxi concept at CES in Las Vegas that’s designed to reduce road congestion, while Porsche and Boeing are developing a similar concept.

The flying car sector is predicted to be worth $2 trillion by 2035.