Ford has unveiled a 1043kW one-off version of the forthcoming Mustang Mach-E electric crossover, featuring seven motors and an “ultra-high performance” battery, to showcase the performance potential of EV powertrains.

The Mustang Mach-E 1400 Prototype has been developed by Ford Performance and RTR Vehicles, the tuning firm established by drifting star Vaughn Gittin Jr. Ford claims more than 10,000 hours of development have gone into the machine, which is conceived for use on “the track, drag strip or gymkhana course”. Ford Performance motorsport boss Mark Rushbrook said the Mustang Mach-E 1400 is “a showcase of the art of the possible with an electric vehicle”.

While the top-spec Mustang Mach-E road car will use two motors, the Mach-E 1400 features seven, with three attached to the front differential and four attached ‘pancake style’ to the rear. A single driveshaft connects the motors to the differentials, with the set-up designed to give the powertrain greater adjustability for various uses. 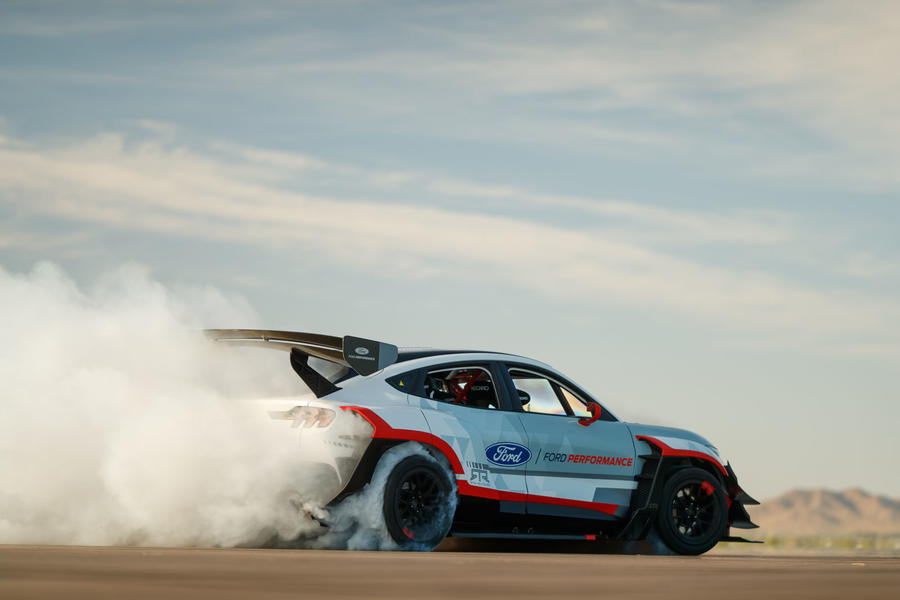 The chassis is built from a body-in-white Mustang Mach-E GT designed to accommodate different layouts, enabling the machine to be offered with front-, rear- or all-wheel drive. All the power can be delivered to either axle, or split evenly between both. An electric brake booster allows the Mustang Mach-E 1400 to capture energy under braking, combined with ABS and stability control.

Power is drawn from a 56.8kWh battery using nickel manganese cobalt pouch cells, which Ford claims offers ultra-high performance and high discharge rates. That system is designed to be cooled by a dielectric current during charging, decreasing the time between runs.

The body of the Mustang Mach-E 1400 is described as a “test bed for new materials”, and includes a bonnet made from lightweight organic composite fibres. The rest of the vehicle makes extensive use of carbonfibre. The car’s design has been tweaked to offer high levels of downforce, with Ford claiming it can deliver more than 1,000kg at speeds of 260km/h. 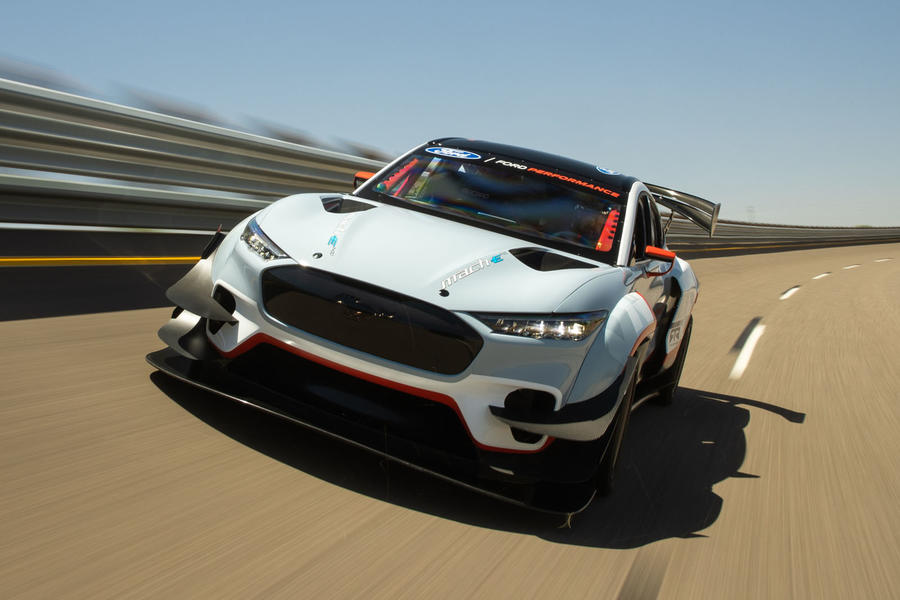 The machine features both drift and track set-ups, which have separate front-end configurations including control arms and steering changes. The hydraulic handbrake has been optimised for drifting with the ability to shut off power to the rear motors when applied.