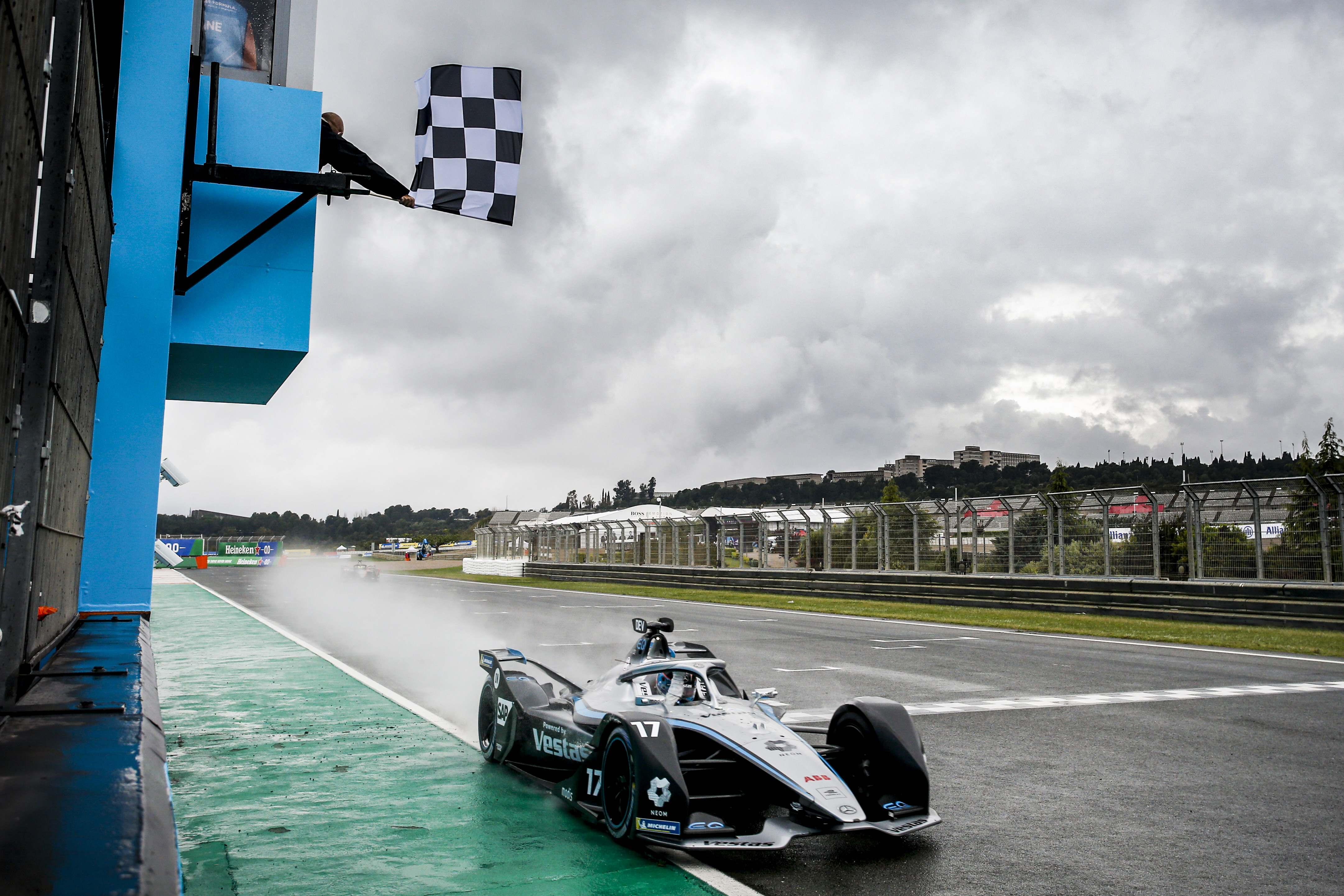 Formula E has built a reputation for frantic finishes, but race one in Valencia was extraordinary even by the electric race series’ standards.

Because it was a wet race and the safety car was deployed five times, it played hell with all the teams’ energy calculations, meaning that as then leader António Félix da Costa started the last lap, seven of the top 10 began that last tour with 1% or less of their battery left.

Cars stopped out on track, others slowed dramatically trying to eke out the last remaining electrons to make it to the chequered flag, while drivers and teams were caught out by the round running a lap longer than had been expected.

The only shame was there were no spectators there to see it live. It would have made great grandstand viewing.

Mercedes EQ driver Nyck de Vries emerged from the chaos as the winner, with Nico Müller and Stoffel Vandoorne rounding out the podium. On the penultimate lap, Müller had been lying ninth and Vandoorne was 15th. On Sunday, Brits occupied the top four qualifying slots, with Jake Dennis winning the second race in an impressive lights-to-flag victory for the rookie in the BMW i Andretti Motorsport car.

It was all the more majestic as Formula E was, unusually, racing on a permanent circuit. With a wider track, slip-streaming tactics should have meant Dennis would struggle to keep the pack behind him. In theory, everyone would sit in Dennis’s wake for the entire race, conserving electricity, then pounce at the last minute when he was vulnerable with minimal energy left. But it never came to pass, partly because of masterful energy management from Dennis and his BMW team, partly because Norman Nato took out Mahindra’s Alex Lynn, Dennis’s main stalking horse, giving Dennis vital breathing space to the chasing pack.

This race was also not without controversy, as reigning champion Félix da Costa was handed a bizarre penalty for apparently accidentally triggering his Attack Mode on multiple occasions. The penalty dropped him to 22nd, meaning he’s now 33 points behind overall championship leader de Vries.

Formula E next heads to Monaco for a single-header on 8 May, in a season that shows no signs of calming down.