Lotus takes centre stage, while BMW and Toyota will both send their latest sports cars up the hill climb course.

The Goodwood Festival of Speed has returned to the grounds of the Goodwood estate for 2021 following an entirely online show in 2020 to the Covid-19 pandemic. This year’s event is ticketed for attendees, and like the British Grand Prix later in July is part of the UK Government’s live event pilot scheme.

The theme for this year’s Festival of Speed will be “The Maestros – Motorsport’s Great All-Rounders,” and Lotus was recently confirmed as the event’s key manufacturer.

Goodwood’s organisers have commissioned a new Central Feature sculpture for the brand, and Lotus will display its most iconic road and race cars at the festival, with everything from the 1965 Lotus Type 25 racer to the new Evija hypercar making an appearance.

Lotus has a rich history at Goodwood. The Type 25 racer has held the circuit’s period lap record since 1965, after Jim Clark posted a time of 1:20.4 minutes on his way to win the last ever Formula 1 race at the track. Jackie Stewart posted an identical time in another Type 25 at the same event.

The Duke of Richmond, owner of the Goodwood estate, said: “We are delighted that Lotus will star as the Central Feature at this year’s Festival of Speed presented by Mastercard.

“Lotus cars raced with great success at Goodwood throughout the 1950s and ‘60s, including setting the ultimate lap record in 1965, and this year’s Central Feature will serve as a fitting landmark to their past, present and future achievements.

“The sculpture looks set to be one of the most dramatic and futuristic yet, bringing in elements of interactivity for modern audiences that align with Lotus’ future-facing attitude and outlook.”

Elsewhere, the Hillclimb event and Sunday Shootout will run as normal, as will the Michelin Supercar Paddock, allowing festival-goers to see exotic metal up close. There’ll also be a concours d’elegance event on the lawn outside Goodwood House, which displays some of the rarest (and most perfectly polished) cars in the world.

The Festival of Speed Future Lab will also return for 2021, after its first appearance at the event in 2019. The attraction is designed to give the public a glimpse into the future of transport, revealing new autonomous driving technology, flying cars, virtual reality and deep-sea submersibles.

Formula 1 fans will even be able to meet their heroes up close, at the F1 Pit Lane. The marquee will feature a line-up of some of the greatest F1 racers from the sports history, while current drivers such as Lewis Hamilton, Daniel Ricciardo and former three-time world champion Jackie Stewart will all make appearances.

Goodwood Festival of Speed 2021: manufacturers A to Z

The world’s biggest car brands will be strutting their stuff at Goodwood with the usual varied selection of historic racing cars, classic models from the past and brand new products – some of which have not been seen in public before. Here’s a rundown of what they’re all up to… 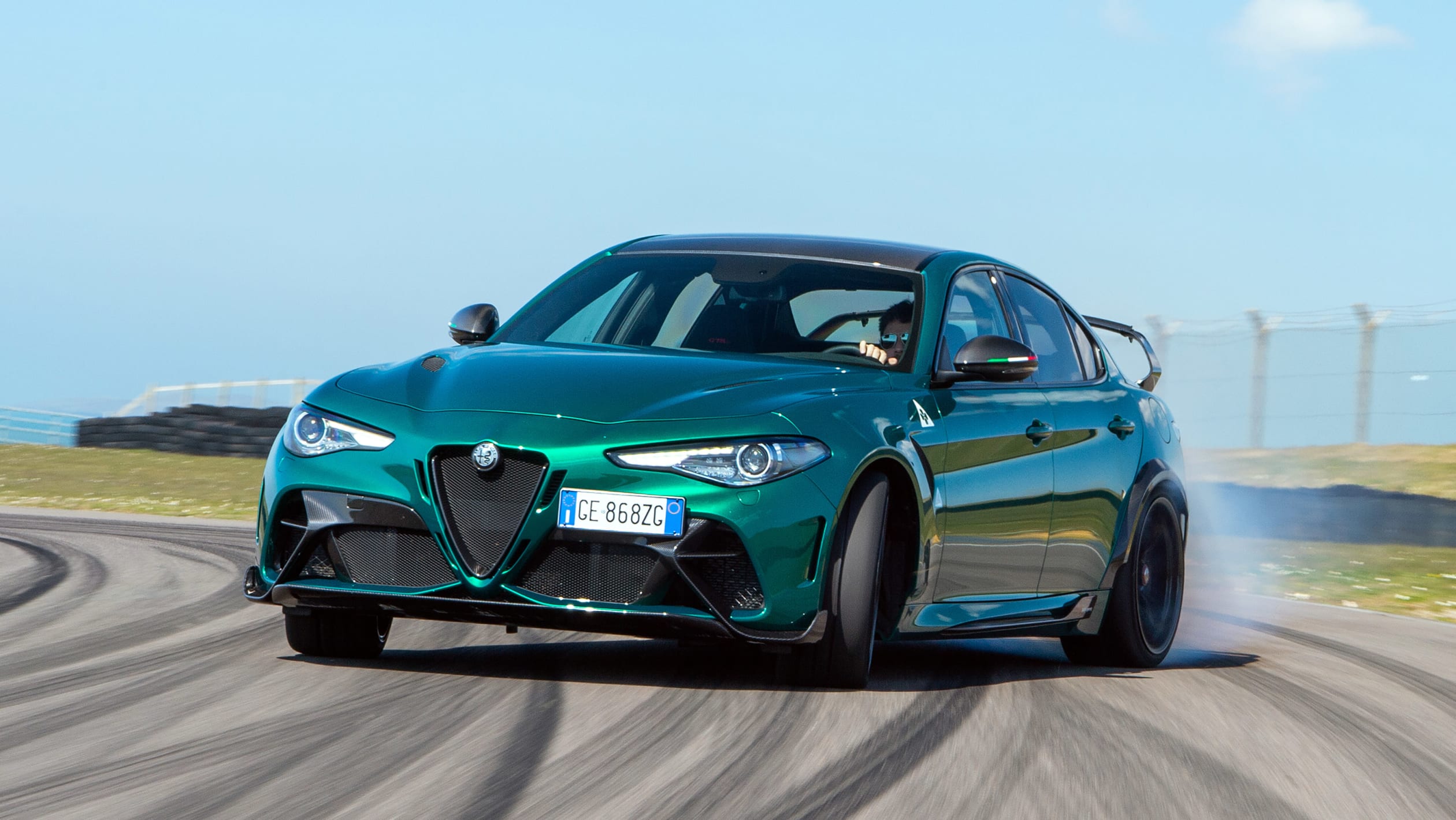 Alfa Romeo celebrated its 110th anniversary last year – and the occasion was marked by the launch of the Giulia GTA and GTAm. Both cars are powered by a 397kW 2.9-litre V6 and will make their official debuts with a charge up the Goodwood hill climb course. Read our review of the car here.

BMW is planning a whole weekend of action. The all-new 2 Series Coupe will make its world debut at the festival, with a no-holds barred run up the hill climb course. The 467kW BMW M5 CS will closely follow, while the pure-electric i4 and iX will be on display up on the Electric Boulevard in the Stable Yard.

Ferrari has chosen Goodwood to show off its latest SF90 Spider hypercar and where better to debut the 735kW hybrid V8 droptop than a run up the famous hill? If that’s not enough to draw you to the famous Italian car-maker’s stand, the new Roma, F8 Tributo, 812 GTS and recently-launched Portfino M will be all in attendance.

Newcomer Genesis makes it brand’s debut this year at Goodwood and to ensure it makes a decent first impression it has brought along its stylish G70 Shooting Brake that’s rakish styling makes a convincing case that estates are once again cool. The all-new Hyundai Ioniq 5 makes its dynamic debut at Goodwood this year. The second-gen EV has already made quite the impression on us, we’ve described it as quite simply one of the best electric cars on sale right now. Will it win show-goers over with its distinctive looks, great tech and relaxing drive?

With deliveries still months away, this year’s Festival of Speed will give punters their first glimpse of the striking Kia EV6. Set to shatter any preconceptions of the Korean brand, the EV6 blends sporty styling with incredible performance if you opt for the 430kW dual motor version that launches it from 0-100kph in just 3.5 seconds. The new Lotus Emira will make its dynamic debut at Goodwood this year. When it goes on sale, it’ll replace the Elise, Exige and Evora as the brand’s only combustion-engined sports car. It’ll also be the last of its kind, as all of the company’s future planned vehicles will feature pure-electric powertrains.

Maserati has also confirmed the 325kph MC20 sports car will make its dynamic debut at Goodwood. The 464kW machine will be driven by Maserati’s very own test driver, Andrea Bertolini, who made his name in GT racing. The new Ghibli Trofeo will also be on display in the festival’s First Glance Paddock.

Star of the MINI’s Goodwood offering this year will be the dynamic debut of its Electric Pacesetter that was created as a safety car for Formula E. Featuring a wild look inherited from the latest John Cooper Works GP, the extreme battery-powered hatch concept is tipped to preview a real JCW based on MINI Electric that will be lighter and get more power. Pay close attention to the Polestar Precept that will make a star appearance at the 2021 Festival of Speed this year because its swoopy styling will directly inspire the third standalone Polestar 3 that will be unveiled later this year. Said to blend an SUV with a long luxury, saloon with a fastback rear, like the stunning concept the production car will look like nothing else.

Rolls-Royce is in the mood to celebrate at this year’s Goodwood, that explains why it plans to unveil the Landspeed special editions based on its drop-top Dawn and Wraith coupe. Both commemorate a 1937 speed record set by Captain George Eyston, who clocked 502kph in a vehicle powered by not one, but two Rolls-Royce V12 aircraft engines.

US race team-cum-supercar-maker, Scuderia Cameron Glickenhaus, is set to stun at Goodwood this year when it launches its 004S – a wild track-bred supercar that features a central driving position, up to 634kW and good old fashion six-speed manual. Created for purists, SCG will also offer a CS version that’s claimed to be nothing short of a road-legal racer. 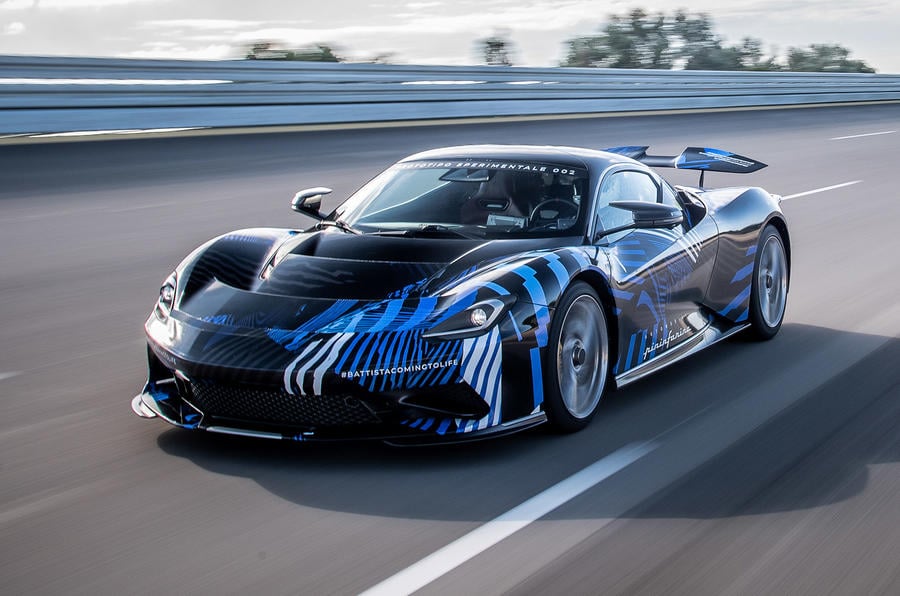 This year will be Pininfarina’s first attendance at Goodwood – and the company is bringing its biggest gun to the show. The pure-electric 1397kW Battista hypercar will be on display at the festival’s new Electric Avenue attraction, as a celebration of the car’s successful completion of its test programme.

The new Toyota GR86 will make its debut at the Festival of Speed, with a run up the hill climb course in the hands of as-yet unconfirmed racing driver. The rear-drive sports car is the successor to the GT86 and features a 173kW 2.4-litre flat-four petrol engine, which gives it a 0–100kph time of 6.3 seconds.