From F1 to kart racing, we all have that one race that will forever stick in the mind. These are our highlights.

You know you’re working in a good (admittedly remote) office when an email for writers’ favourite races goes out and all the replies come flooding in within five minutes.

Spanning the globe and a whole number of different eras, it’s amazing what memories stand out, be they individual driver performances or tiny details like the way one driver leant his head into a corner. There’s even a near-riot in NASCAR in our list. 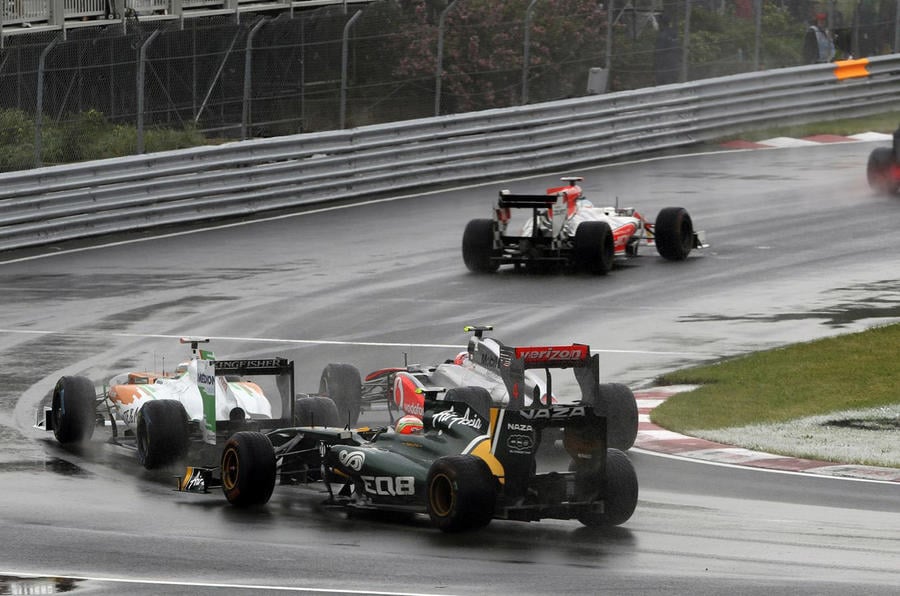 There are many top F1 races that stand out Brazil 2008, Europe 1999, Germany 2000, Belgium 1998, all wet/dry races with surprise winners. But there’s one I’ll make a habit of watching whenever my late-night channel flicking of F1 repeats comes across it: Canada 2011.

Otherwise known as the one where Jenson Button came from running in last place early on to win, having made five pit stops and another trip to the pits for a drive through penalty.

It was a remarkable performance from Button, in a race that holds the record for the most amount of pit stops from a winner and also the longest race in F1 history at four hours and four minutes after a red flag when the rain really came down. I can remember coinciding a drive home on a Sunday evening to listen to it, but then the red flag came and meant I could watch the resumption live when I got home. It’s Button’s unlikely win that I remember most vividly, but watching back there were so many other subplots and incidents that elevate this race from one of the best to the best.

Deep breath for them: Lewis Hamitlon made an actual mistake at the first corner, and crashed into Mark Webber. And then he made another a few laps later, by colliding with his teammate Button, causing a safety car. Button himself crashed into Fernando Alonso, causing the Ferrari driver to retire, and putting Button back to last. Then the rain really came, forcing a red flag, followed by more chaos and a jumbled order that saw Mercedes’ Michael Schumacher running second until the latter stages in a four-way battle for the podium with Red Bull’s Sebastian Vettel and Webber, and Button. Schumacher would go onto finish fourth, Webber third, and Button of course victorious, after forcing Vettel (who led all bar two laps) into a mistake on the very last lap.

It was F1 at its very best: challenging conditions allowing the cars’ performance to be neutralised, and the driver skill to really shine through. What a win by Button. And what a race.