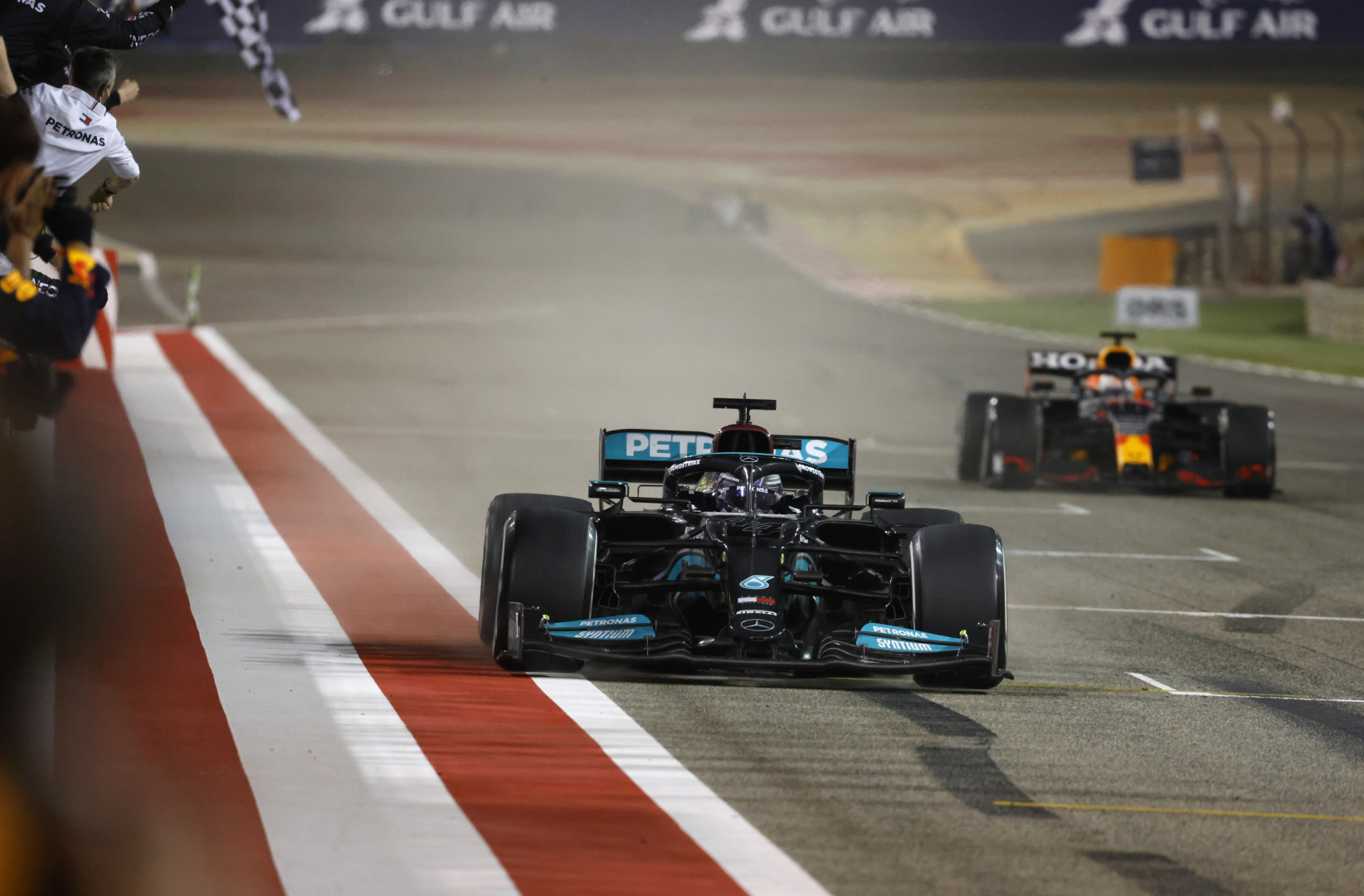 “Still got it, Bono,” said Lewis Hamilton on the radio to his race engineer Pete Bonnington after an enthralling battle with Max Verstappen at the Bahrain Grand Prix. “Yeah, not bad for an old man,” came back the happy reply. Too right. But he sure was made to puff to claim his 96th grand prix victory on Sunday.

HAMILTON vs VERSTAPPEN: GAME ON

For once, pre-season testing hasn’t over-promised. After years of Mercedes-AMG domination, we’re finally in for what looks sure to be a classic F1 season as Red Bull proved it has what it takes to challenge the champions and ruin its bid for an eighth consecutive title. Verstappen’s stunning pole position, beating Hamilton by a clear 0.3sec, set up a fascinating race – which more than delivered on Sunday as Mercedes and Red Bull played high-speed chess on strategy in a race that built to a heady climax.

Did Verstappen blow it as he chased down, then passed Hamilton on lap 53 of 56? You have to say, he did – and he knew it. Max ran wide, broke the track limits rule at Turn 4 and was forced to cede the place he’d gained, under orders from the stewards via his team. He never quite got in range again, despite his pace advantage. Just like in Turkey last year, Hamilton won a race he really shouldn’t have. Just bring on round two at Imola on April 18.

“Were the fireworks for me?” asked cheeky Lando Norris after taking the chequered flag in a superb fourth for McLaren, behind Valtteri Bottas. On Saturday, new team-mate Daniel Ricciardo pipped him by just 0.047sec, but in the race the young Brit hustled past the Aussie on lap one and drove beautifully as Ricciardo trailed home seventh. Just the start Norris needs in what is primed to be one of the key team-mate battles of the season.

Sergio Perez was disappointed with himself for qualifying only 11th, then was forced to start from the pitlane after his new Red Bull cut out on the formation lap. But the Mexican put in a typically canny comeback, three-stopping his way to fifth place – ahead of Charles Leclerc’s Ferrari. Good save.

BLUSHES FOR VETTEL AT ASTON

A yellow flag qualifying infringement and a clumsy rear-end into Esteban Ocon’s Alpine in the race marked a disastrous start to Sebastian Vettel’s Aston Martin relaunch. Lance Stroll managed just a single point with 10th in the other green car, behind AlphaTauri rookie Yuki Tsunoda, who banked ninth on his F1 debut. Already, Vettel should be feeling the heat.