“Cocky, confident, lazy – dead.” As a means of getting a student’s attention, these words work every time, says Stuart Cadman, a professional driver who trains development engineers to drive test cars in such a way that they reveal their innermost secrets.

“People can easily become blasé behind the wheel of a car, which is when accidents happen,” he adds. “An engineer must be alert and focused and driving at a level where they don’t need to devote 100% of their concentration to driving a vehicle at or close to its limits. They need to have some reserve capacity to appraise the vehicle and provide a running commentary if necessary.”

As a former panel-beater, Cadman knows what happens when someone loses control of a car at speed. However, what gives his words added weight is that he, like his pupils, is an engineer; he has an MSc in vehicle dynamics and has worked for Jaguar Land Rover, Aston Martin and Prodrive. In short, he understands the value of learning how a part or system behaves on track as well as in a lab. Cadman says: “As a qualified engineer but an inexperienced test driver, you may know all the theory, but then when you drive the car, you might feel something happen that surprises you. Back in the office, your fellow engineers say ‘show us the data’, but there is none, because whatever occurred – perhaps a suspension component behaved unexpectedly – can’t be measured in the lab. Worse still, you can’t accurately describe or repeat it. You need the skills to be able to go back to the track and repeat the event for the benefit of yourself as well as your colleagues and to describe it clearly enough so that the cause can be determined.” 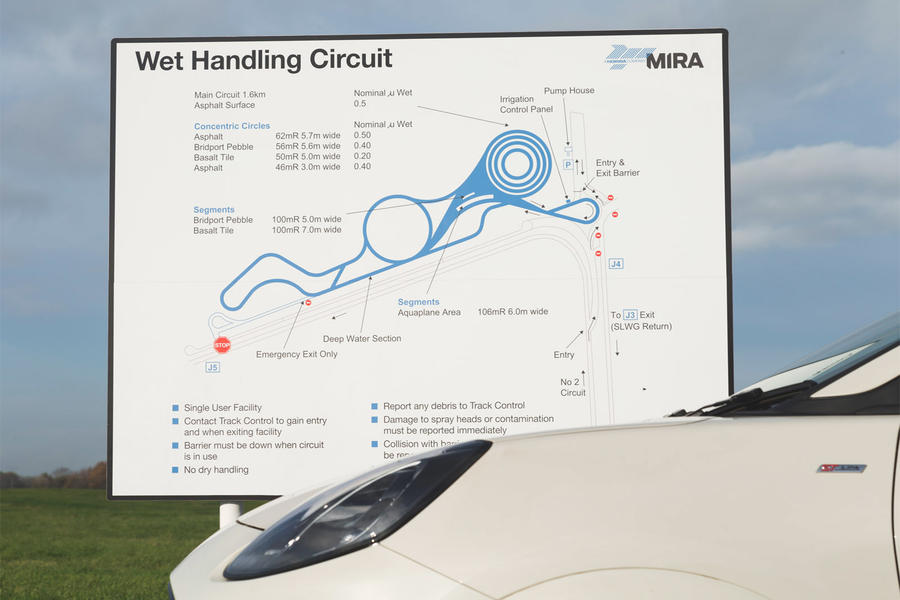 A few years ago, Pro2 – for which Cadman provides consultancy services and which offers a range of driving training services and customer experience events to the motor industry – was asked to send its drivers to China, India and South Korea to help equip these countries’ emerging automotive engineers with the skills to test their simulation- and lab-derived theories on the track.

“Most of the engineers had an excellent theoretical understanding but hadn’t the driving experience to test their work,” says Pro2 founder Simon Poole. “Not only that, but they also lacked a world view and so developed solutions only to the standards of their home markets. They were quite insular. Of course, as we’re increasingly beginning to realise, this is no longer the case.”

Cadman was among those who went to India to help the engineers at car makers including Mahindra and Maruti. One of the aspects of a car’s performance the engineers found hardest to gauge, he says, was steering feel. It’s a common problem: “You have this system whose only contact with the road is a steel-and-rubber composite balloon that flexes and changes its shape as you drive. Not only that: as it wears, the tyre’s performance changes. Consequently, you may be fed an ever-changing stream of feedback. It’s why an abundant supply of tyres should be available during vehicle development, to be changed the moment they show signs of wear.”

Of course, as with those other aspects of a car’s behaviour, such as ride, handling and noise, vibration and harshness (NVH), explaining to colleagues how a car’s steering feels in the hands requires powers of description that may elude engineers raised in an environment where data rules supreme. “Being able to describe what you are experiencing so that your colleagues understand you is as important as the experience itself,” says Cadman. “As long as they do, any choice of words is valid!” 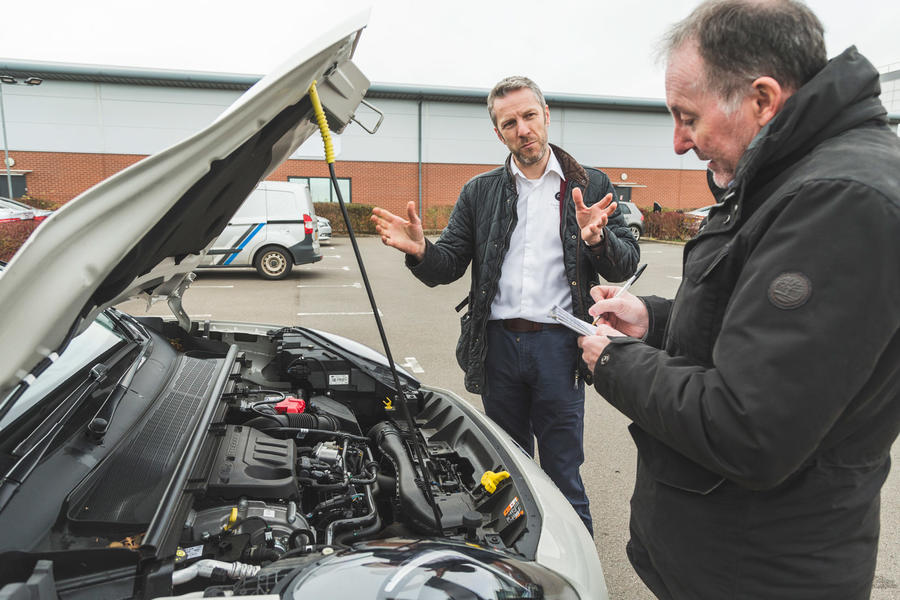 Depending on the project, getting an engineer to a point where they’re comfortable at or close to the limit of a car’s performance so that they have the headspace to coolly observe how it behaves and in what circumstances is a key objective. In a traction control test, it might be the ability to report that, for example, the right-rear wheel lost grip, the ESP kicked in and still the car went out of control – and to repeat that scenario on demand.

I have a glimpse of the mountain candidates must climb when I drive photographer Luc Lacey’s Ford Puma long-termer around the wet-handling area at MIRA proving ground in the UK. With Cadman issuing commands from the passenger seat, I apply bootfuls of throttle before turning the wheel sharply and hanging the tail out. Then, just as I’m waiting for the front wheels to bite on the sprinkler-free section and whip the car round, he tells me to count from one to 10. The exercise proves I have some way to go.

“Knowing your limitations is key to being an effective engineerdriver,” he says. “That way, you’ll never overstep your boundary and lose confidence.” At which point he takes over and fires us off down the wet-handling section, foot to the floor with the traction control thrumming away, all while reciting the alphabet… backwards.

Damian Harty is a former chief engineer at Prodrive and a visiting professor and research fellow at Coventry University specialising in vehicle dynamics. He believes being able to drive a car at its limits while having the headspace to observe precisely what one is experiencing is vital for a development engineer. 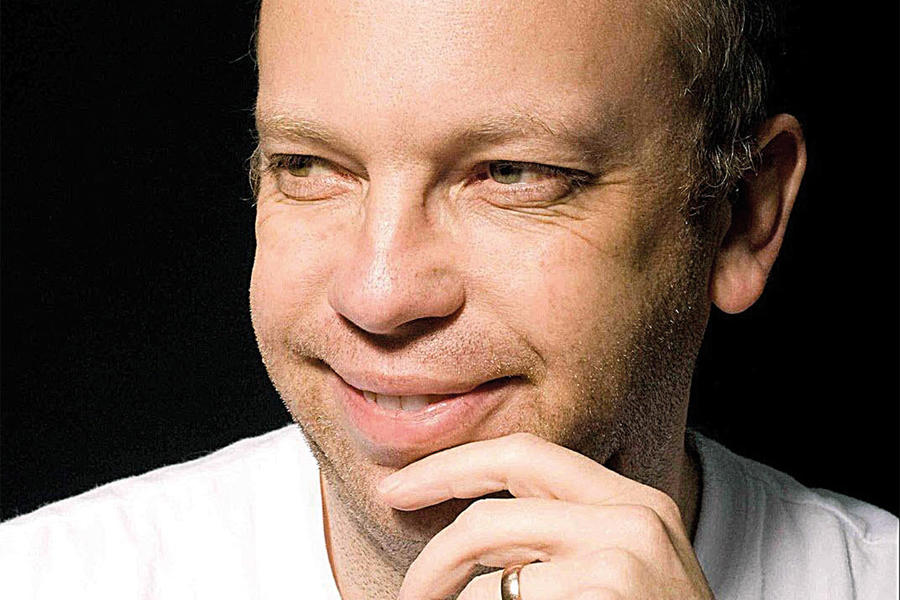 He says: “We have this fantastic mathematical framework provided by Isaac Newton, but while they have all the data, engineers who are inexperienced behind the wheel don’t know which ones correspond to that happy state they’re searching for, because they don’t know what that state is. It may be because they’re occupied with just driving, because they lack that instinctive sense of what feels right or because they have insufficient experience of different cars.

“The problem is, each time technology improves, this lack of experience becomes more telling. People said the first electric power steering systems weren’t as good as their hydraulic predecessors. I suspect this was because the engineers who developed them didn’t know quite why they liked the hydraulic systems, so didn’t know which data corresponded to which state. As a result, they couldn’t replicate the positive characteristics of the old systems in the new ones.

“Engineers have to know what the ‘happy numbers’ are or else, as I like to say, they’ll measure the colour of the steering wheel and not the calibration of the steering boost.”

The famed British motorsport firm has designed a rally-raider to defeat the desert wilderness of Saudi Arabia and, as we discover, optimism abounds
Read more
Facebook