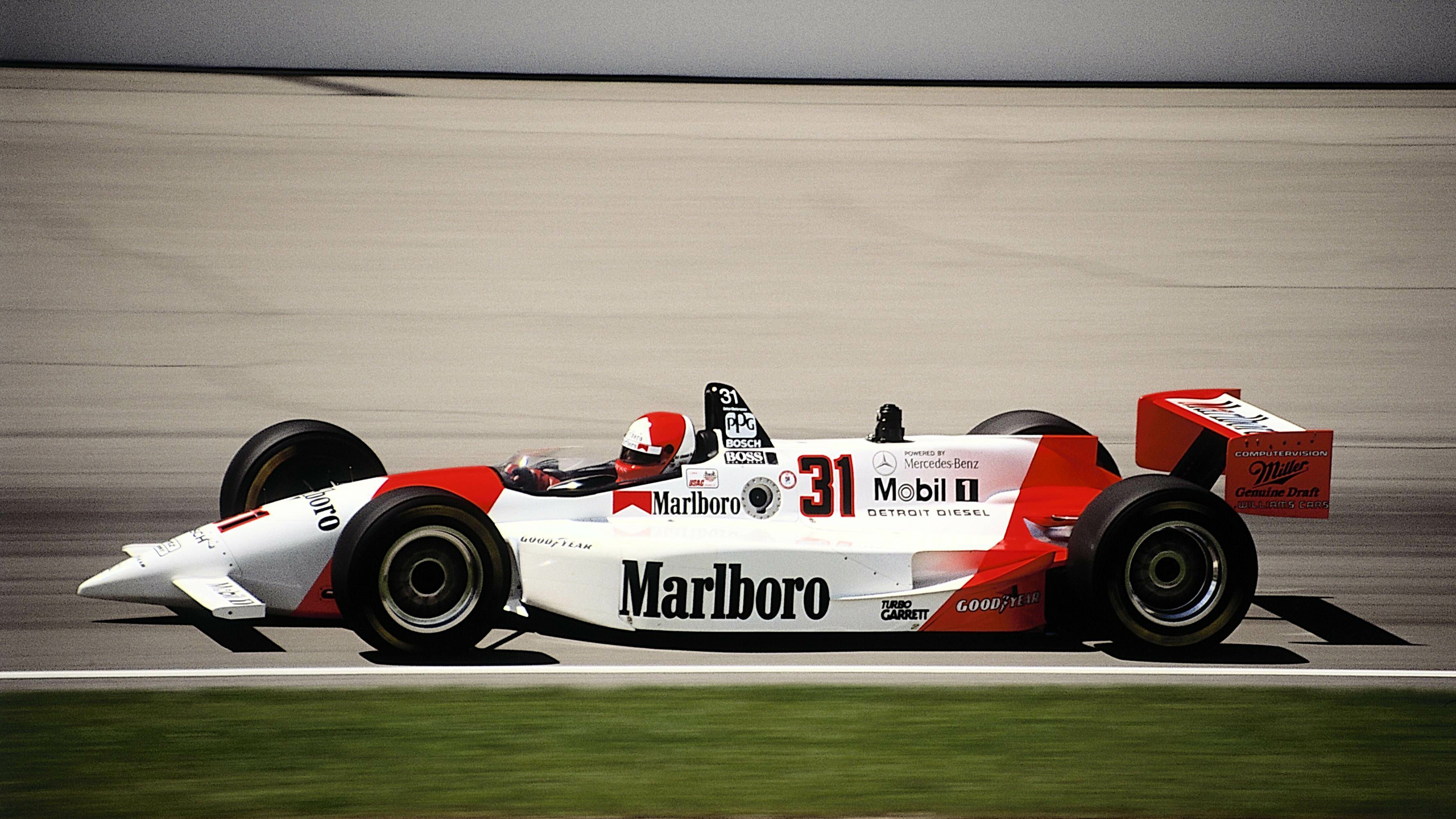 In these days of ever-more restrictive technical regulations, major innovations are becoming rarer in motorsport. The last significant example was the ‘double diffuser’ that was key to Jenson Button and Brawn’s Formula One championship victory in 2009. But there have been plenty of instances down the years of the competition being blindsided by one team’s stroke of genius. One of the classics was the 1994 Indy 500, won in dominant fashion by Al Unser Jr in a Mercedes-engined Penske PC23. At the chequered flag, Unser and a young rookie named Jacques Villeneuve were the only two cars on the lead lap – Unser’s Penske having lapped the rest of the field. The reason for the crushing display was simple: power. The 3.4-litre Mercedes 500i turbocharged V8 engine in the back of the PC23 was putting out in the region of 745kW, compared with around 596kW in most of the competition.

The dominance came as a complete surprise, but Penske had rolled out the Ilmor-built powertrain specifically for May’s blue-riband event. The team was able to do this thanks to a quirk in the tech regulations, whereby USAC (the United States Auto Club), the sanctioning body for the Indy 500, allowed greater freedom in engine design than Championship Auto Racing Teams (CART), the sanctioning body for every other event in the PPG IndyCar World Series. An equivalency formula for the 500 promised to level the playing field between the modern four-valves-per-cylinder, overhead-cam engines of CART and older, two-valves-per cylinder, pushrod designs, with greater displacement and turbo boost for the latter. For 1994, those running a pushrod engine were no longer required to use a stock road-car block as a basis. Taking full advantage of that allowance to create a competitive pushrod engine from scratch required huge resources, and few thought it worthwhile, even for Indy, the biggest event in the calendar for US open-wheel racing.

Mercedes did, though, and committed to develop and build the 500i behind closed doors in just 25 weeks. Secrecy was vital; if news of what Ilmor was up to leaked, rival outfits could have protested, or attempted to build their own. The fact that team owner Roger Penske owned two tracks where private testing could take place certainly helped. The British-based Swiss engineer Mario Ilien, who had already developed Chevrolet IndyCar engines for Penske, and F1 and sportscar racing powerplants for Mercedes, created the Indy powertrain, which would come to be known as ‘The Beast’. It was a transatlantic effort, with Ilien designing and building the parts at his Ilmor Engineering firm in Brixworth, Northamptonshire, and assembly taking place at night in Penske’s Reading, Pennsylvania, facility, close to the Nazareth racetrack where testing took place.

Penske team members working on the engine were kept separate from the rest of the squad, working their night shifts in a building normally used by Penske’s truck leasing business. They were under strict instructions not to discuss what they were working on with anyone, not even their families. The fact that new parts were regularly shipped from the UK to the US by Concorde gives an idea of the project’s ‘money-no-object’ nature. In the end, Ilien delivered an engine that produced 764kW at 9,800rpm, and redlined at 10,500rpm, giving Penske’s drivers Unser Jr, Paul Tracy and Emerson Fittipaldi a clear 150kW advantage over the rest of the field. Just weeks after the race, USAC closed the loophole; Penske, Mercedes and Ilmor’s feat would not be repeated.

Ilmor Engineering was later taken over by Mercedes, and its DNA lives on within the Mercedes-AMG High Performance Powertrains (HPP) facility in Brixworth – creator of the dominant 1.6-litre hybrid V6 engines that have powered Lewis Hamilton and Mercedes’ F1 to multiple world titles.