The pandemic delayed F1’s return to Zandvoort, but it has given the season a batch of exciting new tracks

When the 2020 Formula 1 calendar was originally revealed last year, excitement centred on the return of the Dutch Grand Prix at Zandvoort after a 37-year break and the brand-new Vietnamese GP. The World Championship will still be visiting some new circuits and returning to some old favourites this year – just not the ones anyone could have expected.

You know what happened, of course. The global impact of the coronavirus has affected everything, including motorsport, and since the Australian GP was axed at the last moment in mid-March, F1 bosses have been scrabbling to cobble together a calendar with enough events and geographic reach to ensure that it’s worthy of ‘world championship’ status. It has been a work in progress, too: when the season finally began in July with a pair of races at the Red Bull Ring in Austria, nobody even knew how many grands prix there would ultimately be, let alone where they could be held.

We know now that 13 of the 22 originally planned races won’t take place this year, due to lockdowns or international travel restrictions, the continued spread of Covid-19 in particular regions or logistical and contractual reasons. The canned events include both the Dutch GP and Vietnamese GP and all of the planned races in the Americas and the Far East. Due to the complexity of road closures, the Monaco GP will be missing from the schedule for the first time since 1954.

But that calendar chaos has created opportunity, and F1 bosses have adapted by adding five new events, with three circuits making a welcome return to the calendar alongside two brand-new tracks, starting with the recent Tuscan GP at Mugello. So here’s what to expect from the last-minute additions to this year’s calendar. 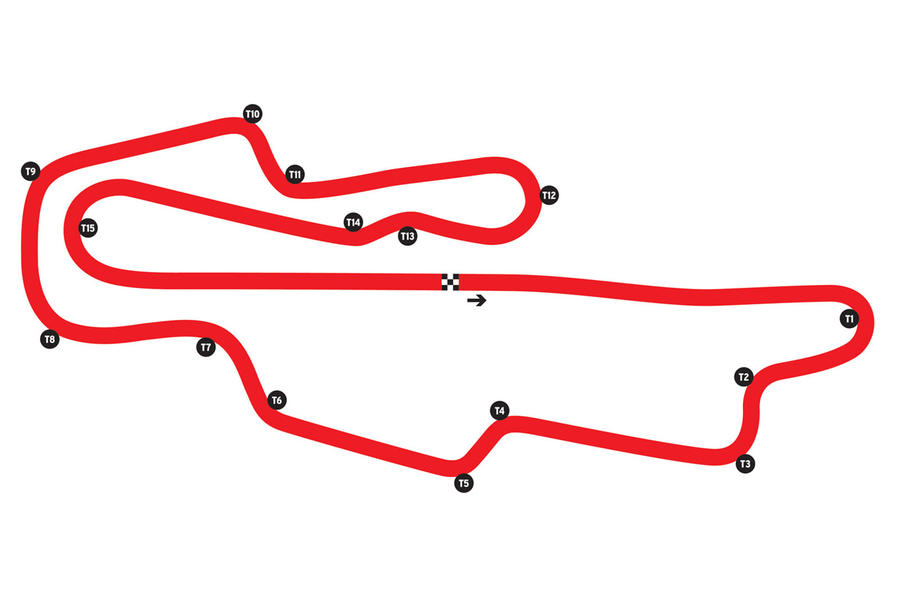 Motor racing was first held in Mugello in 1914, on a daunting 66-kilometre road course that continued to host races until 1970. The permanent circuit was built in 1974 in a nearby valley, packing 15 turns and 41 metres of elevation change into each lap. Notable features include the 1.094-kilometre main straight, which leads into a fast, uphill right-hander.

Mugello hosted a number of major international championships in the 1970s and 1980s, including the World Sportscar Championship and Formula 2, but it fell into financial struggles in the mid-1980s. More recently, it has hosted the DTM spin-off International Touring Car Championship and the FIA GT Championship, but it’s best known for two-wheel motorsport, as a hugely popular mainstay on the MotoGP calendar.

Ferrari bought the track following its financial woes in 1988, and it has become a regular testing venue for the firm. By a sort of happy accident, this year’s F1 event was Ferrari’s 1000th World Championship grand prix, which was reflected in the official title. Although it didn’t exactly prompt the Italian team to hit fine form in the event. 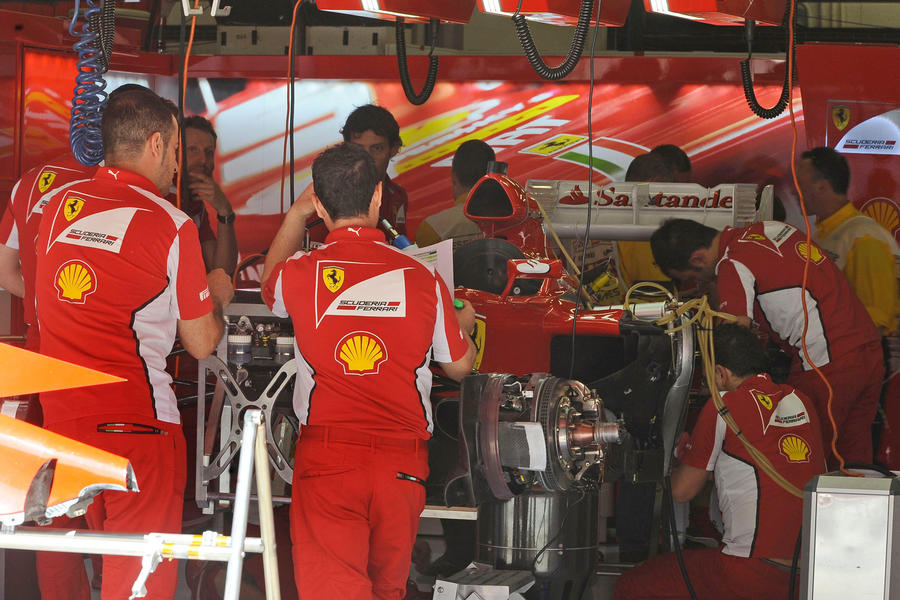 Given the recent race was the only time F1 has ever competed at Mugello before, that event ranks highly in this category. It was certainly a chaotic and memorable affair, with two race stoppages – including one after a major pile-up following a safety car period. But while there was drama in the pack, things were more serene out front, with Lewis Hamilton comfortable leading home Mercedes-AMG team-mate Valtteri Bottas.

Prior to thart event, Mugello did host an official in-season test in May 2012. The track’s high-speed sweeps meant it was of limited use for testing, but the drivers enjoyed it.  Red Bull driver Mark Webber said then that 10 laps of Mugello was “the same as doing 1000 laps around Abu Dhabi in terms of satisfaction”. But perhaps the track’s most famous pre-2020 F1 moment came in a post-Italian GP test in September 2000, when Sauber ran 20-year-old Formula Renault driver Kimi Räikkönen. At the time, the Finn had competed in just 23 car races, but the pace that he showed convinced the team to sign him for 2001. 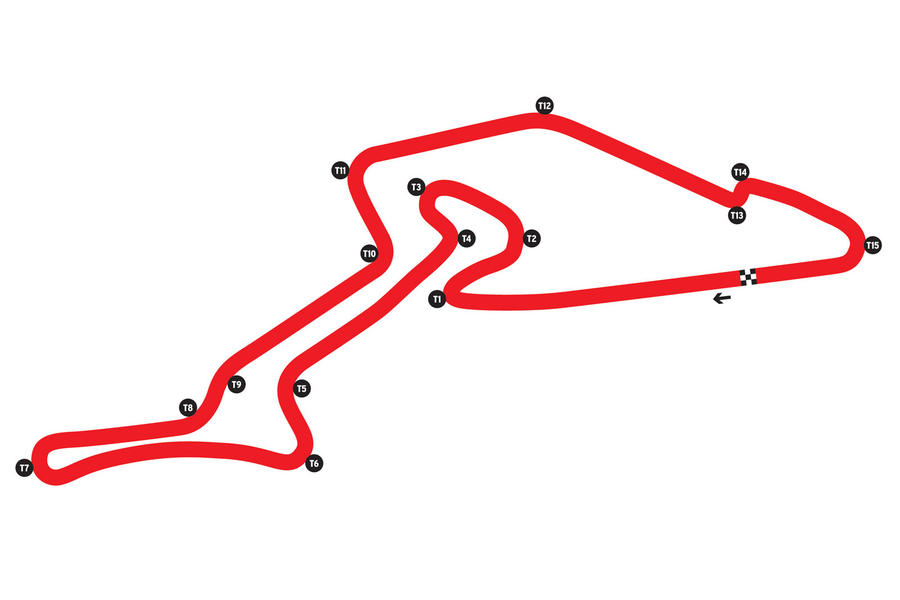 The Nürburgring has returned to the F1 calendar for the first time since 2013, the final year of a deal to alternate the German Grand Prix with Hockenheim. Weirdly, despite there not being another German F1 race in 2020, the event has been named the Eifel Grand Prix – the fourth different grand prix held at the Nürburgring (it has also hosted the German, European and Luxembourg GPs).

Inevitably, the ‘new’ Nürburgring can’t compare to the infamous 20.76-kilometre Nordschleife, but it usually produces good racing, beginning with a tight, hairpin-filled stadium section and a chicane near the end that invites late-braking moves. The weather in the Eifel mountain region can be mixed at the best of times, and the October date greatly increases the chance of a bit of chaos-inducing rain. 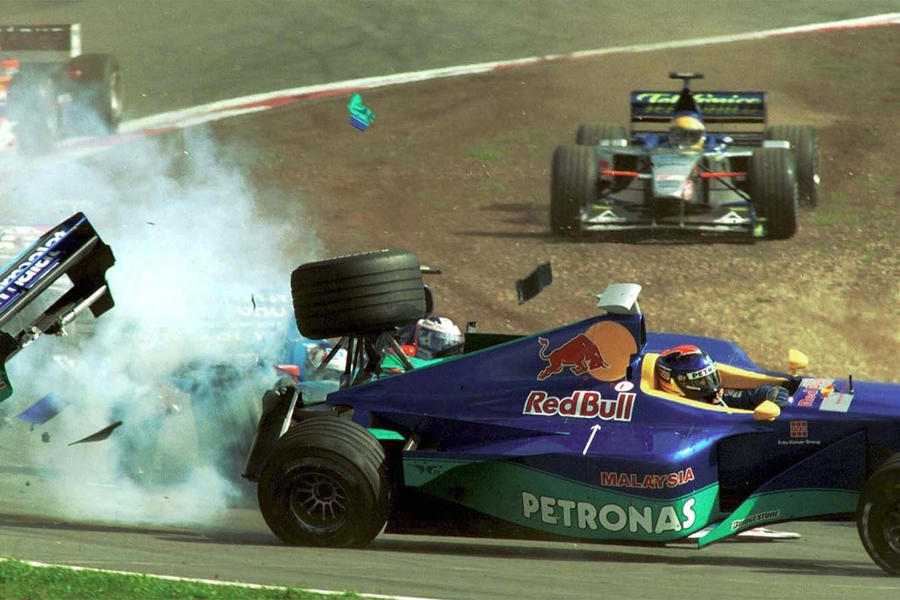 There are plenty to choose from, including Michael Schumacher’s late pass of Ferrari’s Jean Alesi in 1995, Mark Webber’s first F1 victory in 2009 and one-race-wonder Markus Winkelhock randomly leading a lap for the laggard Spyker team in 2007.

But for sheer chaos, it’s hard to top the drama-packed 1999 race. The tone was set when Pedro Diniz was pitched into a barrel roll at the first turn, and the order was then shuffled by a mid-race downpour. Heinz-Harald Frentzen (Jordan), David Coulthard (McLaren), Giancarlo Fisichella (Benetton) and Ralf Schumacher (Williams) all crashed or retired from the lead, leaving Johnny Herbert to take an unlikely victory for Stewart. 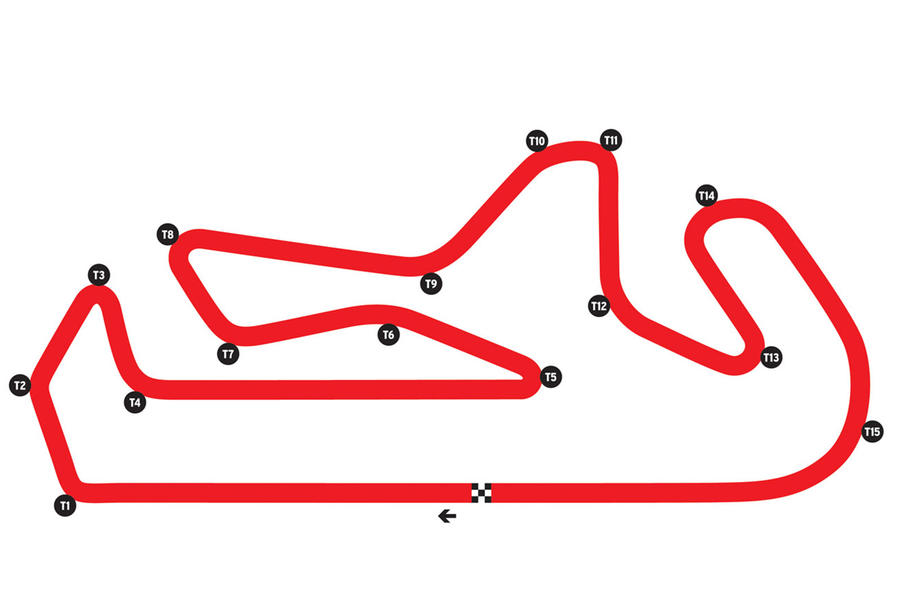 The 4.66-kilometre Algarve International Circuit was opened in late 2008 and quickly became hugely popular with drivers, thanks to its undulating, Spa-Francorchamps-esque layout. It was first used for an F1 test in December 2008 and has been perennially linked to hosting a GP since then, but it never made it onto the calendar for various commercial reasons.

The combination of sharp elevation changes and tight but flowing turns will present a major challenge and should create overtaking opportunities – aided by an almost kilometre long (965 metres) main straight.

The 2020 event will be the 16th time the Portuguese Grand Prix has been a round of the world championship but the first since 1996, when the popular Estoril circuit was last visited. Alain Prost and Nigel Mansell both won the event three times. 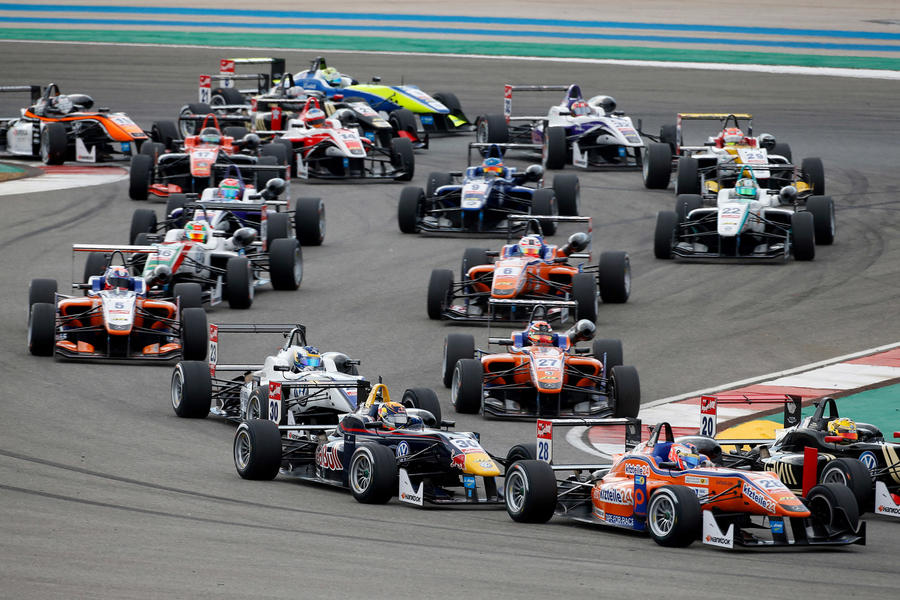 Since Portimão hasn’t yet hosted an F1 race, there are none to choose from. In other categories, former grand prix racers Tiago Monteiro and Gabriele Tarquini have both scored World Touring Car Championship victories at the circuit, while perhaps the most notable event for fans of present-day F1 came in 2009, when current Renault driver Daniel Ricciardo wrapped up the British Formula 3 Championship there. Guest entrant Jules Bianchi won both of the races that weekend, showcasing his tragically unfulfilled talent. 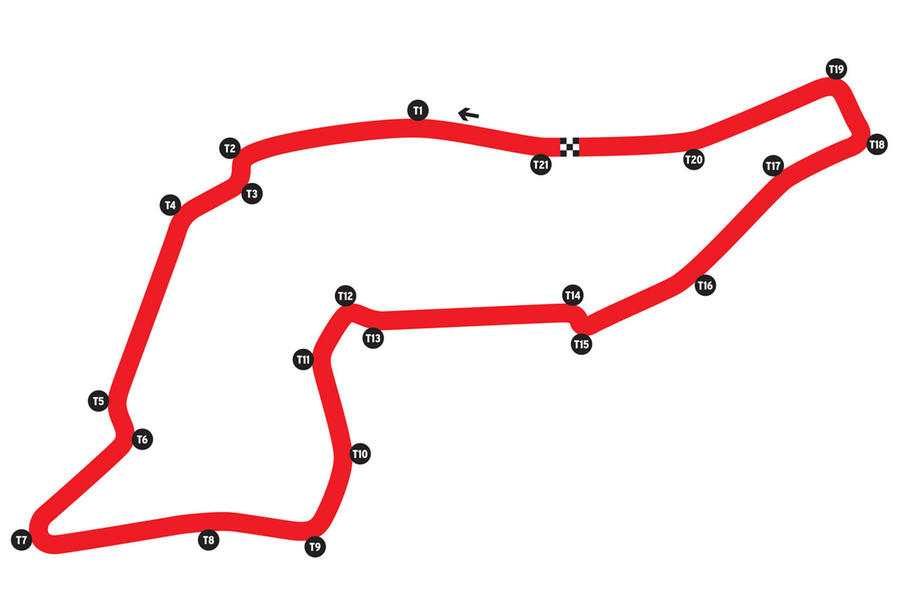 F1 first used the Autodromo Enzo e Dino Ferrari in 1980, when it hosted the Italian Grand Prix. That event reverted to Monza the following year, but Imola remained on the schedule to stage the San Marino Grand Prix, named for the principality nearby. It was dropped from the schedule after the 2006 season and since then has undergone major revisions and continued to host important international races.

Even with the revisions, the circuit is an old-school challenge, particularly at Acque Minerali and Rivazza. “You have high-speed corners with a short run-off area, so you really feel you’re at the limit of the car,” says AlphaTauri’s Pierre Gasly.

Imola will forever be remembered as the circuit at which both Roland Ratzenberger and Ayrton Senna lost their lives in 1994. The corners at which they crashed, Villeneuve and Tamburello, were extensively reworked following that event. 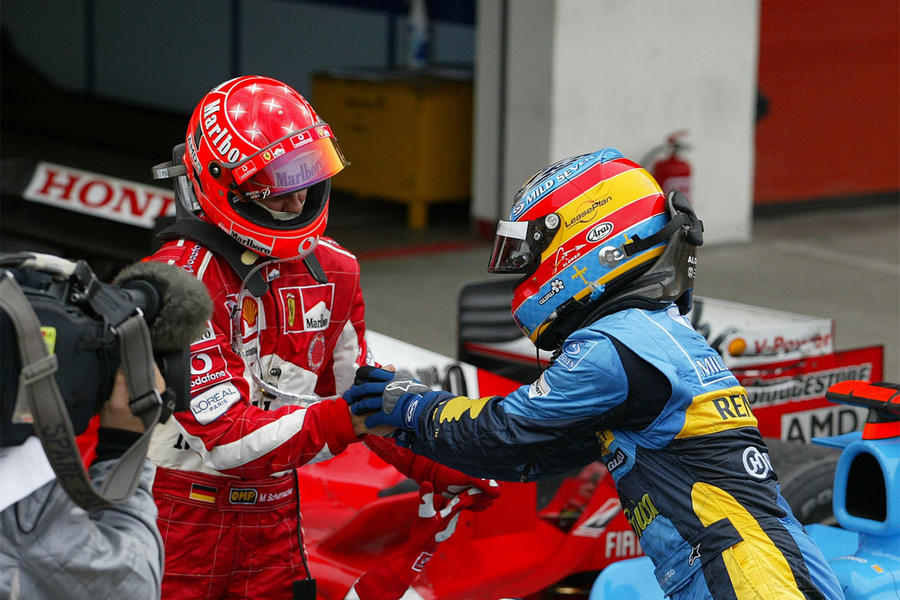 There was plenty of controversy in 1982, when Ferrari ordered Gilles Villeneuve and Didier Pironi, running a dominant first and second, to slow down. Pironi then overtook on the final lap, claiming they were never told not to race.There was another row over team orders in 1989, this time between McLaren’s Senna and Alain Prost, really kick-starting the pair’s famous rivalry. More recently, a young Fernando Alonso brilliantly fended off Michael Schumacher’s relentless attack in the closing stages of the 2005 race, marking a changing of the guard between the seven-time champion and his seeming heir apparent. 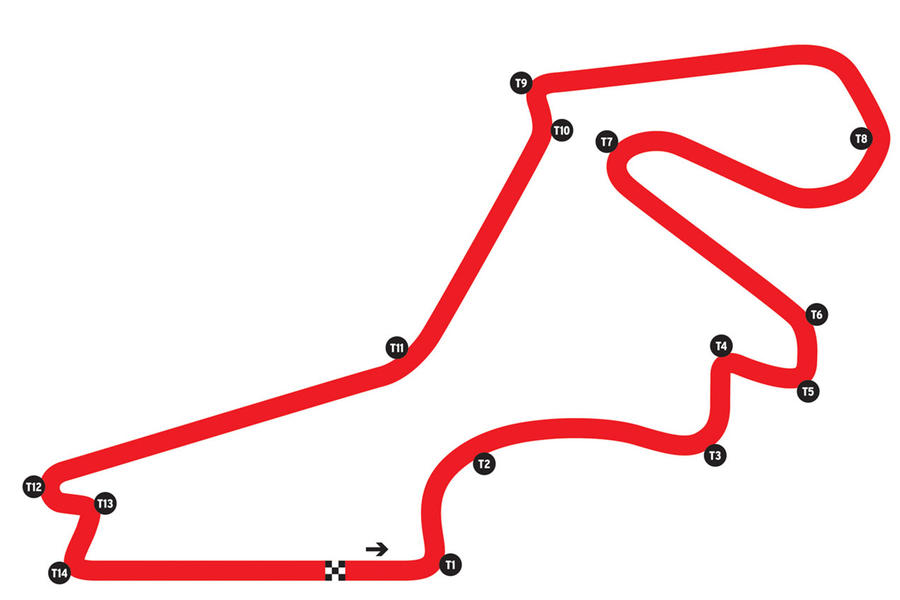 Arguably the finest work of serial new F1 track designer Hermann Tilke, Istanbul Park was the right circuit in the wrong place. When it was added to the calendar in 2005, it was an instant hit with drivers and fans, but it dropped off the schedule after 2011 due to a contractual dispute.

Taking advantage of natural elevation changes, the track features a number of great corners, beginning with a sharp, tightening downhill left-hander and an uphill high-speed kink nicknamed Faux Rouge for its similarity to the classic turn at Spa. Best of all is Turn 8, a fast, bumpy, downhill left-hander with no fewer than four apexes.

Describing the circuit back in 2009, Lewis Hamilton called it “a great modern track, with a real variety of corners, plenty of high-speed stuff”. He added: “It’s a place where you really feel the benefit of having the car properly hooked up beneath you.” 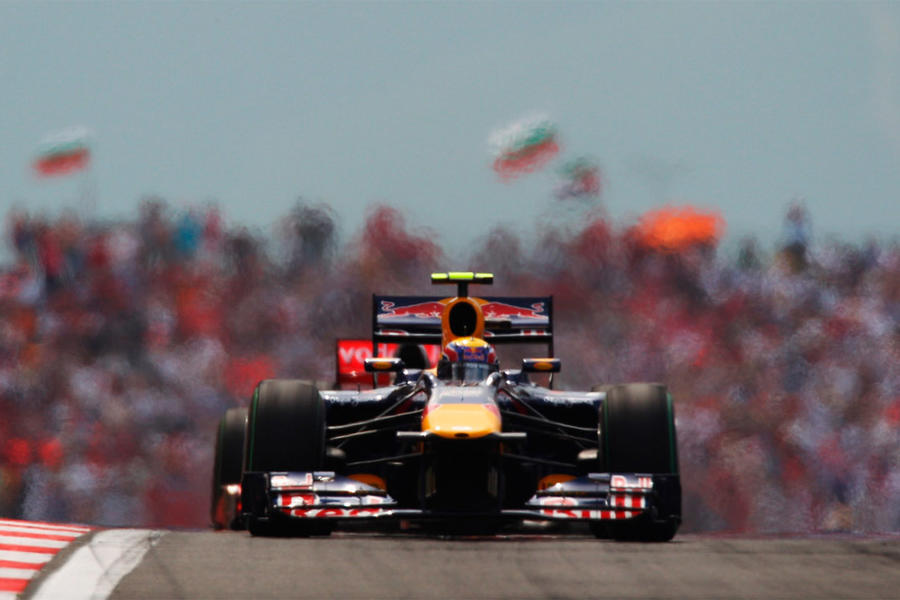 Felipe Massa was supreme at Istanbul Park, winning three of the seven events held there, including his first F1 victory in 2006. But for drama the pick of the races is 2010. Hamilton outduelled McLaren team-mate Jenson Button for victory after a mix-up over team orders prompted a late-race battle between them, but the drama came behind: Red Bull team-mates Mark Webber and Sebastian Vettel clashed while fighting for third, badly worsening their increasingly fractious relationship.

Will the new circuits shake up the order? 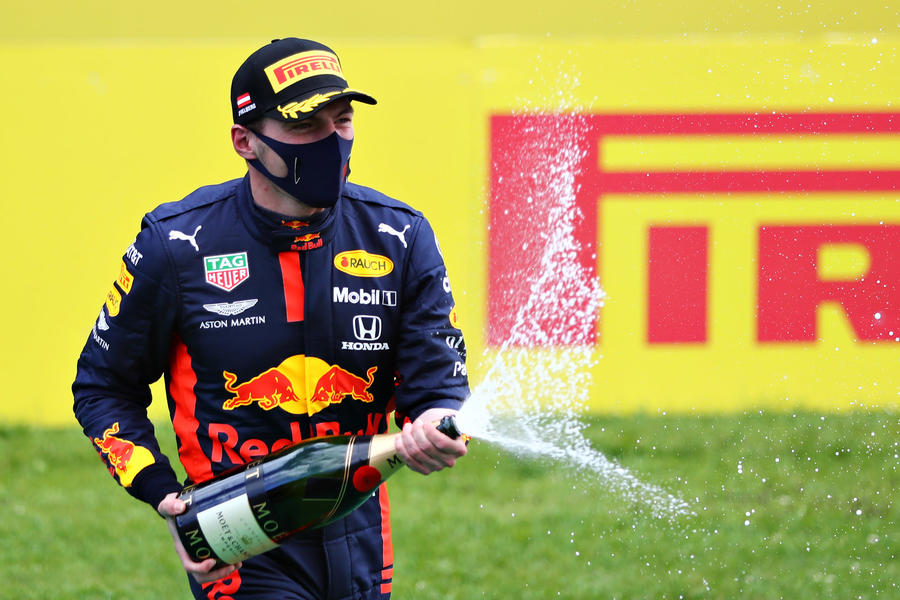 In theory, the last-minute addition of a host of new tracks offers a level playing field that could shake up the established order, given that teams won’t have much data on which to base their set-ups and strategy. Could that help Max Verstappen and Red Bull take the fight to Lewis Hamilton and Mercedes?

In reality, it’s unlikely. Thanks to heavy investment in computer simulation software, the teams should be able to turn up at a venue at which they have never raced with a well-sorted baseline car set-up.

“I don’t think there will be a lot of changes [to the competitive order],” says Verstappen. “If you have a good car, you have a good car. We can practice a lot on the simulator, so everybody is very well prepared. Teams might go a bit wrong with the set-up in the first practice session, but overall it will pretty quickly end up with the order you see on other tracks.”

Following the extra European races, F1 will conclude its season with three events in the Middle East. Sakhir in Bahrain will give us races on 29 November and 6 December, then Yas Marina in Abu Dhabi will host the season finale on 13 December. The Bahrain double-header will feature a twist: while the first event will be held on Sakhir’s regular F1 track, the second will run on the 3.54-kilometre ‘outer’ circuit, a short, oval-esque layout comprising long straights and tight turns.

These three events bring the 2020 calendar up to 17 races, making it the shortest season since 2009. The pre-pandemic schedule featured 22 events, which would have been the most ever to feature in a single F1 season.