How the auto industry is affected by Russia-Ukraine war What we know so far on how outbreak of war in Eastern Europe is affecting car manufacturers.

The automotive industry has started to take action following Russia’s invasion of Ukraine.

Several makers have halted deliveries to Russia, while others have paused production, due to a lack of parts from Ukraine-based suppliers. Formula 1 has cancelled the Russian GP.

Manufacturers affected so far include Group Renault, Stellantis and the Volkswagen Group. 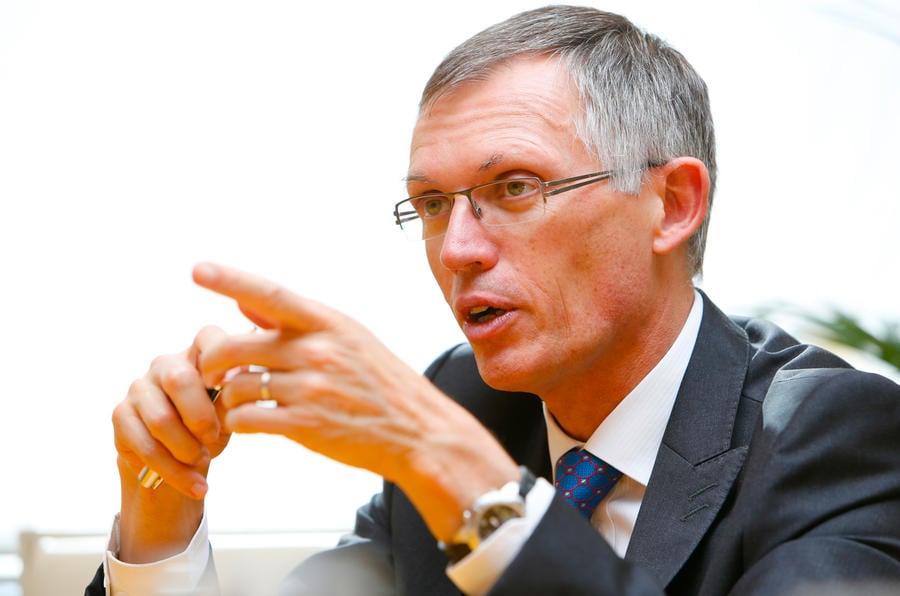 Many have severed ties with Russian partners, despite the country being the eighth-largest automotive market in the world. Some 1,666,780 cars were sold in the country last year – more than in Canada, France or the UK.

Further issues from hindered supply chains are expected in the coming weeks. Meanwhile, companies including Skoda have committed to supporting Ukrainian workers affected by the war.

Here’s what we know so far on how the oubreak of war is affecting individual manufacturers.

General Motors has suspended some business in Russia, Reuters has reported. The American company will stop all exports to the country, saying: “Our thoughts are with the people of Ukraine at this time. The loss of life is a tragedy, and our overriding concern is for the safety of people in the region.” The company sells around 3000 vehicles in Russia each year. Hyundai has stopped production at its St Petersburg plant in Russia for five days, citing a semiconductor shortage.

“The plant will be shut down temporarily, due to supply disruption caused by a semiconductor shortage,“ an official said.

The Korean company went on to say that the decision had “nothing to do with Russia and Ukraine”.

Local reports have suggested the car maker has halted deliveries to dealerships in the country, per the Korean Herald. The British company has said its priority is “the wellbeing of our entire workforce and their families, as well as those within our extended network”.

“The current global context also presents us with trading challenges, so we’re pausing the delivery of vehicles into the Russian market and continually monitoring the situation on behalf of our global customer base,” it said in a statement.

The BBC has reported that sanctions imposed by the UK, EU and US are making it more difficult to sell cars in the country. Mercedes-Benz has announced that it will donate €1 million (AUD$1.5m) to support those affected by the crisis in Ukraine.

Mitsubishi has said that it might suspend production and sales of vehicles to Russia, due to potential supply disruptions, according to Reuters. The Japanese company has 141 dealerships in the country. 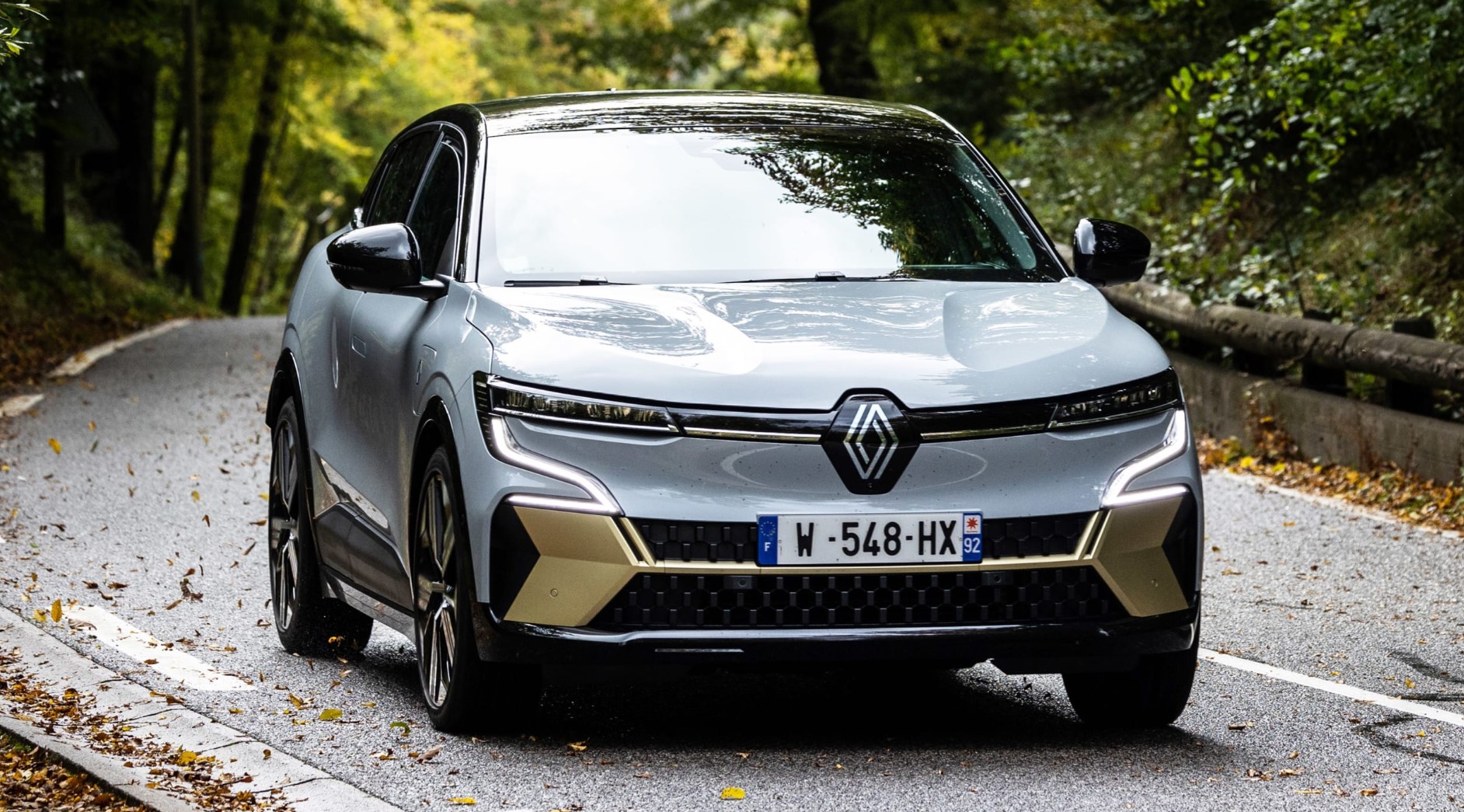 Renault shares dropped by 6.4 per cent on Monday, as a result of Western sanctions placed on Russia. The French company owns Russian manufacturer Avtovaz, which has suspended assembly lines for a day at its facility in Russia, due to parts shortages.

Renault has previously closed its factory in Moscow because of supply problems. The facility produces models including the Arkana and Captur crossovers. Extreme truck manufacturer Torsus has spoken out against the invasion of Ukraine, where it has facilities and offices.

“We receive multiple calls and messages from all over the world asking how our Torsus Kyiv team is doing in these horrible days and if any support is needed,” it said in a social media post.

“We’re in constant contact with our Kyiv team. Our employees and their families are safe. We strongly recommend them to use all cautions as recommended by the Ukrainian government. Please do not leave bomb shelters until it is safe.”

The company’s director of corporate strategy, Yuliya Khomych, has left the country for Prague, where the business is headquartered.

“Torsus stands with Ukraine and Ukrainian people in their fight for their country and for peace in the whole Europe,” it said.

“We call on you to support Ukraine by asking your governments to fully switch off Swift [which facilitates transfers between banks] and take whatever measures available to cut off the Russian economy from access to finance and technologies.” Stellantis CEO Carlos Tavares has said that any decision on how the company will alter its operations in Russia “depends very much on what the politicians are going to decide”.

“We’re expected to be a compliant corporation,” Tavares said. “We comply with the rules, laws and regulations in peacetime and we comply with sanctions in wartime.”

Last week, Stellantis set up a task force to monitor its 71 Ukrainian employees. It now has another specifically to “translate these sanctions, that are decided by the hour, into business decisions”.

On the sanctions the West has imposed on Russia, Tavares said; “So far, those sanctions are very targeted, but of course there will be a point in time when the plants are unable to run.

The Russian plant manufactures light commercial vehicles from Citroën, Opel and Peugeot, and Stellantis had been poised to begin exporting these to Western Europe.

Tavares added: “It’s important we stay focused on our people. We represent in our company 170 different citizenships. We’re the most diverse car company in the world.” Toyota has lost 13,000 cars’ worth of output following a cyber attack that targeted one of its suppliers of plastic and electrical components, Reuters has reported.

While Toyota hasn’t directly blamed Russia for the attack, it occurred shortly after Japan announced that it would join Western allies in sanctioning the invading country, including by blocking Russian banks from accessing the Swift system.

“It’s difficult to say whether this has anything to do with Russia before making thorough checks,” said Japanese prime minister Fumio Kashida.

The Volkswagen Group will donate €1m (AUD$1.5m) to refugee charity Unoflucht as a result of the Russian invasion of Ukraine.

“We at VW Group are very concerned about the current situation in Ukraine,” it posted on social media. “The Group board of management decided that the Group and its brands will donate one million euros to its long-standing partner Unoflucht.”

It also said: “The Volkswagen Group views the Russian attack on Ukraine with great concern and dismay,” adding that it hopes for a “quick cessation” of hostilities.

“We’re convinced that a sustainable solution to the conflict can only take place on the basis of international law. Our thoughts are with all people on site. The safety and integrity of everybody, including our employees, is top priority.” Skoda has issued a statement regarding Russia’s invasion of Ukraine. The Czech company, which has around 600 employees in the country and produces vehicles there in Solomonovo, will donate around €400,000 (AUD613,000) to the charity People in Need.

It has also stated it will support any Ukrainian workers to “build a safe life in the Czech Republic”, assisting with visa applications, accommodation, language courses, employment and education.

“‘Human’ is one of our company’s brand values,” Skoda said. “Now it’s more important than ever to put this value into action. Join us in making a contribution and supporting those who need our help.”

Skoda is also having to reduce production, due to supply shortages caused by the invasion.

“Due to the current situation in Ukraine, Skoda Auto is facing critical supply shortages of parts from several local suppliers that have an effect on some of our models,” the company said. “This is the reason why we will limit production of the Enyaq iV from this week on.”

Skoda’s supply chain consists of several suppliers based in western Ukraine. It also has two factories in Russia, which are still running. Further disruption is expected.

“The sales strategy in Russia and Ukraine is currently the subject of intensive discussions. Sales in both Ukraine and Russia can be expected to fall in view of recent developments,” the company said.

Russia was Skoda’s second-biggest market in 2021, taking delivery of around 90,000 vehicles. Volkswagen has paused deliveries of cars to local dealerships in Russia, due to supply chain issues exacerbated by Russia’s invasion of Ukraine, the Russian RIA news agency has reported.

Production will be halted for “several days” this week at two factories in Volkswagen’s home country of Germany, because required parts haven’t been made in Ukraine. Volvo became the first automotive brand to take action in the midst of Russia’s invasion of Ukraine, suspending car shipments to the country until further notice.

Volvo said it made the decision because of “potential risks associated with trading material with Russia, including the sanctions imposed by the EU and US,” according to Reuters.

The Swedish company sold around 9000 cars in Russia in 2021, these coming to the country from factories in Sweden, China and the US.