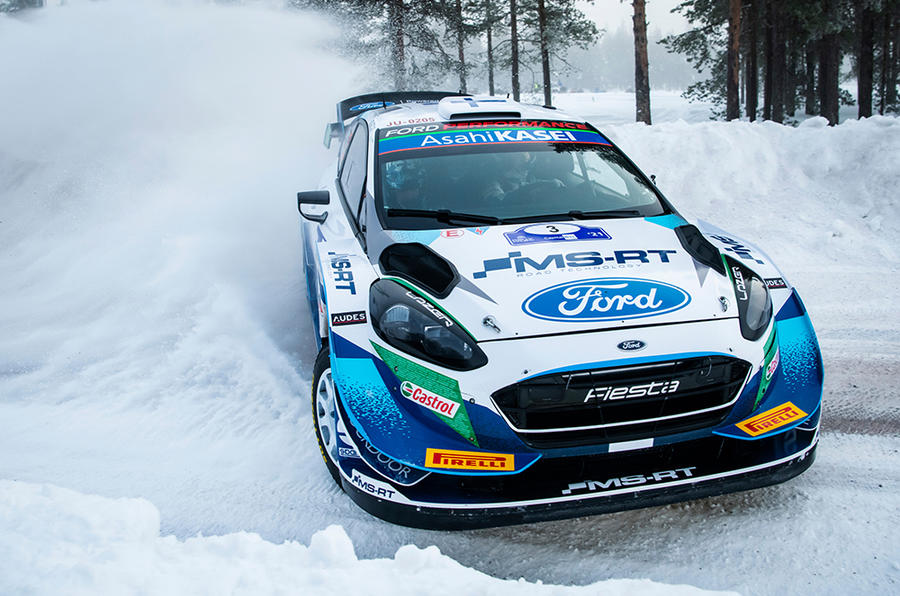 Minus 20deg C is the sort of temperature at which it gets hard to breathe – let alone service a car. Yet this is exactly what rally mechanics are expected to do on the Arctic Rally Finland. The clue is in the name, with the service park located right next to the Arctic Circle and Santa Claus Village.

In the end, temperatures warmed up to just below zero for the rally: positively tropical under the circumstances. But at the test, it was closer to -20deg C and in the past it’s been as cold as -38, with a very real risk of hypothermia. The cars are adapted specifically to suit the extreme conditions – and so are the mechanics.

Keiron Bowness, M-Sport’s head event technician, explains that the Arctic Rally is probably the most challenging event of the year for the mechanics. “It gets to the point sometimes that you can’t physically complete a job, and somebody else has to take over,” he says. “When you can’t feel anything in your fingers, there’s no way to carry on. So everything takes a lot longer.” Although the conditions are like nowhere else, the short time allocated for service remains the same: with entire gearboxes having to be replaced in a matter of minutes, for example. The mechanics wear thick thermal suits on top of their usual overalls, but while these are crucial for survival, they make the job harder.

“It feels like you and everyone else is taking up so much more space than normal,” adds Bowness. “When there are several of you under the car, it gets really cramped. That can make it harder to work together, but on the whole everyone copes pretty well.” It’s not just the team who need protection against the elements, but also their tools. The oil in the jacks can thicken, making them sluggish, while the cold runs down the batteries in the wheel guns. “They still work, but slower, and they get stuck too – so you have to try to keep everything as warm as you can,” says Bowness.

Ice is one of the biggest enemies, building up all over the car and costing time as it needs to be scraped off before any serious maintenance can begin (although driver and co-driver do what they can by knocking off as much ice as possible before heading into service, using scrapers kept in the car specifically for the purpose). Incredibly, the ice that collects on a rally car can add up to around 60kg if left unchecked: the weight of an extra co-driver, essentially.

“All of these things add up to make the Arctic Rally unique,” concludes Bowness. “But the actual rally probably isn’t the hardest part: in testing, you’re often out servicing somewhere remote without the usual tents and stuff.” Never seen before images of the Mitsubishi Starion 4WD show how the brand’s Group B challenger would have shaped up. Fresh light has been cast...
Read more

Oliver Solberg is on track for WRC greatness

What's it like to take up a sport your dad had so much success in? The young Swede explains. Rally drivers, just like the policemen...
Read more

After a long absence, the African classic is back on the calendar, meaning we're due some seriously impressive rallying. As it stands, following the latest...
Read more