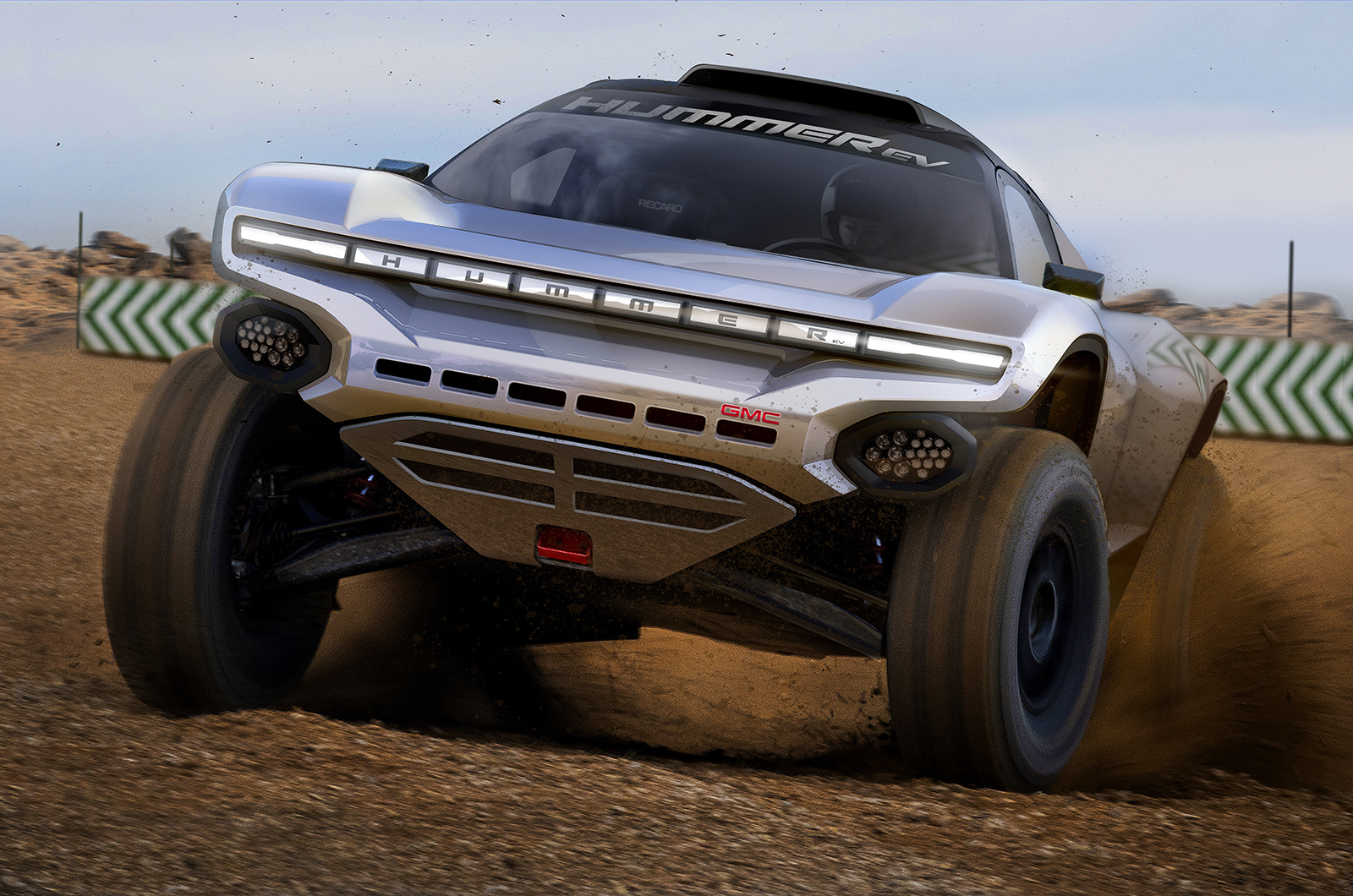 GMC Hummer, which will be revived this year as an electric-only premium SUV and pick-up brand, has signed a multi-year deal to compete in the new Extreme E off-road series.

The new 735kW Hummer EV ‘super truck’ was revealed last year as the first machine from the General Motors-owned brand since 2009, with, with sales due to begin in the USA in 2022. To promote the brand, GMC has agreed a multi-year deal to sponsor the Chip Ganassi Racing entry in the new Extreme E series for 410kW off-road SUVs racing in five remote locations. GMC is the second major manufacturer to sign up for the championship, joining Seat’s spin-off brand Cupra.

While Extreme E features a one-make space frame electric SUV, teams are allowed to fit unique styling elements, including on the frontal grille area, in order to make them look like road-going vehicles. An official render shows how the Hummer entry will look, featuring a grille similar to the new EV.

Jim Campbell, GM’s motorsport boss, said: “Both GMC Hummer EV and the Extreme E series are designed to be revolutionary – to challenge perceptions of electric vehicles and to showcase their true capability.”

Chip Ganassi Racing is one off America’s top motorsport teams and currently competed in both NASCAR and IndyCar, and has already signed experienced off-road racers Kyle LeDuc and Sara Price as its driver pairing for this year.

Competing in Extreme E, which has a heavy focus on raising environmental awareness to tackle clime change, will also allow GMC to reinforce the different between the new electric-only Hummer and the firm’s original line of heavy SUVs based on military vehicles.

745kW Hummer electric ute and wagon to sprint from 0-100km/h in three seconds. The new GMC Hummer EV, the first in a line of premium electric SUVs and...
Read more