It will effectively be a sister to the existing Extreme E series, featuring the same control chassis and sporting regulations and running on the same events. That means it will compete in remote locations affected by climate change and feature teams of male and female drivers.

The only difference between the two categories will be the powertrain: while Extreme E cars use a battery electric powertrain, Extreme H cars will draw power from a hydrogen fuel cell system.

Organisers have yet to outline the specifics of the powertrain, but hinted it will roughly match the 400kW output of an Extreme E car and said their goal is to begin testing a prototype early next year. 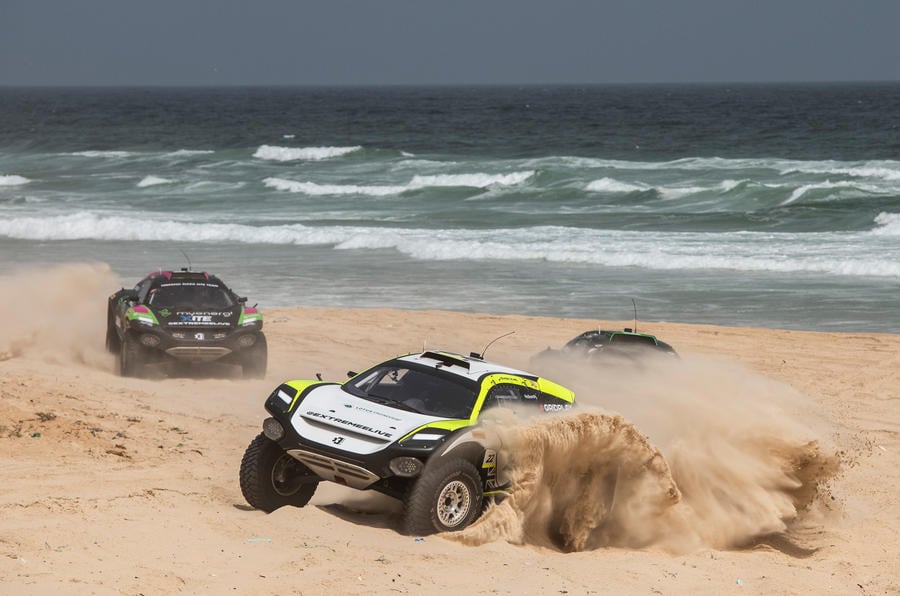 Series boss Alejandro Agag, who also founded the Formula E electric single-seater championship, said: “Extreme E was designed to be a testbed for innovation and solutions for mobility. It has become increasingly clear to us that creating a hydrogen racing series is a natural evolution of our mission to showcase the possibilities of new technologies in the race to fight climate issues.

“Sport is the fastest and most effective platform for driving innovation, and by using the existing Extreme E platform, we can also utilise our transport, talent and operations to ensure we’re minimising footprint in the process. This effectively means we can have double the race action with marginal additional impact.”

While the two series will run as separate events, Agag added that they could stage some form of combined final at events – potentially utilising a ‘relay’ format with one driver in an XE car and the other in the XH machine. Asked about criticisms that hydrogen-electric powertrains aren’t as efficient as battery-electric versions, Agag said: “I’ve heard this question and I understand the critics, but my view is that I just get on with it. Hydrogen is an option that can help in the mix.

While hydrogen has advantages over battery electric cars over longer ranges, Agag added that Extreme H would stick with the same short-race format as Extreme E. “It’s a format that works for us, works on the event and makes for great TV,” he said.

While organisers wouldn’t go into specifics, it’s likely that the Extreme H series could benefit from the charging system already developed for Extreme E. The battery-electric off-road 4x4s are charged from a generator developed by British firm AFC Energy, powered by ‘green hydrogen’ developed on site through solar-generated electricity and water.