MONACO IS A PLACE OF HIGH GLAMOUR, where billionaires eye up each other’s superyachts and fritter away fortunes in casinos. It’s provided the backdrop for movie stars and moguls, but for car enthusiasts it is famous for one thing – motorsport.The principality hosts the two most prestigious events in the world – the Monaco Grand Prix, and the opening round of the World Rally Championship, the Monte Carlo Rally.While we couldn’t get hold of a Mercedes-AMG F1 W09 EQ to set a lap time on the streets of Monaco, or an example of Hyundai’s stage-winning i20 WRC machine, we did find the key to a new hot hatch that should be the perfect fit for our final destination.

That destination is the Col de Turini, widely regarded as one of the toughest and most exhilarating of the WRC calendar. It’s tested all of the great drivers and cars from history, making heroes and legends in every generation. Hopkirk in a Mini, Carlsson in a Saab and McRae in a Subaru – all have taken on the Col de Turini and its weather. Some more successfully than others. The special stage stretches from La Bollène-Vésubie to Sospel via an extremely challenging and technical stretch of road, mixing 34 switchback hairpins with quick corners that cling to the rockface. It is a challenge for any car and driver, the rewards coming from the breathtaking landscape as you drive higher into the Alps.

For these sorts of roads the supercars littering the streets of Monaco would retire on stage one. Too wide, intimidating and totally unsuitable they’d be as thrilling as a no-frills airline. What we need on the Col is something nimble, compact, punchy and responsive. A hot hatch to you and me. One with a link to a WRC car would be better still.

Hyundai’s motorsport division knows the Monte Carlo Rally well, having competed in the WRC since 2014. And it’s this knowledge and experience that has fed directly into the development of the company’s first serious performance cars. 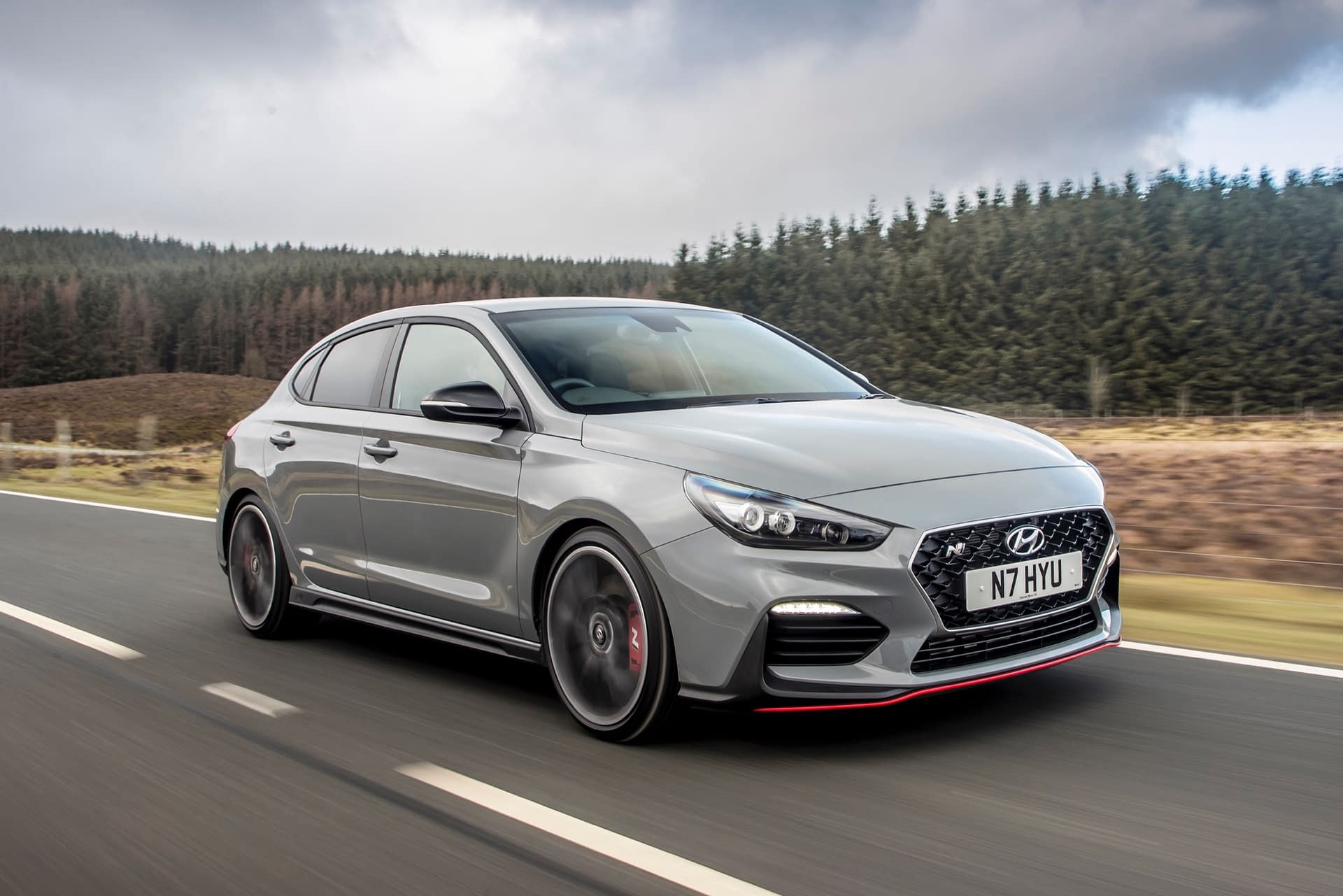 “The Monte is special because it is historic of course,” says Hyundai WRC driver Thierry Neuville, a man who knows the stage well, and who was beaten into 2nd place overall in 2019 by just 2.2sec – the tightest Monte Carlo finish in its 87-year history. “The Col de Turini is interesting due to the weather. At the bottom it is warm, with bright sunshine. Then at the top it is ice and snow.” What advice would does he give for driving it in a road car? “Admire the view, but don’t look at the drops – they are too scary.”

Andrea Adamo, Hyundai Motorsport’s team director, agrees about the historical importance of the Monte: “Like Le Mans or the Indy 500, the Monte Carlo Rally is something which even my mother has heard of. To win here is very special.”

Advice from Neuville and the rest of the motorsport division HYUNDAI i30 Nhas genuinely led to changes in the road car we are driving. Our N Fastback features an electronically controlled limited-slip diff, 19-inch alloy wheels, and Pirelli P Zero tyres developed specifically by the Italian tyre manufacturer for Hyundai’s N models. It’s this attention to detail that makes the N range such an enticing proposition. This depth of engineering and development is normally reserved for more exotic and bespoke machinery.

The larger brakes not only look the part and withstand the pressures of repeated stops, but the pedal action is consistent and progressive, making them easier to modulate. They have also been engineered to keep unsprung mass to a minimum. Throw in the active exhaust and switchable driver modes and the i30 doesn’t need much encouragement to demonstrate its motorsport DNA. 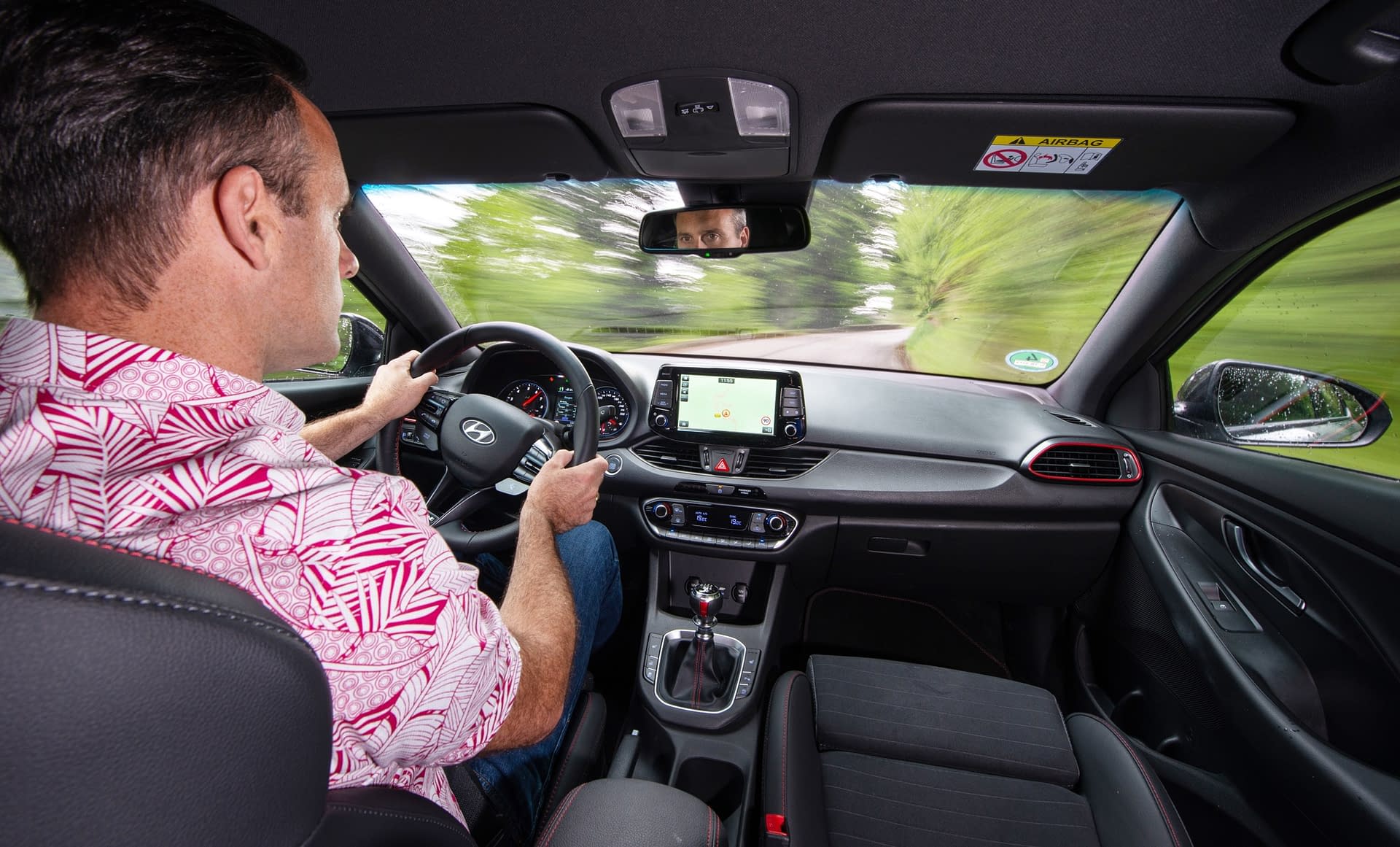 On roads as challenging as the Col de Turini, the i30 Fastback N excels. Its stiffened bodyshell and rear strut brace provide the grip, the body control and reassurance, as the e-diff modulates power between the front pair of Pirellis without wasting forward momentum.

There’s a real rhythm to driving a route such as this. Once you get a feel for the car and the road, you learn to get everything just right: the speed, the braking, the turn-in points, and feeding in the power at just the right moment. You need to make slight adjustments to allow for changes to the weather and surface, but get it right and the Col delivers endless rewards with each section completed. And then you arrive at the summit, greeted by the view over Monaco below and the Alps beyond. It’s a magical place.

Hyundai’s first attempt at a hot hatch, whether N or FastbackN, is a remarkable achievement. The philosophy of adding maximum feel and engagement allows the driver to enjoy a road such as the Col de Turini to the maximum. In the home of the casino, it feels like Hyundai holds all the aces. 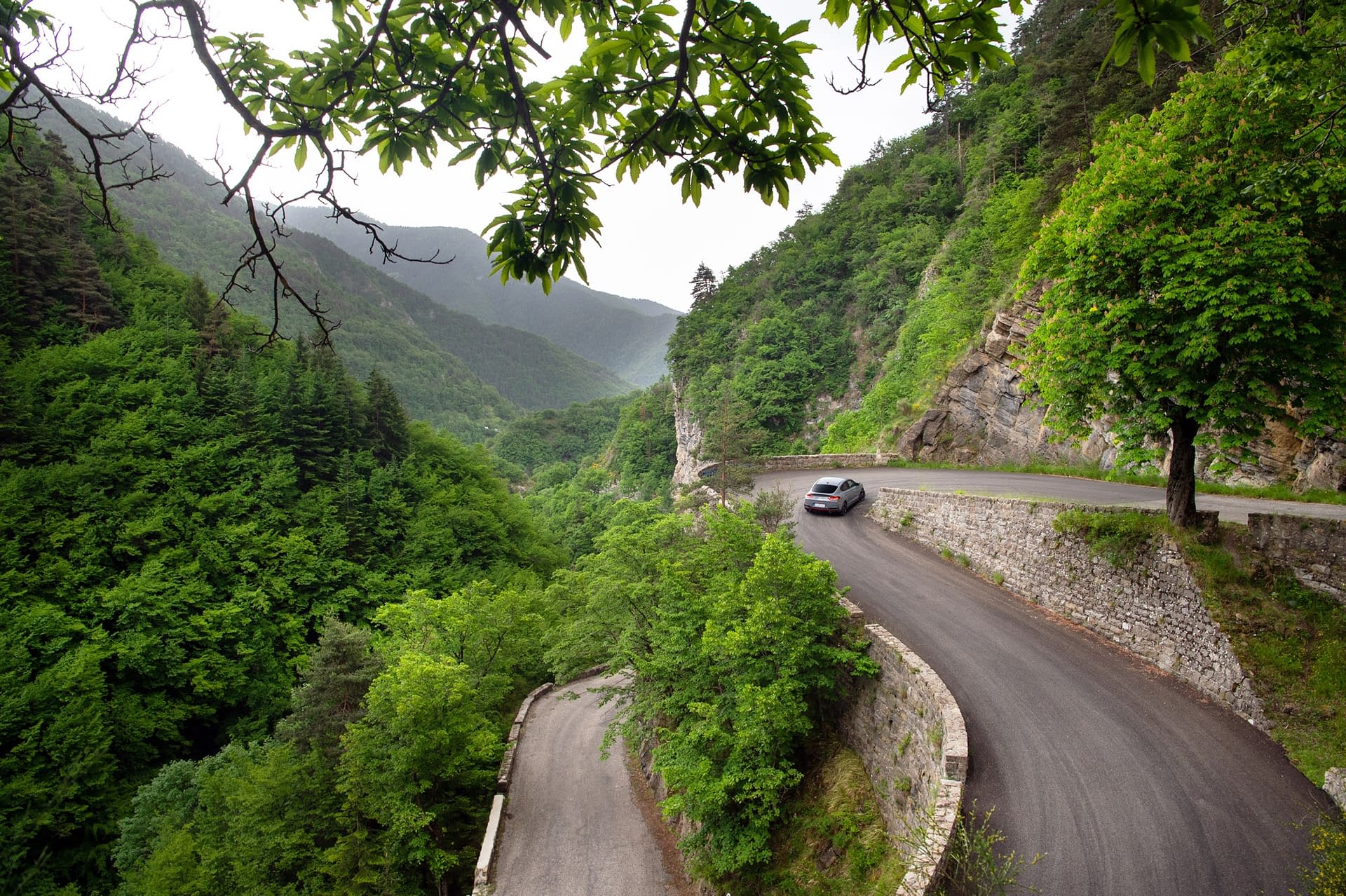