We speak to Christian Horner on developing new powertrains, Michael Masi’s exit, and a potential partnership with Porsche.

Max Verstappen will begin the defence of his Formula 1 World Championship in Bahrain on Sunday.

All-new chassis regulations represent the biggest design shake-up in nearly 40 years, with a clear aim to improve the racing spectacle. The regulations for the 1.6-litre V6 turbo hybrid powertrains remain stable, but with a couple of crucial caveats: a power-sapping E10 fuel has been introduced, while homologation has been frozen from now until 2026, when a new-generation powertrain will be introduced. So what each team has now is what they will have for the next four seasons. Development was frantic before the big freeze. For Verstappen, this ruling was particularly crucial because, at least for now, his Red Bull Racing team no longer has the support of a manufacturer engine supply, following Honda’s withdrawal from F1. Then again, he shouldn’t notice the difference, thanks to a deal for Red Bull to buy and utilise Honda’s F1 intellectual property.

The champion clearly has faith as Red Bull steps up as a newly independent F1 powerhouse: he has just signed a ‘golden handcuffs’ deal extension said to be worth north of forty million euros per year that will keep him in Milton Keynes until the end of 2028.

A few days before the deal was announced and between the two pre-season tests, Automotive Daily Network partner Autocar paid a visit to Red Bull’s expanding campus to catch up with team principal Christian Horner. In the office next door, technical director Adrian Newey is buzzing around during what is the busiest time of an F1 team’s year. Horner has plenty on his plate too, finalising plans for the new powertrain facility (which he says should be fully operational by June) and completing an aggressive recruitment drive, while also fighting the usual political wars that are part and parcel of an F1 chief’s existence. No wonder the 48-year-old looks a little tired. “The past 12 months have been absolutely flat out in building the facility and recruiting the best talent,” he says.

Many of the new arrivals, including technical director Ben Hodgkinson, have been poached directly from arch-rival Mercedes-AMG High Performance Powertrains in Brixworth, just the other side of the M1.

Buying in a Mercedes or Renault powertrain was never an option for Red Bull: far too many burnt bridges. “[Finalising] the regulations was key and the homologation freeze was fundamental,” says Horner, “plus Honda gave us a soft landing. We have a Honda product running under licence, effectively.

“They’ve had a positive winter, as if they were still in the sport. The only difference is we’ve been billed for it now. Obviously it’s a significant amount of cost, but thankfully we had such a competitive year in 2021 that we’ve brought in a title sponsor [software company Oracle], which is probably one of the biggest deals ever in F1. Then other supplementary deals have brought in a significant amount of revenue, which has gone straight towards the engine costs.”

Now all attention switches to the 2026 powertrain. It’s an odd contradiction that while F1 teams are tied to a strict annual cost cap, which is $140m (AUD$191m) for this second year of limitation, Red Bull is ploughing eye-watering sums into its new engine department. For Horner, this is a daunting and yet exciting time.

“We currently have about 250 people employed in Red Bull Powertrains,” he says. “We expect to have a headcount of between 350 and 400 by the end of this year and we’re on schedule to have our first [2026] engine running before the end of the year, too.”

So what else will Red Bull Powertrains work on? “Nothing. It’s purely F1. We could accommodate a track car, but this is the first facility like this since Mercedes HPP, set up bespoke to do F1 engines. It’s the next chapter for the team and business.” Bear in mind that each F1 car is limited to the use of just three internal combustion engines per season. The staff-to-product ratio in F1 is astonishing.

But will Red Bull’s new indie status be short-lived? Speculation over a 2026 deal with Porsche remains rife.

“Obviously it’s great that manufacturers are showing an interest in coming into the sport,” says Horner. “We’re in a strong position, because we’re up and running with a new facility.”

But if Red Bull is to be responsible for the design and building of powertrains, what would Porsche do? What would a car maker with its own proud sporting record get out of such a partnership?

“It would need to be exactly that: a partnership,” replies Horner. “There’s obviously been discussion.” For many, Verstappen’s first F1 title is tainted by the Abu Dhabi Grand Prix controversy that has cost F1 race director Michael Masi his job. Horner dismisses any suggestion of a hangover into the new season, however.

“We did nothing wrong,” he points out. “We made the right calls strategically. One could argue that Mercedes made a mistake by leaving Lewis [Hamilton] out on 44-lap-old tyres that he was always going to be exposed on. A lot of smoke has been created around what was a tactical error that we got right. Max still had to make the pass, to get the job done, and he did that.”

Horner insists “the biggest winner last year was the sport”, as Mercedes was beaten for the first time since the hybrid era began in 2014. 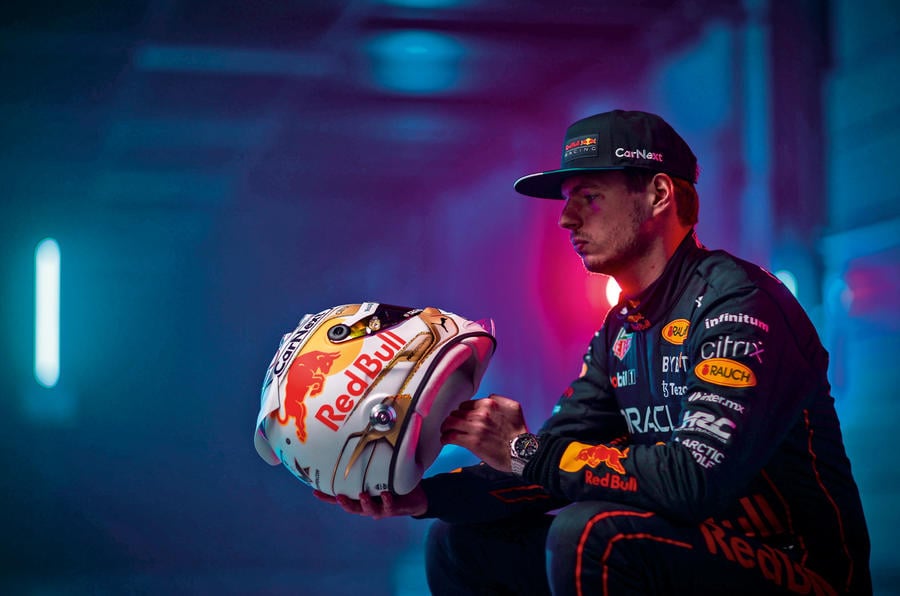 This increasingly bitter rivalry isn’t a fiction created for the TV cameras. Horner rates 2021 as the “most intense and rewarding” season he has experienced.

“There was so much politics, so much lobbying of the FIA, and in the background Red Bull Powertrains was being built, with 60-odd members of staff coming from HPP to join this exciting project,” he says. “That didn’t help the Red Bull-Mercedes love-in.”

Now F1’s heavyweights are stepping back into the ring. Seconds out, round two.