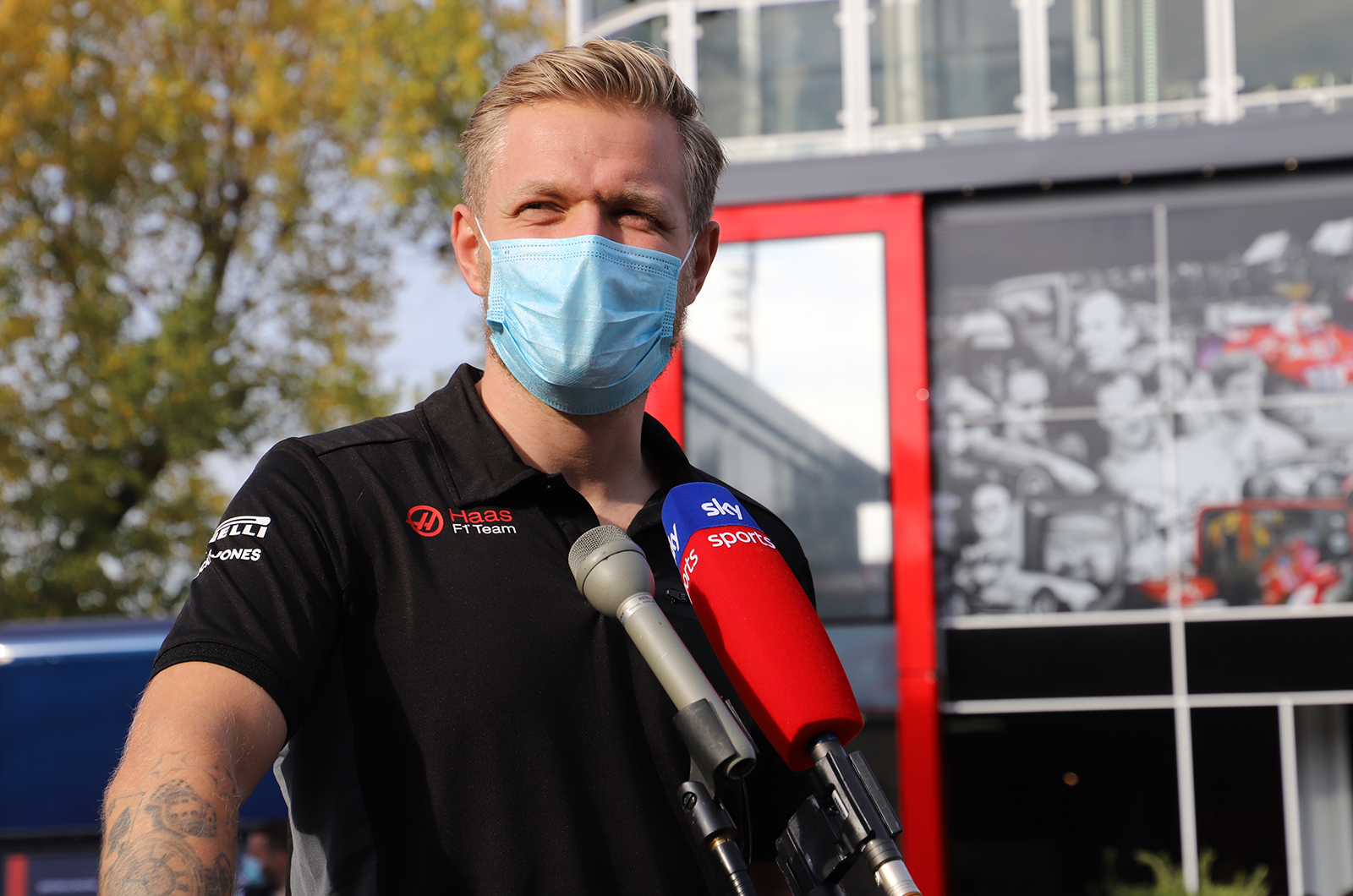 Kevin Magnussen says the desire to battle for wins again was key to his decision to sign with Peugeot for the firm’s return to the top class of the Le Mans 24 Hours in 2022.

The 28-year-old Dane was ditched by the Haas Formula 1 team at the end of 2020, ending his F1 career after seven seasons. He now drives a Cadillac prototype for Chip Ganassi Racing team in the American IMSA sports car championship, and he will work with Peugeot as it develops a new Le Mans Hypercar contender for its World Endurance Championship (WEC) return next year.

The sports car switch marks a major career change for Magnussen, who made his F1 debut with McLaren in 2014, finishing second in his first race. That result would prove to be his only podium during an F1 career that also included a season at Renault.

After the Peugeot deal was made public, Magnussen spoke to a select group of media about his F1 career and his new goals.

What was the appeal of joining Peugeot?

“Peugeot has a good record at Le Mans. My ambition is to be successful and win it. My dad [former works Chevrolet Corvette racer Jan Magnussen] has been racing at Le Mans for more than 20 years. It has been a dream of mine to race it one day. I couldn’t imagine a better way to do it then with Peugeot.”

Was it the plan to combine racing in the IMSA championship with helping Peugeot prepare?

Is it nice to have your future secure for a few years?

“I’m very pleased with what the next years will bring for me. I’m just excited to get started. I’m not really thinking too far ahead. The work with Peugeot will start towards the end of the year for me, and I’m looking forward to that.

Haas team boss Guenther Steiner said he would consider you as a replacement driver should the team need one. Would that interest you?

“It’s very difficult to say at this moment. I don’t think it would be that interesting. I’ll always be there for the team; I had some good years with them and I’ll be available for advice. Guenther is a friend and I have many good friends within the team. But racing as a one-off, I don’t really have much interest in that. I like to be fully focused on what I’m doing. I miss winning too much. I had seven years in F1, and doing one more race just for the laps isn’t that interesting.”

You said last year that you were driving better than ever. Do you have any regrets about leaving F1?

“I got to the point where I felt I was ready to take some sort of step. I felt I had been in pretty much the same spot for a couple of years, not really making any progress, not really going anywhere. I’m an ambitious person; I’m driven by competing and competing for wins. I didn’t feel I was really doing that in F1. I was at my highest level as a driver, I continued to develop as a driver even though the results weren’t getting any better in F1.

“In my first race in F1, I finished P2, and that’s certainly not the race where I did the best job. I continued to get better as a driver, and after seven years I felt in a very good spot, and with the experience I have, I was ready to take some sort of step, and this is the perfect step for me.”

So are you drawing a line under your F1 career?

“If Mercedes came and asked if I wanted to drive, I think everyone would look at that very seriously. But I’ve given F1 a very fair shot and done my best to try to be successful. I feel very, very lucky to be able to live my childhood dream of racing in F1. I have a trophy at home from an F1 race, which is something I dreamed about. I just feel I gave it a good shot, I’ve done it and I’m ready to go and win some stuff again.”