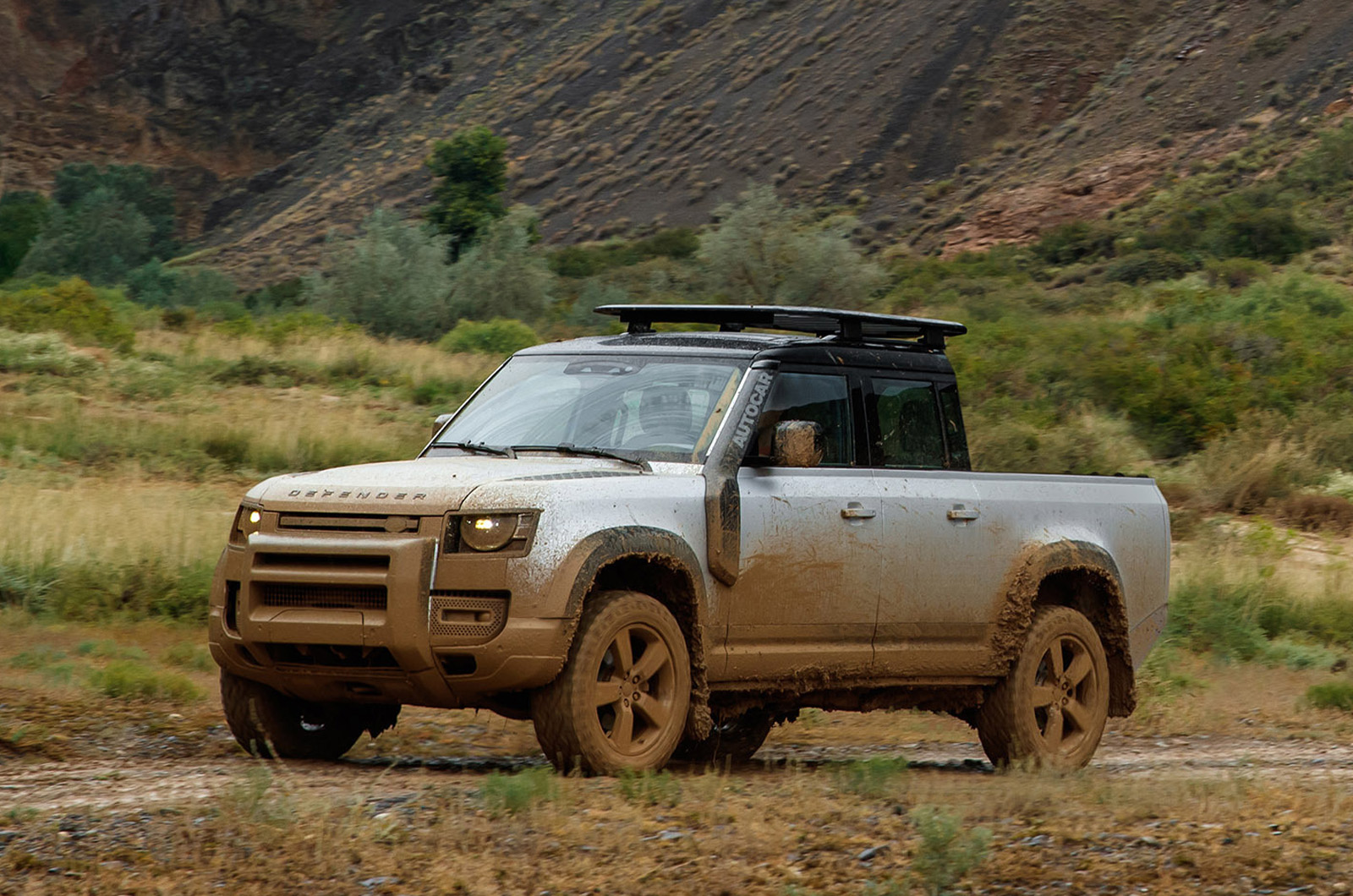 Land Rover has given the biggest hint yet that it will introduce a ute version of the new Defender to rival the Ford Ranger and Volkswagen Amarok.

The firm has previously hinted that an open-backed version of its reborn 4×4 would be “technically possible” but hadn’t yet voiced a concrete intention to put such a model into production.

Now, though, Jaguar Land Rover’s executive director of vehicle programmes, Nick Collins, has told Car of the Year that not only is a Defender ute feasible but that “there is customer demand” enough to justify one.

Collins confirmed that “there were no structural limitations” to a Defender pick-up and that “you can make a pick-up from a monocoque” – although nearly all mainstream pick-ups are based on vehicles with a separate chassis and body.

“We always said the Defender would be a family,” Collins said, and that while talking about future plans should be “saved for another day”, we should “watch this space” with regards to a ute version. An open-backed Defender would be aimed squarely at the hugely market in the US and Australia and the burgeoning pick-up market in Europe. It would also stand to help Land Rover steal some sales from the long-reigning Toyota Land Cruiser in developing markets including South America and Africa.

As previously reported by Automotive Daily’s exclusive partner Autocar, the Defender pick-up will be offered with a choice of petrol and diesel units from the standard Defender line-up and likely offered exclusively in long-wheelbase 110 guise.

Like the Ranger, Nissan Navara and Toyota Hilux, it will likely be offered with a comprehensive selection of trim levels, ranging from cheaper and minimalist utility-spec examples right up to more premium offerings at the top end.

Land Rover has so far introduced 90 and 110 short- and long-wheelbase car variants of the Defender and is currently rolling out ‘hard top’ commercial versions of both.

A Defender 130 with the long wheelbase and an extended rear load bay is also coming, as are plug-in hybrid variants of the long-wheelbase car to supplement the pure-ICE versions.

The new Land Rover Defender 90 P300 shows us its strengths in our off road review. We know what the top-spec Defender 90 is like...
Read more