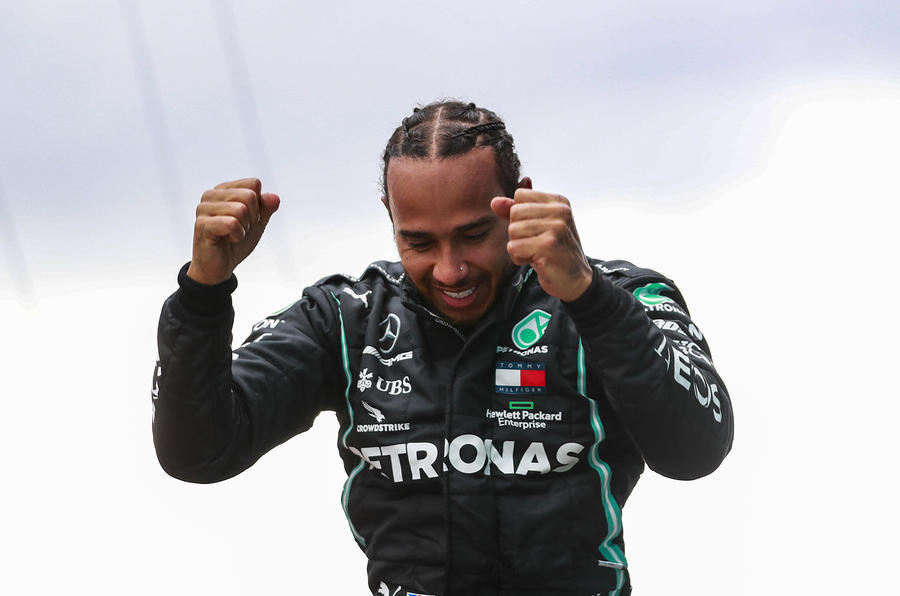 Sir Lewis Hamilton has indicated this week that he intends to race on in 2022, which has to be seen as good news for Formula 1.

During a press conference ahead of the Portuguese Grand Prix this weekend, the 36-year-old seven-time world champion said he “planned to be here next year” in answer to a question about his recent test of the new 18in Pirelli tyres that will be used next season.

Are you groaning or cheering? For me, it’s great. I make no apology for my admiration of Hamilton. But the best bit is it would mean a continuation of what’s already looking like a classic duel with Max Verstappen this season, in the wake of Red Bull’s rejuvenation.

We’ve lost so many great rivalries over the years: Sir Stirling Moss retired with injury before Jim Clark hit his stride in the 1960s; then Clark died before Sir Jackie Stewart and Tyrrell became a force; Stewart retired before Niki Lauda and Ferrari shone in the 1970s; and Ayrton Senna was killed just as his rivalry with Michael Schumacher was firing up.

Hamilton versus Verstappen could be among the best we’ve seen. Let’s not lose it just as it’s getting good, especially as we’ve waited so long for it to spark.

If Hamilton does race on, it has a big knock-on effect for George Russell and Valtteri Bottas. As their Imola collision highlighted, there’s palpable tension between this pair, because only one of them can partner Hamilton at the best team on the grid if Hamilton doesn’t quit. And the odds are massively in Russell’s favour.

So, what will happen to Bottas? He’s struggling right now but, at 31, he’s far from spent. Given the Mercedes link, if I were running Aston Martin, I would sign him in place of Sebastian Vettel.

Leaving Mercedes will be tough for the Finn, but Aston would be a chance to refocus in a manner expected of Vettel at the moment. He would be a great signing.