Lexus will ramp up its electrification drive with the launch of its first plug-in hybrid (PHEV) model later this year, followed in 2022 by its debut bespoke electric car.

The Japanese premium brand expects electrified models to account for more than half of its global sales by 2025, by which point it will have introduced 10 new hybrid, PHEV and pure-EV cars.

Little is known about the new PHEV and EV, but Lexus recently gave clues as to the design of its new-era cars with the radical LF-Z Electrified concept.

Defining features of the LF-Z’s design, and ones that are likely to be carried over to production EVs, include a new version of Lexus’s trademark ‘spindle’ grille, a wrap-around rear light bar, a new brand logo and a sleek, low-slung silhouette.

The concept was said to sit atop an all-new dedicated EV platform, which for production cars will likely be parent company Toyota’s new bZ architecture, developed in collaboration with Subaru. Technical specifications, therefore, will no doubt be similar to those of Toyota’s new bZ4X SUV, which packs a dual-motor, four-wheel-drive powertrain, an inbuilt solar charging panel and the promise of “a very competitive driving range”. The LF-Z concept houses a 90kWh battery pack, which can charge at up to 150kW and offers an official range of 600 kilometres.

Both the bZ4X and LF-Z concepts feature an innovative ‘steer-by-wire’ system, yet to be seen on any production car. Lexus has now confirmed the system will also be used for production EVs, which will also use four-wheel-drive powertrains. 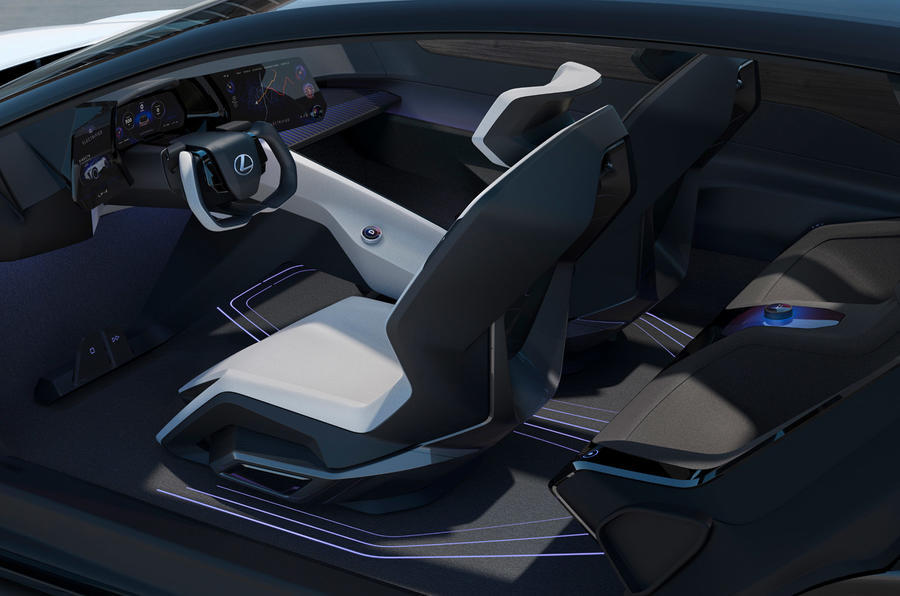 Less is known about Lexus’s first PHEV, but the NX crossover, set to enter its second generation in the coming months, is a likely candidate, given that it shares its underpinnings with the Toyota RAV4. The new RAV4 Plug-in Hybrid packs a combined 225kW and can travel 75 kilometres on EV power alone, figures that would be largely replicated by a mechanically identical version of the NX.