An unusual high-riding Porsche 911 prototype has been seen testing on the road, reigniting suggestions that a rally-inspired ‘Safari’ model is in the works.

The prototype, which in all other respects appears to be a standard 992-generation model, features a clearly raised ride height with the arch gap filled by styrofoam cladding. Such cladding has sometimes been used to help test and develop suspension set-ups, and to hide new developments such as air suspension.

However, it could be there to try to hide the extra space in the wheel arch. It could, therefore, be an early mule for a long-mooted project to introduce a crossover-style ‘Safari’ model as a limited-run special.

Porsche is refusing to comment on the latest spy shots. However, in 2018, Porsche sales boss Detlev von Platen hinted at such a model when speaking to Automotive Daily’s exclusive Autocar sources in India. 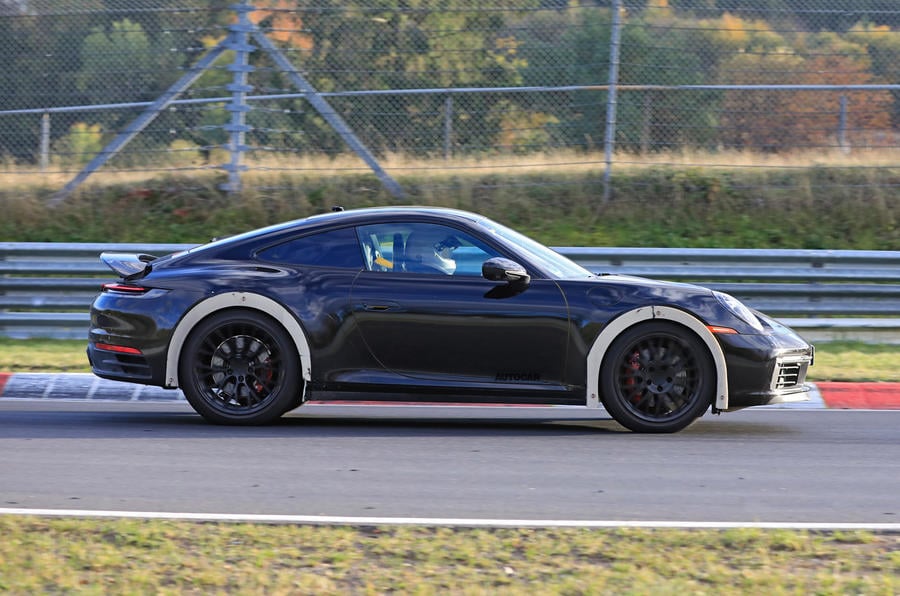 “Taking the 911 and making an SUV out of it? Taking it higher? That could be a good idea, and of course it [a raised-up 911] won’t be a model range but it will be a limited, very niche product,” he said. Porsche has consistently indicated a desire to expand derivates of the 911 and do more special variants, too.

The Stuttgart brand has a history with raised-up versions of its sports cars, albeit one based in motorsport. The company used jacked-up 911s in the late 1970s and early 1980s in rally special stages, and was the only team in the 1978 East African Safari Classic Rally to get both of its cars across the finish line. Although never a production model, the ‘Safari’ name became a pseudonym for aftermarket rally 911 builds.