Cars like the McLaren Senna and Lamborghini Centenario have made aerodynamics out to be a bit of a dirty word in certain circles, haven’t they? I guess it all started with the Ferrari Enzo two decades ago; and I can remember the muttering even back then.

Quite plainly, a sizable and growing proportion of the people who buy the world’s highest-of-high-performance road cars don’t want them to look quite so aggressively purposeful as they have of late. Well, perhaps they won’t for much longer. Are we now in the ‘post-angry’ age of hypercar design? Have we progressed beyond the stage of simply putting ever bigger and bigger wings, splitters and diffusers on these outlandish machines? Of allowing their little winglets, ‘flics’ and protuberances to proliferate as freely as airborne pathogens at a busy wet market, just ‘because downforce’?

I, for one, hope so. And I’m admitting as much as someone who does appreciate the brutalist, anti-beautiful looks of the incredible Senna, I might add; but who finds the Speedtail so much more interesting to behold. I’ve just had a happy and revealing hour contemplating the Lotus Evija while on the phone with Lotus’s head of aerodynamics, Richard Hill. This is a staggering car in all sorts of ways. If I’m lucky enough ever to drive one, I’m not sure I’ll have much brainpower left to assess how the aero on it might be working – what with almost 2000 torque-vectored horsepower to puzzle over first. I simply can’t fathom what that must feel like under your right foot.

“High-downforce hypercar design can be elegant and nuanced.” Quite apart from being one of Richard’s openers to me, that is also unquestionably what the looks of this all-electric, $3.5 million Lotus are declaring.

“You can generate downforce more aggressively, with huge wings and splitters,” he goes on, “but you don’t have to. I don’t need a big wing on the back when the whole underbody of the car works just like one.” 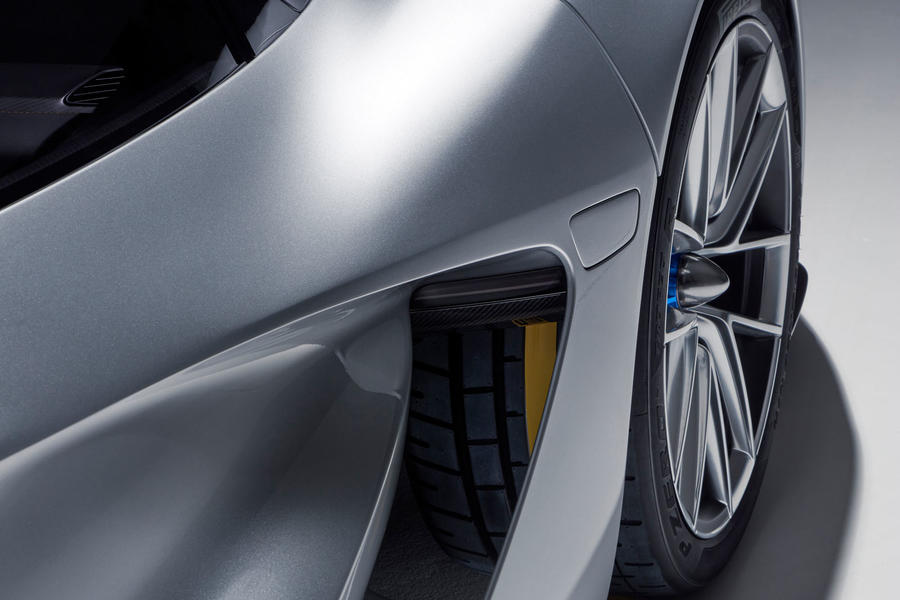 “We decided early on that our approach with the Evija would be more subtle and sophisticated; that the aerodynamic performance of the car would naturally flow from detailed consideration of the way in which air flows around, over, under and through the car. Our design guys are incredibly capable; they can make anything I throw at them look elegant. We work hand in glove.”

The Evija has a deployable active rear wing, and other movable aerodynamic surfaces that give it several operating modes which juggle downforce against drag in different proportions. It doesn’t have variable ride height, though, and so doesn’t suck itself down onto the Tarmac like a Ford GT or McLaren P1. For now, Lotus remains coy about exactly how much downforce it might be able to make. It’s as much a road car as a track car, they say; which is probably code for ‘don’t expect Senna-like figures’.

What the Lotus does have are large venturi tunnels running through its bodywork and encircling its cabin, which create a sense of what its creators like to call ‘porosity’. The closer you look, the more clearly these aerodynamic features are revealed to you. And while features of their ilk are not unique to the Evija, they are particularly striking – feeding to a particular purpose unlike those of its rival hypercars.

“Our venturi tunnels allow the car to shape the airflow around it, rather than punching its way through it with brute force,” Hill goes on. “They feed air directly to the corners of the car, to cool the electric motors; but, more importantly, they also channel it down the sides of the car, accelerate it through the rear haunches and then fire it out into the car’s wake. By aiming that high-velocity air directly into the vacuum behind the car, we greatly reduce drag; and so, instead of hauling a parachute behind it, it’s as if the car’s towing a butterfly net instead.” 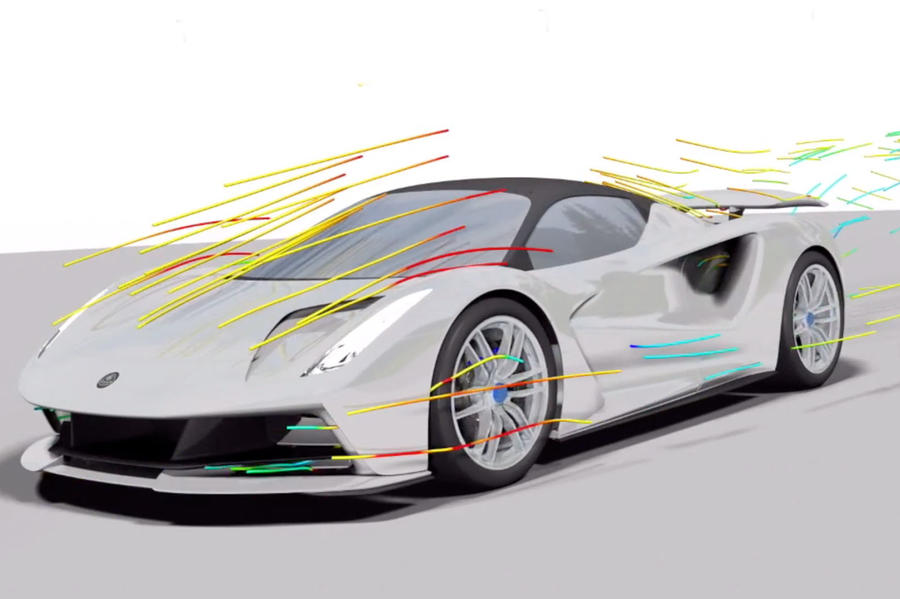 Clever, eh? And it’s all very well for $3.5m, all-electric hypercars, you might think. Surely that kind of design can’t work on more attainable cars? Well, our man claims otherwise.

“These kind of aerodynamic solutions are definitely transferable to other cars,” explains Hill.

“There are concepts here that would work on hybrids; high-performance combustion-engined cars, even.

“Working on a BEV hypercar has definitely been liberating, but we’re also setting a template for Lotus’s future design language.”