The radical E-R9 concept is Lotus’ vision of what endurance racing cars could look like in 2030.

Styled by Evija hypercar designer Russell Carr, it features an aircraft-inspired cockpit in a sweeping delta-wing body and would be “partly driven like a car and partly flown like a fighter jet”.

The E-R9 (E-R for ‘endurance racer’ and 9 in tribute to the British brand’s first Le Mans racer), is the work of the Lotus Engineering consultancy arm and showcases features and tech that could appear on future competition cars.

It’s a virtual design study for now, but chief aerodynamicist Richard Hill said the concept “incorporates technologies which we fully expect to develop and be practical”.

The E-R9’s aerodynamic efficiency is optimised by the use of ‘morphing’ body panels that expand on the concept of active aerodynamics, with the ability to effectively change the shape of the car to suit the driving situation. 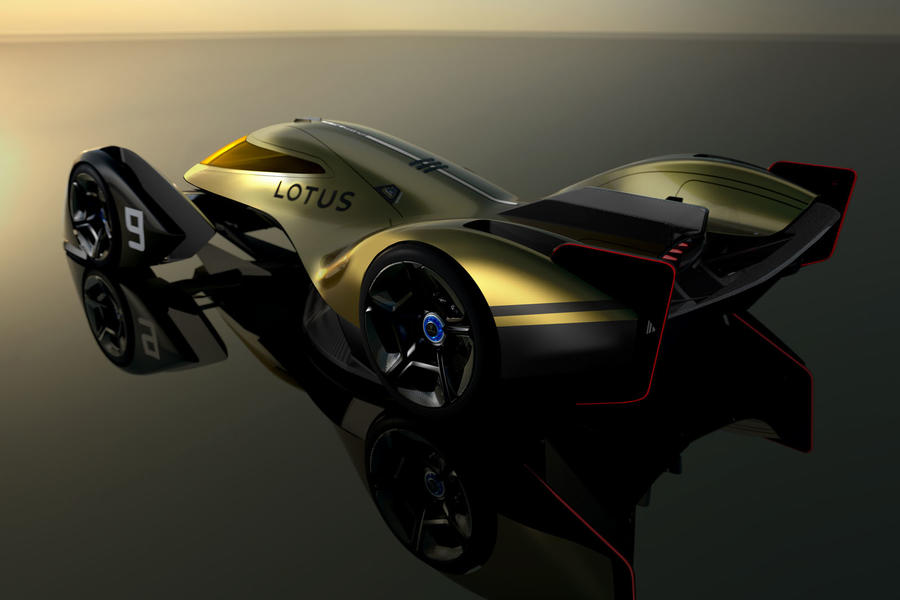 The functionality can be activated “at the press of a button” or automatically deployed according to data from in-built airflow sensors.

Lotus claims the racer’s shape-shifting capabilities allow for “minimum drag on the straights and maximum downforce in the corners,” adding that vertical control surfaces at the rear – similar to aircraft ailerons – help it to change direction more quickly.

Lotus hasn’t given detailed specifications of what lies beneath the unique bodywork, but we do know that the E-R9 follows the 1491kW Evija in featuring a high-output electric motor at each wheel to provide optimal traction and torque-vectoring functionality. Lotus added that the E-R9’s powertrain would be “fully adjustable on the move”.

The structure is also devised to allow rapid battery swaps. Currently, electric race cars, like those used in Formula E, have a limited range and lengthy charging times, so conventional endurance races are out of the question. Being able to quickly remove an exhausted battery and replace it with a full one would more closely replicate conventional cars’ rapid pit stops and maximise racing time. 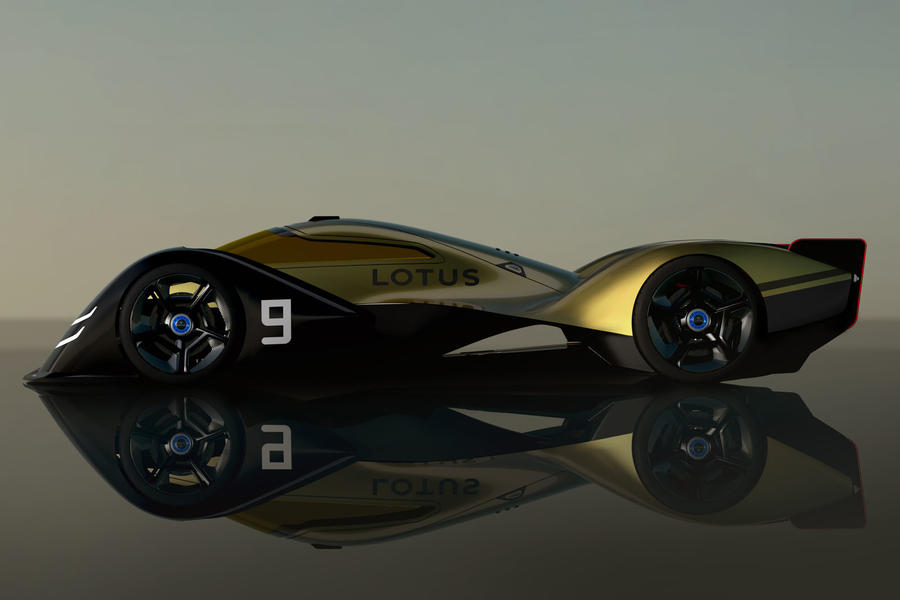 Platform engineer Louis Kerr, who is also responsible for the Evija, said: “Battery energy density and power density are developing significantly year on year. Before 2030, we will have mixed-cell-chemistry batteries that give the best of both worlds, as well as the ability to ‘hot swap’ batteries during pit stops.” Although Lotus hasn’t voiced the intention to build a full-scale model of the E-R9, functioning or otherwise, it notes that 2030 will mark the 75th anniversary of its debut Le Mans appearance.

Founder Colin Chapman was among those to drive the aluminium-bodied Mark IX.